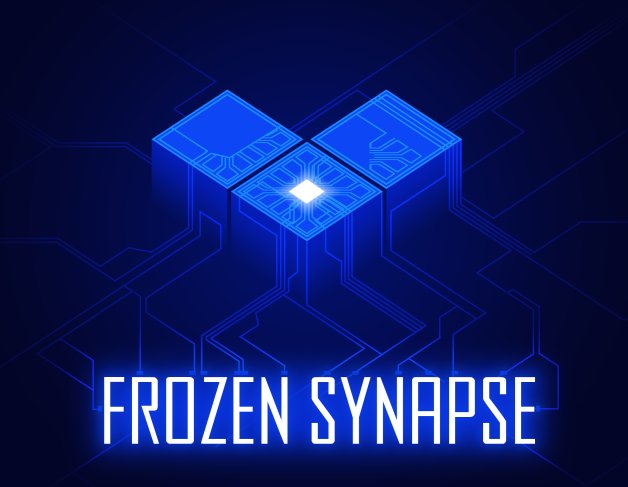 As I sit atop my ivory tower, I watch the blistering action unfold below me. My rifleman cautiously edges forward, ducking low behind a fortunately placed ledge to avoid the ever-present threat of enemy fire. Meanwhile, and on the other side of the map, my mixed squad of grenade and rocket launchers are positioning themselves tactically, hoping to catch the enemy off-guard and deliver a fatal blow to their unit-count.

Unfortunately, I underestimated my enemy, which would soon prove to be a fatal mistake. As my units slowly creep from their respective cover, a shotgun blast from close range dispatches my lone rifleman, whilst a well-placed rocket from the opposing team destroys not only my cover of choice, but also my remaining units. That’s it, game over. Welcome to the fast-paced world of Frozen Synapse, where it’s kill or be killed in a frantic struggle for total extermination.

Fluffy, descriptive introductions aside, Frozen Synapse is a very troublesome beast to define. In its simplest form, it appears to be a turn based strategy game. However, instead of taking turns to act, both players queue-up their painstakingly crafted orders before committing to their choices by pressing “Prime” – at which point, the movements of both parties happen at once, often resulting in an unanticipated turn of events. But then it’s not quite an action game either, as the utilisation of the ‘spacebar’ will demonstrate to you from the instant you begin playing. Tactics can be tested, scenarios can be played out and units can be ultimately lost to a poor decision, or failure to adequately trial manouvers, on your behalf. This is substantially different from other turn-based games such as Fallout, and the result is matches that often only last a few rounds. We’ve become accustomed to action games where you need only react to the movement of enemies (games that can be played with the bare minimal of brain function) yet Frozen Synapse requires you to think on your own; to predict the enemies next move, and counter accordingly. The necessity for forethought proves challenging at first, and it took a fair few attempts for my tired brain – on account of the numerous linear strategy games that I’ve gorged on – to grasp. Once I understood the mechanics fully, however, and began to think ahead, Frozen Synapse became a rather addictive affair.

Of course, you’re not plunged into the depths of turn-based strategy completely unaided, as Mode 7 (the team behind Frozen Synapse) included a rather lengthy tutorial for this exact purpose. That said, there’s a little too much emphasis on holding the hand of the player, and thus the chances of winning your first match off the back of the tutorial alone are pretty grim. You really need to get a handle on the game, unaided, in order to prove a worthy adversary.

Tutorial aside, there are singleplayer and multiplayer elements for you to sink your teeth into. The singleplayer acts as an interlude for the multiplayer, which is fortunate as AI opponents are often laughably inconsistent. Although easy enough to dispatch in opening missions, their difficulty then proceeds to rise and fall at the rate of a rollercoaster. In the grand scheme of things though, the schizophrenic obscurity of the AI is somewhat irrelevant, as the main lure of this game is that of the multiplayer experience. Winning a match is all the more satisfying when you’ve had to dispatch a human opponent in order to do it, and with a tiered levelling system in place you’re unlikely to encounter the same erratic difficulty curve that you found through the singleplayer.

Thanks to procedurally created levels the multiplayer experience is unlikely to grow stale. Although each level will share the same quirky, tron-esque graphics, the layout itself will be entirely random – a nice touch. Surprisingly, for a game that’s entirely turn based in nature, the multiplayer isn’t slow or cumbersome in any way. As I’ve alluded to, this could be down to the fact that the actions of both parties play out at the same time, but more likely it’s thanks to Frozen Synapse’s support for multiple concurrent matches. As you progress through the game it won’t be uncommon to have a handful of matches on the go at once, which is often a preferred method of playing as it minimizes downtime between turns.

That downtime is a bit of an issue. On occasion, when you’ve invested heavily into a particular multiplayer match, eager to witness the conclusion as a result, the lengthy pause of your opponent as they weigh up their options or – as I experienced a number of times – their sudden disappearance, as they head offline mid-game, can be rather infuriating. Thankfully, the inclusion of play-by-email handles such an occurrence perfectly. And chances are, next time you log-on your opponent will have made their move and the action can continue, yet such instances are painful reminders that Frozen Synapse is (underneath its action guise) chiefly a turn-based game, and thus must adhere to the same limitations.

Despite appearing complex and daunting at first glance, Frozen Synapse is remarkably simplistic to grasp. Alongside many other strategy games, Frozen Synapse can be played entirely with the mouse; unit movement is handled predominantly by double-clicking, and most other commands are hidden away within a sub-menu, activated by pressing the right mouse button. On top of easily accessible controls there’s only one type of unit to get to grips with, who can wield a small handful of weapons, including: rifle, shotgun, rocket launcher, grenade launcher and sniper rifle. Each weapon reacts precisely as you’d expect, and most units will engage the enemy of their own accord – just tell them where to aim.

The presence of a dashboard and lobby system also helps to promote the multiplayer focus. Players can access their individual stats, manage friends’ lists and also access game they’re currently participating in. There’s a nifty matchmaking system too, using a traffic-light formula: red means you categorically do not want a match, yellow implies that you could be persuaded, whereas green advocates that you’re ready to go – if so, the system will pair you with a likeminded individual within 60 seconds.

Unfortunately, this system seems broken for some, many people have taken to the forums to complain that they’re receiving invites to games whilst sporting red lights. The forums are also awash with upset individuals who are experiencing lengthy log-in times; yet I have been unable to replicate either of these bugs.

On another multiplayer note, social networking aspects are included. Game footage can be uploaded directly to YouTube, match results can be posted via Facebook or Twitter and online leaderboards provide a competitive edge, with ranked statistics offering subtle encouragement to improve. For those interested in purchasing Frozen Synapse, the pre-order page is still available. Through this link you’ll not only be able to purchase the game at a discounted rate, but you will also receive an additional free copy to give away to a friend. And for the low price of £14.99, that’s an absolute steal. Each purchase will provide you with an activation key, which you can then attach to your Steam account, or alternatively opt to download the client directly, circumventing the digital download giant – an attractive option for those who have not yet joined the Steam bandwagon.

Evidently Frozen Synapse isn’t perfect, yet the highly polished gameplay model that it does offer greatly outweighs the few negatives. There’s a hidden depth to Frozen Synapse, and for a multiplayer focused action-strategy game – that’s playable on virtually any computer – the current price of sub-£20 is an absolute steal. Furthermore, go halves with a friend and you can play competitively together, for under a tenner.

For an indie PC game, with so much going for it, the aptly awarded ‘Head Shot’ rating is well earned.

One thought on “Frozen Synapse (PC) – The Verdict”