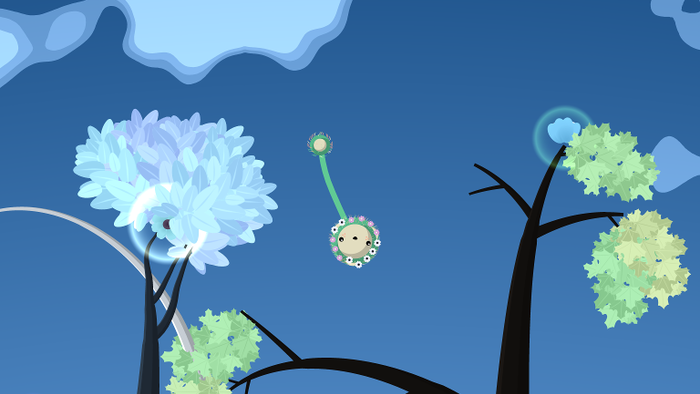 As we draw closer to Christmas and projects decide to distrust the festive dollar, there’s still no shortage of intriguing crowdfunding attempts. In this week’s installment: slingshot through space in New Orbit, resurrect a dead ecosystem in Hey, Shu!, build your own damned Metroidvania in Below Kryll and invite Colonel Mustard to dinner, let him murder a bunch of people and defeat him in turn-based combat in Mansion Lord. We’ve also got the usual checkups on previously featured projects, including Festival of Magic. Currently looking for funding for its second episode, New Orbit is a space exploration game that places substantial stock in a more realistic model of interplanetary navigation. Basically, getting from A to B isn’t a case of simply pressing forward – you have to use the orbital slingshot effect that real space missions rely on (though thankfully, a degree in astrophysics isn’t required to make sense of it here). Another intriguing hook is the story – your little shuttle is adrift in hostile space, and you’re having to scavenge parts in order to detect, evade and combat enemies more efficiently – a modular customisation system (new to episode two) helps bridge this narrative point with the gameplay. It also promises to cater to multiple playstyles – you can build low mass ships that evade conflict, or slower moving ships that seek it out. “A game about the environment, sustainability, and bouncing”, Hey,Shu! is a cute, gentle-paced mobile title that is in danger of missing its goal. Controlling Shu, players must nourish the soil of a barren planet, plant seeds from mature fauna and essentially indulge in short bursts of gardening. The long-term depth comes from a real-time environmental cycle that you must balance and maintain – different plants give off different gases, and this in turn nourishes the soil that feeds your plants.

There’s also exploration involved, with relics from the planet’s failed past strewn over the landscape – however, the actual extent of the world and the significance of the narrative is one of the more vague aspects of the pitch. At any rate, Hey, Shu! highlights how difficult it can be to fund apps – when your actual product can be had at the $5 tier, you need massive exposure and cast-iron reward tiers (though how adorable are those plushies?) In the perpetually crowded land of Metroidvania, a new title needs a unique hook: Below Kryll‘s is the fact that, aside from a superficial layer of developer authored levels, the rest of the game is user-generated. So though your ninja will be levelling up by completing quests and collecting items in the familiar fashion, you’ll largely be doing all this in creations kitted out with characters, traps and enemies that came from someone else’s imagination. The game is already in public beta – this indiegogo campaign is to facilitate further features and infrastructure. Imagine a version of Cluedo where you build the gameboard and fill it with ever-more lavish furniture in order to attract high-class murderers. Now imagine that in order to collect the bounty on the murderers, you have to defeat them in a turn-based RPG throwdown in the ‘Hall of Accusation’. What you’ve just imagined is Mansion Lord, a game where a boombox is called a ‘Crank-less Gramophone’ and your team of detectives can be levelled up by taking a trip down to the hotel basement (which just happens to be a Spelunky-style dungeon crawl).

We featured PC and Wii U RPG Festival of Magic in our digest back on 27 November – unfortunately, the project hasn’t seen much in the way of backer activity over the last two weeks, leading Snowcastle Games to make a ‘tactical retreat’ – postponing fundraising until a later date. The principle reason cited is the launch of next gen consoles, and the perils of the holiday period. Basically, a chunk of the market who’re thinking about future gaming purchases have just dropped their speculative money on hardware, and everyone else wants tangible items to gift.

Misjudging the timing of your campaign could be seen as a mark against you, but we have to at least applaud the way Snowcastle has handled this. Their last update takes time to explain to backers what they believe went wrong, exactly how they plan to retool their relaunched campaign, when it will happen and what they’ll be doing in the meantime.

Funded and completed within the last week were previously featured projects Read Only Memories, Bloom, Interstellaria and Dyscourse. Project Sen and Paws have failed in the same period by a significant margin. The remaining projects have about two weeks to go, but there’s a definite lack of momentum for crowdfunded projects in general. Starwhal has to earn half of its goal, Super World Karts, Reset, Honored and Operation Squiddershins have considerably more work to do.