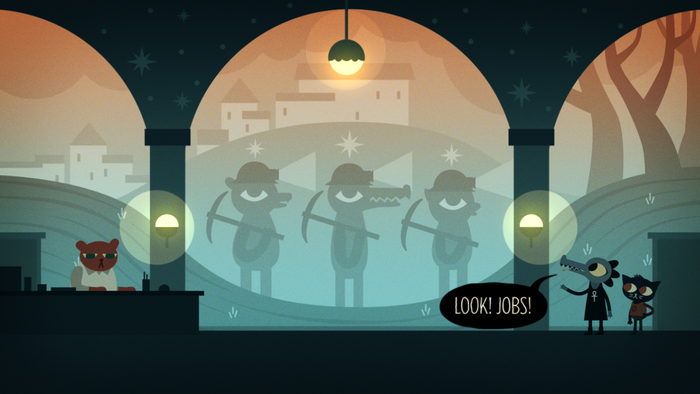 Gaming is one of the pillars of crowdfunding, so we’ve decided to start up a weekly roundup of crowdfunding projects to watch. This week: tactical RPG starship sim the Mandate, the optionally violent Bloom, Project Sen‘s thighs, Myst successor Obduction and funding outcomes good and bad for Night in the Woods and Raindrop respectively. Ever wanted to captain a starship with up to five friends in a guerilla war in support of Russian imperialism? Of course you have. While it doesn’t look like The Mandate is going to breeze past its reasonably high initial goal, Perihelion Interactive is making all the right moves to ensure that their space-based tactical RPG will fight to the finish line. I’m particularly impressed by how they’re illustrating the customisation and hefty story elements of the game by including a character creator, starship customiser and text adventure on their homepage. Asking for relatively little in funding and promising a paradigm shift for the combat-heavy action RPG genre, Bloom: Memories allows you to mix and match combat, stealth and conversation to get past the creatures who stand in your way. The lush, pre-rendered art is distinctive, if a little static at this stage, but the promise of a world influenced by Zelda, Thief and Loom may well bobbin your threadbare. Citing the not entirely uncommon inspirations of Mega Man X and Super Metroid, Project Sen seems to have decided that the main thing missing from Keiji Inafune’s Mighty No.9 pitch was gigantic thighs. My hunch with this one is that if potential backers aren’t put off by the proportions in the art*, they may be unsettled by the aggressive “may not reflect final product” warnings.
*Heroes may “come in all shapes and sizes” apparently, but don’t those shapes and sizes have to be physically possible before you can defend them? Kickstarter has seen no shortage of spiritual successors, and this time it’s the turn of Myst creator Cyan, Inc. to test how much their audience’s nostalgia is really worth. Obduction is an Unreal Engine 4 powered, first person adventure game in the same mould as its not entirely uncontroversial ancestors. With less than three days to go, it looks likely that the game will achieve its goal – but backers do seem cautious and unlikely to push the project towards its stretch goals.

Night in the woods Night in the Woods is a game that features an incidentally gay fedora wearing bespectabled teddy bear in its supporting cast, so you’ll be unsurprised to hear that it’s already approximately three times beyond its initial goal. A “2D story-focused adventure/exploration” game with a fantastic art style and a strong pedigree (designer Alec Holowka created one-time IGF grand prize winner Aquaria), this was a profoundly sensible kickstarter: they’ve decided to rein in the stretch goals now that funding has exploded, to ensure the game remains shipable. While funded, there’s still over a week to pledge for this one if you like what you see.

A classic study in kickstarter failure right here: an atmospheric, beautiful looking survival game set in a Pripyat-esque wasteland with promising sounding crafting and weather systems that de-emphasises shooting sounds great, so why didn’t people go for it? Perhaps you could argue that the kickstarter page focuses a little too heavily on the aborted source-engine mod it once was – the measures the team were pledging to take to avoid history repeating itself are buried a little too far away from that stuff.

What is undeniable though, is how the failure to communicate scuppered the project. After a reasonably strong promotional start, the team settled on infrequent updates and when funding slowed, the team failed to respond. The final update a day before the deadline doesn’t even acknowledge the impending failure of the project – just that there will be “more information in the next few days”. This kind of stuff warns people off, no matter how great the idea looks on paper.