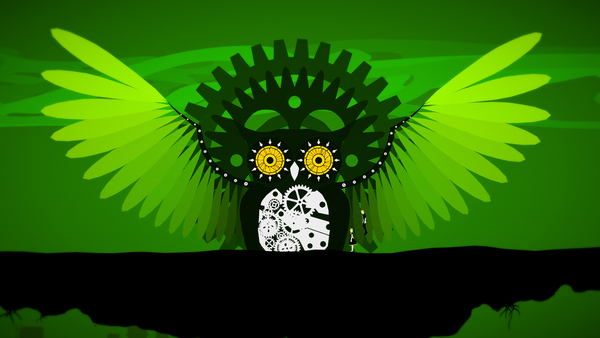 Because it’s still Thursday somewhere, Gaming Crowdfunding Weekly. This week: StarCrawlers is a star-based dungeon crawler (see what they did there?); Tulpa is not the first stylish puzzle platform game you’ve seen; Koe thinks you’re learning Japanese, it thinks you’re learning Japanese, it really thinks so; and Sierra Ops found so much money suddenly that we decided to talk about it again. Another entry in the dungeon crawler genre, StarCrawlers walks the path less travelled by transplanting this typically subterranean fantasy setting into space. Not exactly a revolutionary switch up there, but its a point of differentiation and the robotic enemy designs look especially neat. Expect tile-based exploration, strategic RPG combat screens and procedurally generated environments wrapped in a story about life on the fringes of space. Oh, and the developer had the sense to bring plenty of in-game footage to its pitch, so we’re anticipating that this one will start racking up its stretch goals over the next fortnight. This isn’t the first time we’ve seen an aesthetically interesting puzzle-platformer tucked away on Indiegogo, and I don’t expect it’ll be the last. Against surrealist backdrops inspired by Dali and Yerka, the player controls a girl called Ophelia who can manipulate the physical world, and her ‘Tulpa‘, Oliver, whose powers are telekinetic. Keeping the pair close is essential, because Oliver keeps Ophelia sane – this sanity mechanic provides the puzzling and ties into the narrative, which promises to be an exploration of the heroine’s past and psyche. I’m among that slightly irritating set of people brought up on a diet of JRPGs, anime and manga with virtually no Japanese language ability (visiting southern Japan in 2012, I basically repeatedly said only “sorry” to everyone I met. Though that is also 75% of my spoken English conversation too). Common to this set is the fact that we’ve all wanted to learn Japanese, just, you know, we’re all just too busy playing JRPGs, watching anime and reading manga to actually do it. Koe developer Jitesh Rawal figured out this tendency and promptly set about putting Japanese learning into a JRPG, so you can learn Japanese while you JRPG.

A traditional turn-based console-styled RPG, the idea is that you pick up some basic Japanese vocabulary by finding various items and summoning familiars – each time you select the words, you reinforce your learning. There’s also Japanese phrases alongside the three writing systems (Katakana, Hiragana, Kanji). It’s an interesting approach, but one wonders how effective a learning tool themed around typical fantasy lore can actually be (a vocabulary filled with words for swords, health potions and dragons may be only abstractly useful when you’re trying to work out why you’re being kicked out of the domestic flight terminal at Fukuoka Airport). Sierra Ops originally featured way back in the first GCW of 2014 and as is protocol, we’ve mentioned it in our summary of previously featured campaigns as it progressed. Only last week, it was hovering around three-quarter funding – not a terrible outcome, considering this was a Indiegogo ‘flexible funding’ campaign (wherein all pledges are received regardless of the goal), but it wasn’t the happiest turn of events.

Suddenly, Sierra Ops isn’t just funded – it has basically doubled its target. Seeing a sudden surge of interest in the dying moments of its campaign, Team Innomen were granted an extension to pursue stretch goals. This in itself is a point of interest, and is an obvious difference in how Indiegogo operates, but how does a project that has been plodding along for nearly two months suddenly find its audience? We often remark on the similarity of certain projects, but smart teams can exploit this, getting already-funded competitors to recommend their project – in this case, Sierra Ops received effective plugs from Sunrider and Project Nimbus. So take note, struggling crowdfunders – collaborate with your peers and be prepared to do the same for other struggling teams.