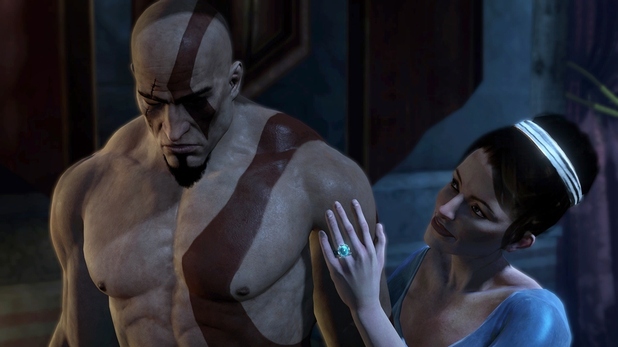 Ever since its inception, the God of War series has been content on making itself bigger, more brutal and more beautiful with every instalment. God of War: Ascension largely sticks to this formula but also pays more attention to character development, attempting to transform Kratos from the ultra- macho character he’s become, to a more sympathetic and endearing one. All while he continues to rip the heads and limbs from everything he comes into contact with.

Ascension is a prequel to the God of War series and takes place between the time Kratos has killed his family and the events of the first God of War game. It focuses on how Kratos’ mental torture from the guilt of his transgressions and physical torture from the game’s antagonists The Furies, transforms him from a human to a heartless killing machine. It’s an surprising and welcomed move from a game series that seems to regularly display the worst kind of boy’s club attitude of over-the-top violence and sexualisation of women.

On its own the story is actually surprisingly well done. It effectively charts Kratos’ loss of humanity and there are times where he actually becomes a sympathetic character, which is remarkable considering his one-dimensional depiction in God of War III as a sociopathic murderer. However, any strides made by the story are immediately negated by the the gameplay. After every cutscene that makes you feel empathetic towards Kratos there follows a battle in which he slaughters everything in sight. It’s simply impossible to feel any sympathy for a character who dismembers every opponent in the most vicious way possible with unrepentant glee.

Usually it would be easy to overlook the story issues in a God of War game, I’ve done so with ease in every other instalment in the series. However, the promise of an interesting and engaging storyline is there, which makes it all the more disappointing to see it destroyed by outdated gameplay and a juvenile lust for blood.

In gameplay terms little has changed in the three years since GoW III was released. Combos are created from chaining light and heavy attacks together, enemies can be grappled with a tap of R1 and attacks can be dodged or blocked. It’s instantly recognisable to anyone who has played a God of War game before. Little tweaks have been made in Ascension though. Instead of multiple weapons being available to switch between, there is now only the Blades of Chaos. This makes sense from a narrative point of view, as Kratos is only beginning his journey, but it also takes away some of the depth in the game’s combat. The Blades of Chaos now have multiple element forms that are upgraded individually. These are fire, ice, thunder and soul, and each one acts slightly differently from one another. However, it’s nigh on impossible to discern how they are, so it makes sense just to find a favourite and upgrade that one to the max.

Another change made to the combat are the secondary weapons; shields, swords, clubs and spears. These take the place of your physical attack and can be used to add variety to your fighting. Swords are quick and can interrupt attacks, shields can be used to defend or attack, clubs can knock enemies out of the arenas and spears, though limited in number offer a long range option. None of these abilities combo with your main weapon, so their use is limited though.

Aside from the combat, which makes up the bulk of the game, Ascension seems like a homage to the most successful games of this generation. There is a much greater focus on climbing and hopping from ledge to ledge, a la Uncharted, Tomb Raider and Assassins Creed; there’s also the sliding section from Journey repeated throughout; and then the QTEs which God of War itself popularised. Although these elements (QTEs notwithstanding) are new to the series, they have become so pervasive in modern video games that their inclusion in Ascension makes the game feel generic.

What Ascension lacks in gameplay innovation though it sure makes up in sheer graphical prowess. God of War: Ascension is absolutely gorgeous. It truly stands as a testament to what the ageing PS3 is capable of and is a beautiful swansong on which to welcome the next generation of Sony hardware. Environments have been scaled up to preposterous proportions and they look truly spectacular. Ascension truly is the definition of a spectacle fighter. While this focus on the aesthetic is pleasing to the eye, it does also impede on gameplay from time to time. The camera is much more interested in focusing on the luscious backdrops than on Kratos, even when enemies are surrounding him. It’s infuriating to have to repeat battles multiple times because the camera was so zoomed out that it becomes impossible to actually see what’s going on. It’s not just a case of style over substance, it’s style actively hindering the substance of the game.

Outside of the single-player campaign there is also an online multiplayer mode in which up to eight players can do battle in a variety of game modes. Though many would suspect the online mode to be just a tacked on gimmick, it actually works surprisingly well. Not good enough to warrant repeat playing, but still OK.

Combat is based on a rock, paper, scissor concept. With light attacks interrupting heavy attacks which break blocks which block light attacks. It’s a neat idea which probably works well with elite players. However, in my experience every battle ended up as a button mashing brawl lacking any finesse. The real draw in the multiplayer is the arenas themselves. Much like the single player each stage looks stunning and each have unique features that make them distinct from one-another. Once you have cycled through every stage there is little to keep you coming back though. There are the standard RPG and levelling elements found in almost every online game, that have been well implemented. But without fun gameplay to back it up it’s a bit redundant.

So God of War: Ascension is a graphical show-pony for the PS3. A last beautiful but inherently flawed game to signal the transition to Sony’s new hardware. Hardcore fans of the God of War series will find things to enjoy about the game. But for the rest of you there’s not enough new to make Ascension worth your time.

Please read this page for more on our scoring policy. Review based on a copy provided by PR