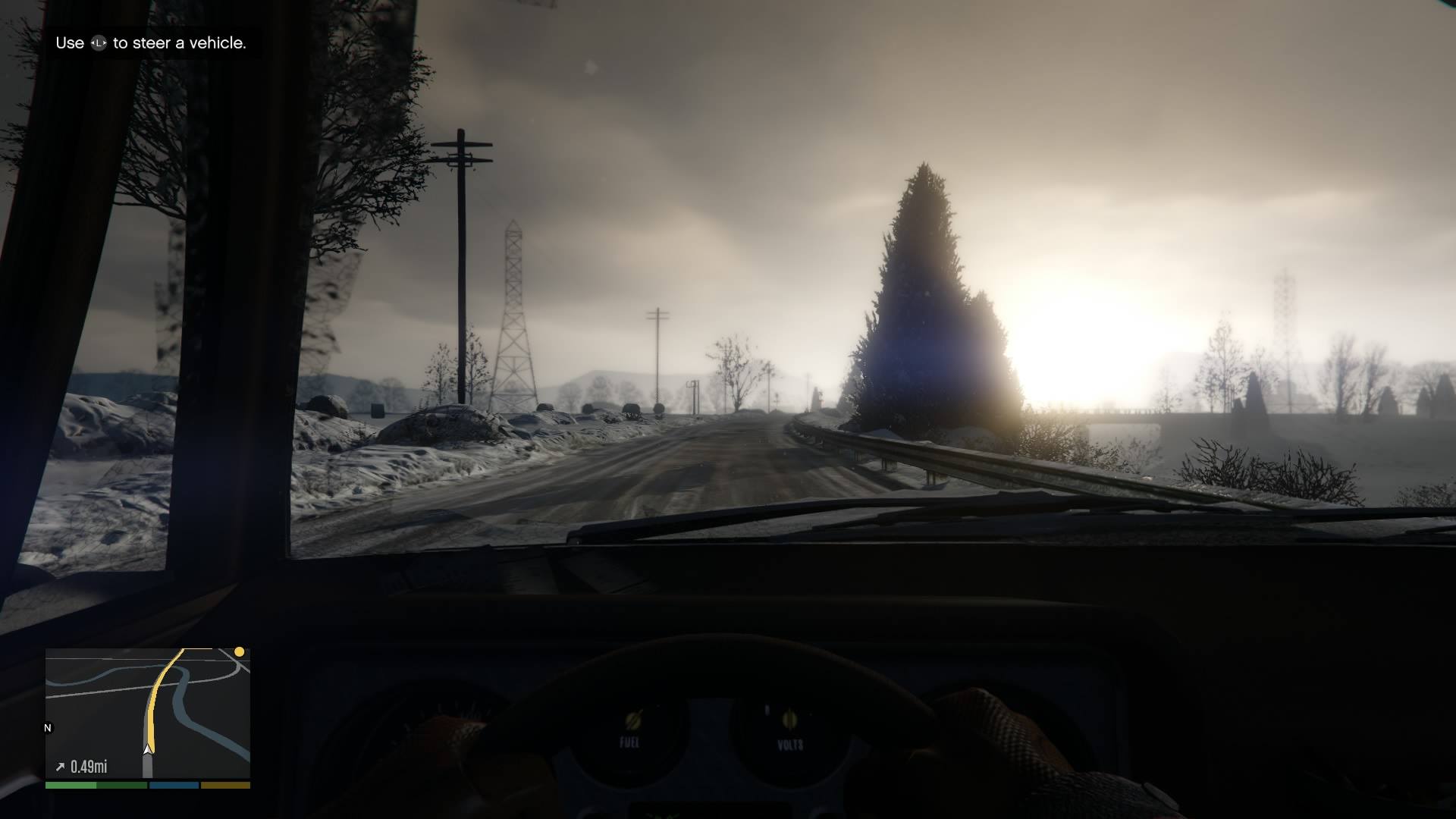 Grand Theft Auto V was one of the standout games from the end of the last console generation. It puts you in the shoes of three characters in the massive city of Los Santos and the surrounding areas. It was great and set all kinds of records for game launches. And now, the game has been rolled out onto the new-generation consoles.

The game has received a substantial visual makeover in the transition between generations with everything look suitably improved and flashy. The enhanced vegetation and wild life in the hills outside the city make wandering the world a much more rewarding experience than in the old-gen game.

However, it is the addition of the first-person which makes this new version of the game stand out. It turns the game from one where the over the top nature is all part of the fun and games, to one where you start to think the series needs a slight change in tone to stay relevant. While I haven’t used a GTA prostitute since the series first transitioned to third-person with Grand Theft Auto III, I can only imagine how ungainly these scenes would play-out in the first-person mode. There is a very good piece by Rich Stanton on Eurogamer which deals with the growing pains of the franchise in light of the new-generation version.

As it is, despite some of the more troubling elements that arise from the inclusion of the new camera, it is on the whole a move for the better. It makes for a much grittier take on the life of a Grand Theft Auto protagonist as you dart towards cover before taking on a bit of down the barrel shooting. I’m inclined to say that the shooting is better experienced in first-person, even if it does take some getting used to after so many years ingrained with the third-person view. As with most shooters, I struggled a bit at first by playing on a pad, but I’m sure that everything will slip into place even better on the PC release when you can use a keyboard and mouse to your heart’s content. The many cars in the game haven’t been left behind either with the interior of each car just demonstrating how much work has gone into this release.

There have been changes to the online side of the game, but personally I didn’t take to these when I was playing the game last year on the Xbox 360. Now it is out again, even the premise of larger scale deathmatches and races don’t hold much appeal. Grand Theft Auto has long been a series in which I have enjoyed investing myself into learning all about the city and spending hours doing silly side missions.

I have to say though, that while the new first-person perspective and enhanced visuals are welcome, if you played the game on the old-generation machines and filled your boots, there are few things that make me think this is a must buy from a singleplayer point of view. On the other hand, if you were invested in the online modes, then you will probably get more out of the transition between generations.

However, if you weren’t able to dig in last year, or were perhaps waiting for this version to come out, I heartily recommend you dig in to the wonders of Grand Theft Auto V.

The Verdict – Red Mist (never owned the game), On Target (played it on last-gen)

Review based on PR supplied review copy. Please see this post for more on our scoring policy.