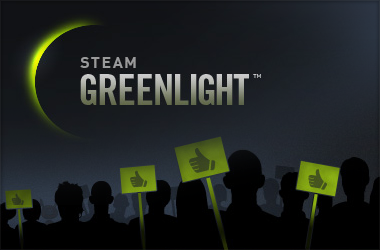 It is time. Time for eager indie developers worldwide to clamber over each-other and vow for your attention and praise. Valve’s community voting service, Greenlight has been launched.

At time of writing, Greenlight has been running for almost a day, and already over 450 games have already been profiled. They range from well-known indie projects like Project Zomboid and McPixel to more obscure titles like Squirrel Adventures. Whilst supporters of the more famous projects have been fast to rally around their franchises, it will be interesting to see which more unknown titles will emerge victorious from this competitive race.

Valve have stated in the past that their submissions process was in danger of being overwhelmed by the sheer quantity of applications. By granting Steam’s enormous player base a say in the process, they are able to see just what the public actually want to see on Greenlight, where the games will high levels of support will be considered for addition to their download service.

Will Greenlight succeed as a viable approach for indie developers, or will the simplicity of the application process mean the real gems are buried beneath a mountain of sludge? Only time will tell.