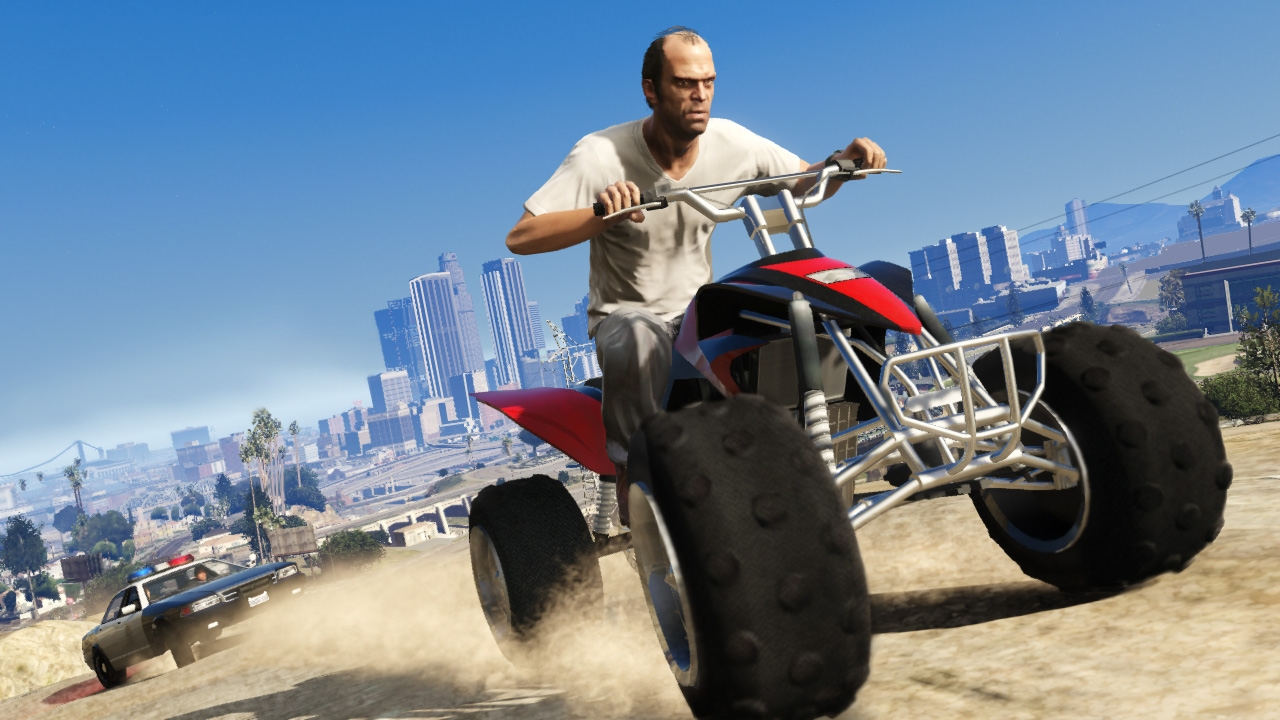 Rockstar and I are currently in the middle of a small domestic. Despite my adoration for all things GTA, the gaming giant is still refusing to tell me whether or not one of my favourite franchises is returning to the PC in the form of GTA V. Until I hear anything more positive on that front, I’m therefore temporarily forced to write about those console things instead.

Yesterday morning, Rockstar released a new trailer for GTA V, the first sign of any real gameplay footage. We’ve already seen in the previous trailers how GTA V will feature three protagonists, but this is the first opportunity we’ve had to see how as a player we’ll be able to seamlessly switch between them. It’s all looking very exciting, with Rockstar throwing player-planned bank heists and full vehicle customisation into the GTA pot.

It’s all looking very exciting, but if it all gets too much for you, you could always go play a round of golf or tennis in one of the new minigames.

GTA V is due for release on September 17th across console platforms. With no word on a PC release, I’ll just be carrying on with my absurdly modded version of GTA IV,  policing the mean streets of Liberty City as Robocop.