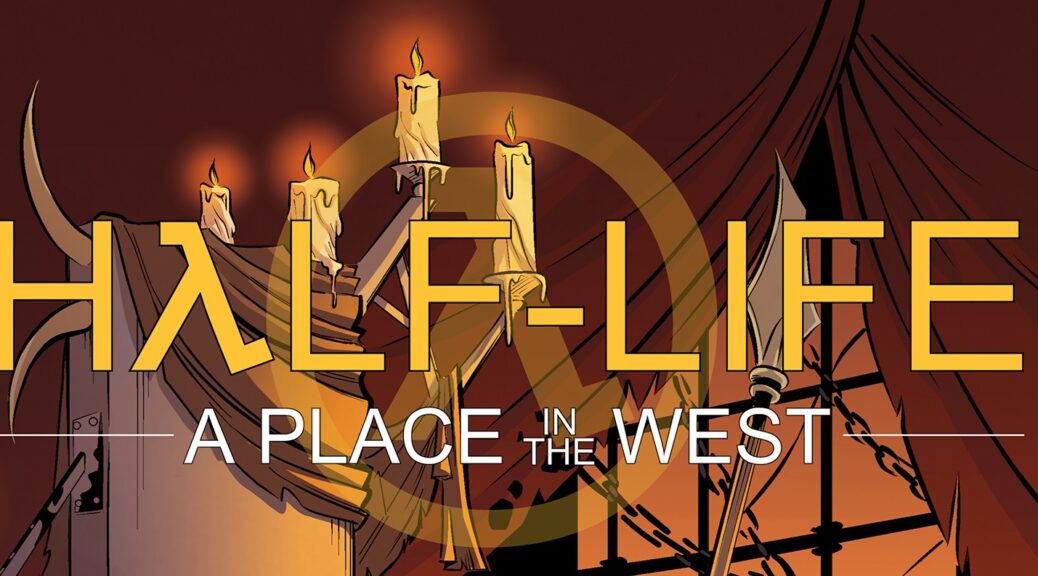 I will resist making any jokes about Half-Life and something called Chapter Three in the same sentance. It’s been done elsewhere, and I think it does a disservice to A Place in the West, the comic created by Ross Joseph Gardner and Michael Pelletier, a fantastic piece of work that Valve kindly allowed to bear the official Half-Life IP commercially.  The new third chapter entitled The Pit will release on Steam on Friday 21st July for $1.99/£1.49.

I’ve known Ross and Mike from back in ye olde days of halflife2.net (where I started my writing career), the place now known as valvetime.net. I’ve long admired their work on various mods through the years, and when they told me about their plans to release A Place in the West on Steam last September, I was very happy for them, even more now that they are able to use the Half-Life IP with the blessing of Valve, and bring a taste of what seems like a long-lost universe back to modern audiences.

Chapter Three continues the story in New Franklin, and as Ross says, “The Pit is a culmination of everything we learned from the first two chapters. At a total of 30 pages, the condensed narrative is sleeker, much more focused, and really aims to bring the city to life.”

The synopsis for The Pit says:

After a heated disagreement, Leyla Poirier and Albert Kempinski go their separate ways in New Franklin, but are both drawn to a gladiatorial arena called “Kal’s Pit”. Here, the citizens of New Franklin engage in brutal blood sport against captured aliens. But when an accident throws everyone into danger, an unlikely hero emerges… And back at City Hall, Major-General Long makes a discovery that will change New Franklin forever.

I’m looking forward to exploring the world Ross and Mike have created even further. I love the Half-Life world, and anything that can build on the universe is worth checking out in my eyes.