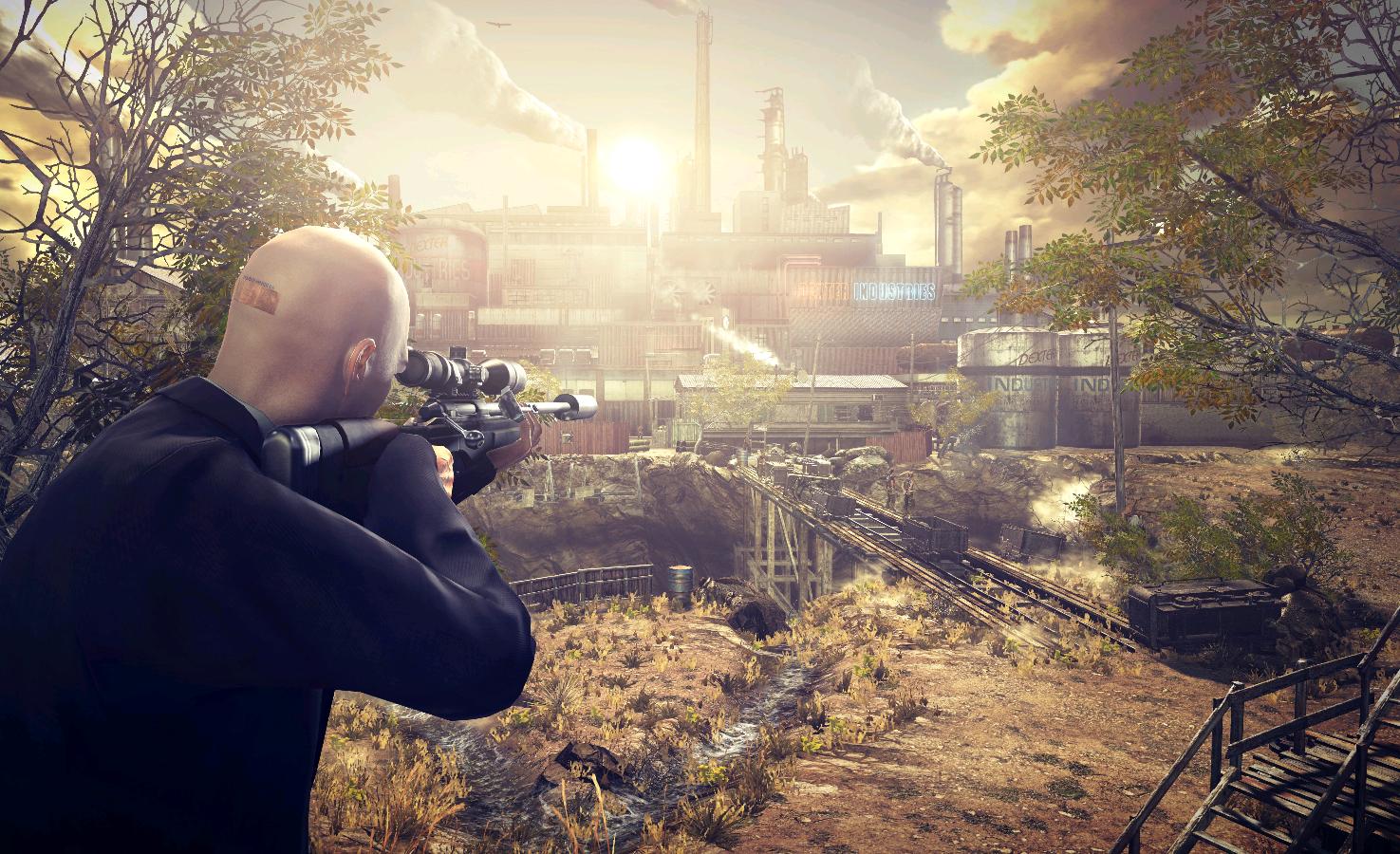 Reader warning, this review contains very minor plot details that may detract from your experience of the game.

Climbing through the upper floor window I identify the target moving into a room at the end of the hall. Moving forward I dispatch the two guards ahead of me with ease and hide their bodies. Bursting through the door I’m surprised to see the target now surrounded by four body guards. None the less I take the shot killing the target and prepare to run for safety. Shots fire behind me as I start to panic. Not sure of where to turn, I run down the stairs and spot my chance to hide. Enemies who only seconds ago saw me run down the stairs, pass by me without even a thought of looking inside the small space I now occupy. Ah, cupboard my faithful friend, you may be damp and small but you have saved my life on many occasions.

Hitman: Absolution is a brilliant game in many ways, but like many before it and many to come after it has its glaring flaws. One of these problems is the AI and how they react in certain situations. For instance, when sneaking around an area you can be right behind an enemy, literally butt to face and they will not notice you. Yet as soon as you are spotted enemies hundreds of meters away can shoot you with ease through crowds and extremely small spaces. Another problem as touched on in the first paragraph is the hiding mechanics. You can attract as much attention as you want and all that’s required is for you to run around a corner and hide in a cupboard or cabinet. It seems that as the player, you are the only person who would ever think to hide in such a place and enemies pass by scratching their heads in bewilderment.

Having not played a Hitman game since Hitman 2, it’s fair to say a lot has changed in ten years. Strangely enough the game seems to have become smaller in many respects than how I remember it. Smaller areas to carry out your contracts and simpler (in method) contracts in general. Thankfully cramped does not mean crap, as often these small areas increase the tension of the task you are trying to carry out. Many of the locations are impressively filled with hundreds and hundreds of NPC characters, each doing their own thing and hiding in plain sight is often a trick you need to attempt.

Admittedly the gameplay style of Absolution is one that suits me perfectly and when given the option between stealth and… well anything else, I’ve never been one to go for all out action. Absolution rewards the player who takes time to observe their surroundings, explore and pick up vital information before attempting to make their next move. Quite often just examining your surroundings for a few minutes can give you vital knowledge such as guard movements, overhearing details of NPC dialogue and unoccupied areas to move silently in. Absolution also caters for wide variety of ideas when it comes to that vital moment of taking down your target. Kill them with a bomb, or garrote wire, or push them off a cliff, follow them to a secluded place break their neck and hide him, or if you want to go down the easy route just go in guns blazing and shoot them in the head. Each level also has a number of challenges in which you can kill targets in unique ways, adding even further to the possibilities.

The checkpoint system, used to save your game at various stages of a level seems to be somewhat flawed in its delivery. Often when on a level with multiple targets, you may take out the first and expect a checkpoint but not get it, then die on the second and have to start all over again. Luckily there is also an auto save system that goes some way to solving this problem, but it still exists in many places. However, the fact that the areas are often not all that big means you can easily restart a checkpoint and with your new found knowledge of the area, make it back to your previous point a lot faster than you initially did.

The level design and visual art style is brilliant, especially in the late game cinematics leading me to compare it to a very detailed Mirror’s Edge with strong colour choices and plenty of lens flare. This is further aided by some solid voice acting from all characters, even NPC’s. In fact, NPC dialogue is one of the surprise highlights of the game. While stopping to listen to someone’s conversation might initially give you vital information to proceed through the level, it can often lead to some amusing dialogue. This is worth sticking around for, at the very least to get a chuckle now and again.

As far as I have gathered narrative has never really featured heavily in previous Hitman games and much the same could be said about this release, despite the developers best efforts. Initially the story of Absolution seems a bit vague and flimsy, leaving many questions unanswered. Within the first couple levels, Agent 47 risks his life and turns his back on the Agency that has served him so well for so long and why, because he felt guilty and wanted to protect a girl? Because he had a hunch? The end game essentially explains most of what you need to know, but I was long past bothering about any cohesive plot by this point. Not having played previous Hitman games may have in turn hindered my understanding of Absolution, but really that’s an issue that should have been dealt with by the developers. Especially since there has been such a big gap between this and the previous game.

Challenges and Contracts Mode are another of the two highlights and bring with them the chance to replay levels with different targets in mind. Challenges are delivered through the pause menu during each level of the campaign and include a wide variety of objectives that require multiple plays to complete. Each level is scored depending on how you’ve performed and completing challenges can boost this score. This can be especially helpful if you’re trying to top your friends list. In contracts mode you or any of your friends can create their own mission objectives and description, based around the settings of the original missions. These contracts are competitive and are scored much like the in the campaign. You can choose up to three targets and set score boosting, but non essential objectives such as not getting caught, using a specific weapon to kill or not changing outfit for the whole mission. Your contract can be played by anyone who happens to find them in the search menus. Unfortunately the search options are somewhat limited and with over fifty thousand contracts having already been created by users, a tiny fraction of those are actually viewable without hours of searching.

When not being taken in by the surroundings, gameplay or any of the number of side objectives available to you, Hitman: Absolution can at times become repetitive in nature. The feeling of killing a target, moving area, killing another target, moving to another area for the entirety of the game can grate on you at times when the story is lacking in captivation. Contracts mode and Challenges go some way to making this a better experience but replaying the missions just never feels as special as the first time. A lack of tangible storyline and slightly dodgy AI also brings the overall feel of the game down just a notch. Thankfully intelligent level design, a variety of gameplay choice, good voice acting and artistic direction leave me with a strongly overall positive feel, at least for the first play through.

Review based on a retail purchased copy.