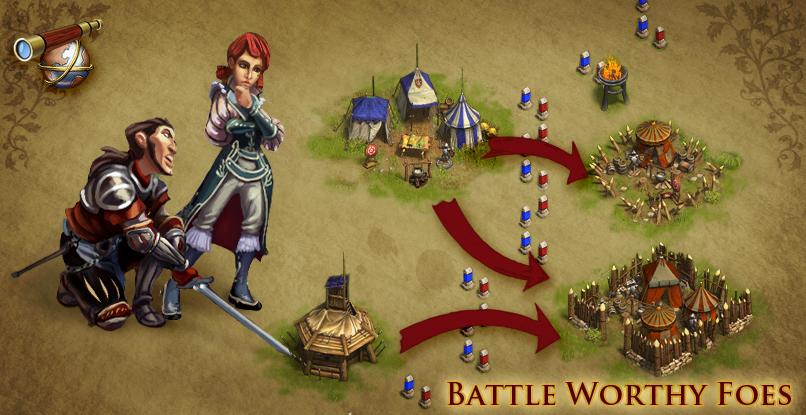 Earlier in the year I gave my thoughts on the newly discovered Settlers Online. Since my first impressions article The Settlers Online has had its official retail launch and has gained considerable interest from all over the world. With the new-found popularity and new direction I thought it was about time we heard some more from TSO. I managed to pose my questions regarding the new direction for The Settlers to the friendly looking chap in the picture Timo Gerken, the ‘Worldwide Active Game Manager’ for Ubisoft.

Kevin – What made you want to bring The Settlers to a browser-based setting?

Timo – Looking at the current changes in the video game market, The Settlers Online was a logical step to expand The Settlers universe. Ubisoft is always looking for ways to reach new customers by expanding into new territories like the online market. This includes releasing strong Ubisoft brands such as The Settlers and Silent Hunter in the free-to-play arena.

Kevin – The Settlers Online has a large community behind it. How instrumental was the voice of this community when you came to adding new features and adjusting elements within the game?

Timo – Feedback from players is an essential part of the development process and an important factor in finalising any new elements. We also pay attention to forum comments and thanks to playtests happening in the studio we can analyse the way players react to changes in the game.

Kevin – Did you come across any problems when trying to recreate an authentic Settlers feel in a browser-based environment?

Timo – We actually faced many challenges in bringing The Settlers to browsers in an authentic way. One of the most important pillars of The Settlers has always been optimising the economy and something we call the “bustling” effect. Those pillars helped a lot to circumvent the technical limits of a browser at the time TSO was initially developed. For example, we reused HD assets developed for The Settlers 7 and modelled them in 2D giving players a familiar feeling but also delivering high quality materials.

Kevin – Has the venture into browser gaming been as successful as you had hoped?

Timo – Working on TSO is a lot of fun in many ways. It attracts millions of players worldwide, generates a great deal of feedback and thus allows us to further develop the service in a constantly changing environment. Between the feedback we get from players and the prosperous direction the project has taken in the past few months, I can happily say that we have successfully brought a true Settlers game to browsers across the world.

Kevin – Should we expect any new content or updates in the near future?

Timo – Players can expect many, many exciting new things but also optimisations of current content. Our goal is to deliver new features and content every few weeks. Some of the features the players can expect in the upcoming months will be a new trade system, a new quest chain, guild quests, economy adventures and optimised interface.

Kevin – Do you plan to include PvP combat now or at any time in the future?

Timo – Of course having PvP in The Settlers Online is an exciting thought, I am sure our game designers share that opinion. But for now we cannot give you more information on this topic. Make sure to always check out website, social platforms and forums to get the latest updates right from our Community Managers.

Kevin – The Settlers Online has been in beta form for a long time now, when do you plan to step out of beta for a full release? (The aforementioned retail release is a starter pack only, the game itself is still free to access from the website)

Timo – The transition from “beta” to not having a “beta” in the title logo is different in the browser games market than with classic retail products. The “beta” tag has no affect what so ever on the player’s ability to continue to play with everything he has achieved even after the “beta” tag is dropped. Instead of changing the logo of the English version our focus in the past months has been to further develop the service.

Kevin – For anyone who is unfamiliar with The Settlers Online, what makes it stand out from other free-to-play browser-based games?

Timo – If you compare TSO to other strategy games that are currently on the market, the first thing you will notice is a huge visual difference. But that’s not all! Very naturally, The Settlers games have always been about extensive production chains and endless possibilities to optimise this production. The complexity of TSO is comparable to some retail products although it’s not so tough as to drive beginners away, as it offers great accessibility thanks to an easy to understand interface and tutorial quests.

If you haven’t yet taken a look at The Settlers Online for yourself, hit the link here to take you to the homepage where you can sign up and access the game for free. Or if you want to find out our first impressions of the game hit the link here.