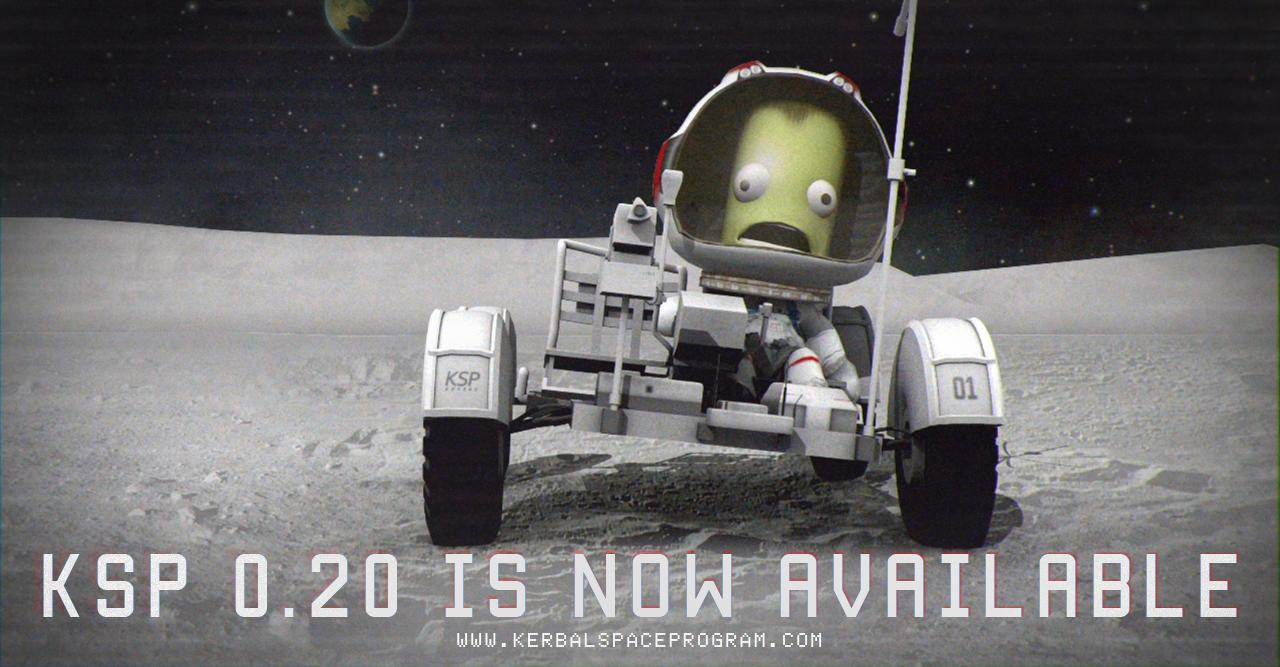 I should probably let resident Kerbal Space Program expert Nick (who really loves this game) talk a little bit about version 0.20 which was released this week. I should let Nick talk as unlike him, I’ve not even played the blinking game yet. But really, I just wanted to write a few words so I could share this little trailer for the latest update to the game which apparently includes seven new parts and two IVA spaces along with a flag editor. That means nothing to me, but just look at those cute little Kerbal’s driving on the moon!

I get the feeling that is a game I really should be playing..am I right? It does sound all kinds of awesome and looks right up my street. I’ll have to clear my backlog at some point before diving in, or flying away into the nothingness of space. I knew I should’ve let Nick work his magic with the space puns.