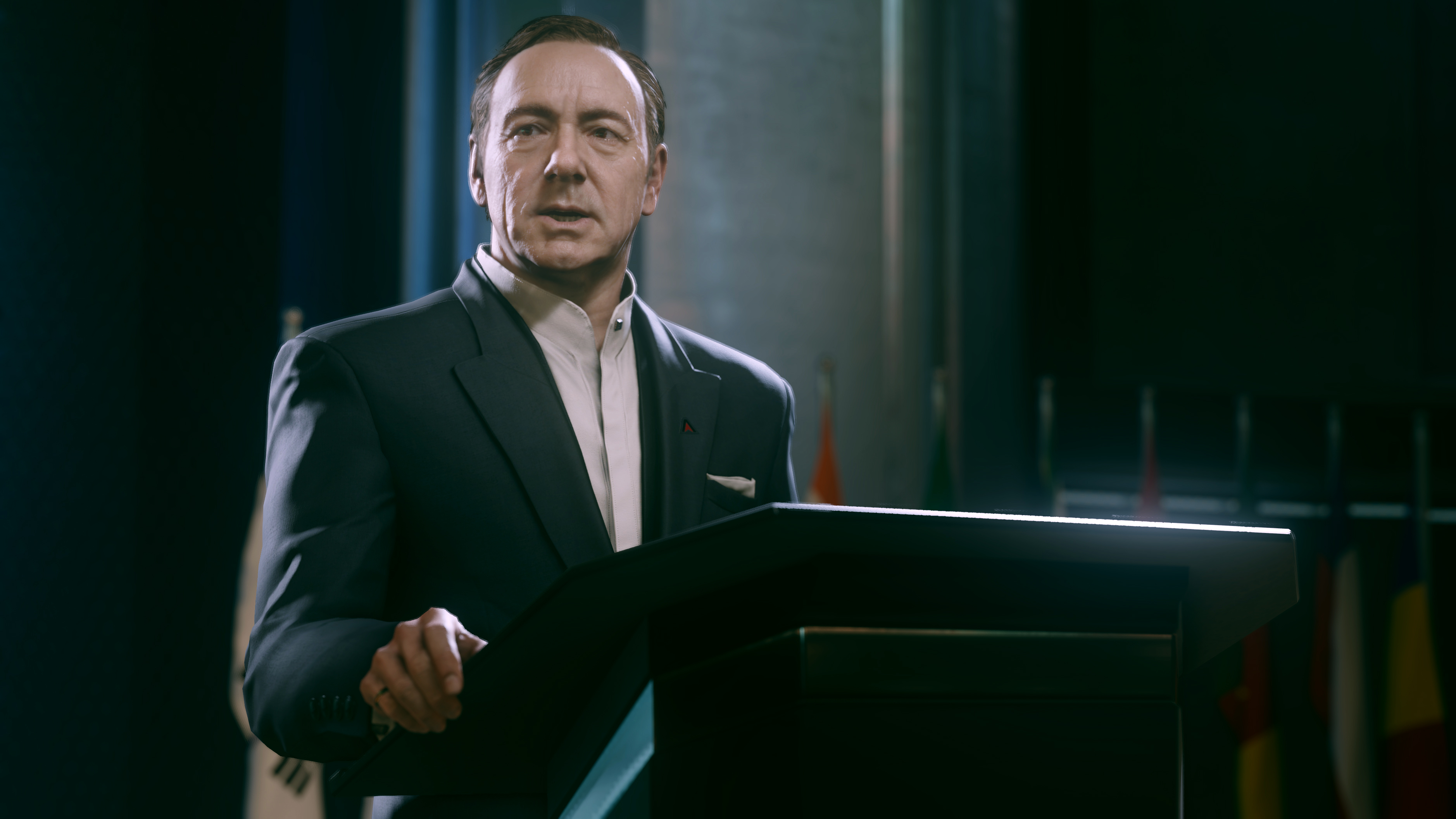 I’m a big fan of Kevin Spacey, everything from The Usual Suspects to Seven has been great, though some younger readers will know him best from his star turn in House of Cards, the Netflix politico-hit. His coming appearance in Call of Duty: Advanced Warfare has been something I have quietly been keeping an eye on for a while now. In truth, the promise of his role in Advanced Warfare is partly why I am still going with Ghosts to get myself back into the over the top Call of Duty mindset. A new trailer for the annual blockbuster was released last week, if you haven’t already seen it, then this is your chance to check it out.

While Spacey’s performance is going to the highlight of the game for many, some of the action that is being shown off looks like a step forward from what I have witnessed in past entries in the series, and in my hands-on experience with Ghosts. There seems to be a hint of Titanfall there in the way characters are leaping around. While I’m not the biggest Titanfall fan in the world, it certainly does do some things right, namely the freedom of movement and a true sense of verticality to levels. If a hint of that has rubbed off onto Sledgehammer during development of Advanced Warfare, we could be onto something good.