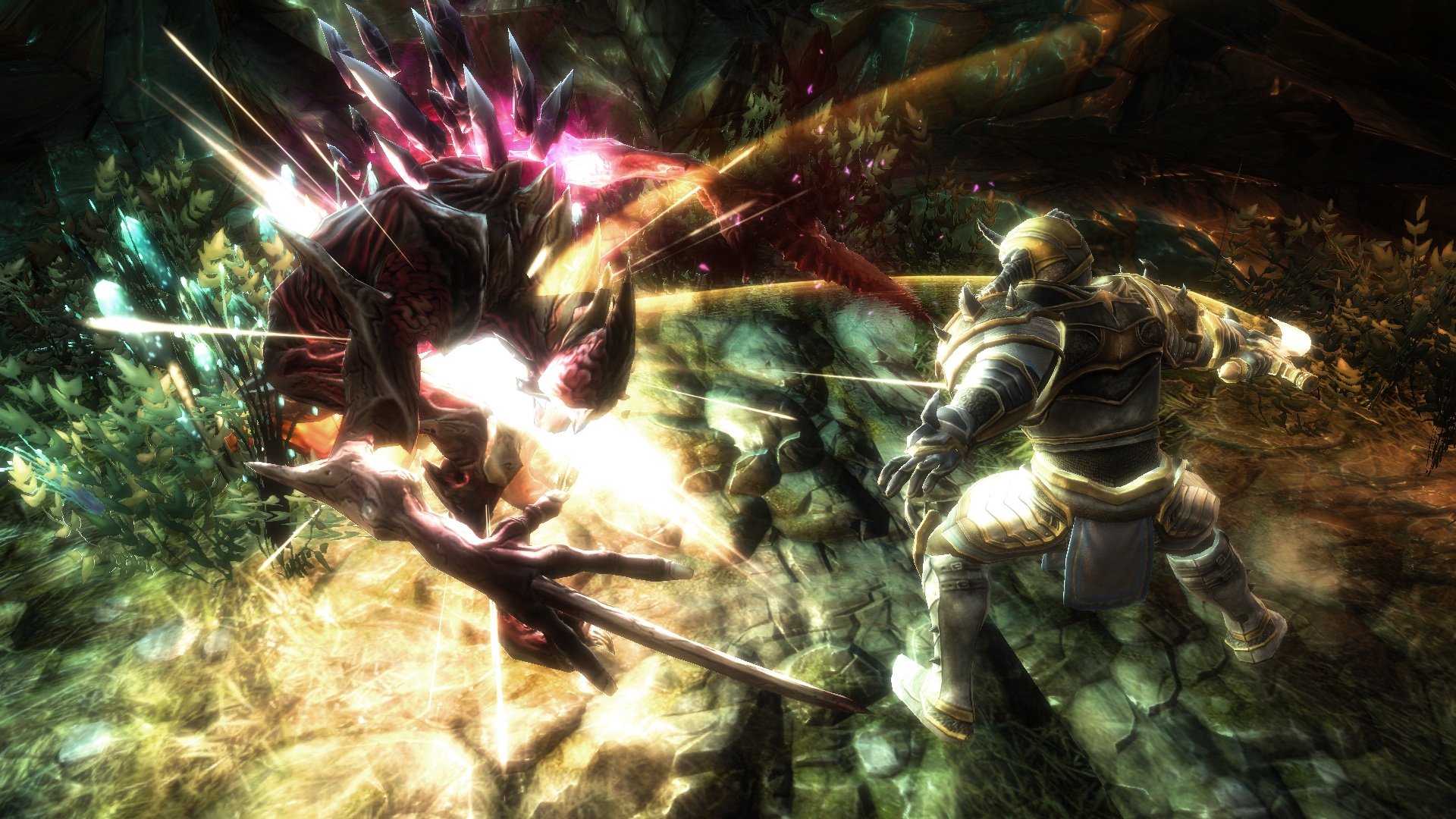 I wasn’t expecting much from the demo for Kingdoms of Amalur: Reckoning, to be honest I had all but forgotten about the game since I saw the first trailer during E3 last year. My first impressions, were not quite the best. For the demo I had to sign in to my EA account and accept a Terms of Service notice, and during the demo I couldn’t even save. That is without talking about the lack of feeling to the PC controls. But soon, it all clicked in place.

This is definitely an RPG to be played with a 360 pad, the PC controls are extremely awkward in the demo, I hope that the release version has improved controls, as based on my time with the demo this is a very fun game and I would hate for the PC version to be let down by poor controls.

Amalur certainly has a feeling of ‘cliched fantasy RPG’ as you enter a world of Fae, Gnomes and, I presume other fantasy regulars further into the game. The demo provides you with a taste of the first introductory quest, which is a linear route showing off the combat, (which is really quite enjoyable with a 360 pad) and the character development system.

During the demo you get to play around with the massive variety of combat systems, everything is present: long swords, daggers, bows, magic, staffs and special moves. It is an impressive array of options, working neatly with primary and secondary weapons being separate to your magic and special moves. It might be blasphemy to some, but I had more fun with the combat in the demo of Amalur than I did in all my time with Skyrim. Stealth has been employed quite nicely, once I was introduced to daggers and sneaking I was on my way. When you start to sneak, a red orb appears over enemies heads which fills with red when they are alert to your presence. My first sneak attack outside of the tutorial style introductory quest resulted in an exclamation of “booyeah” from me. Enjoyable stealth and all round combat? Colour me impressed.

Character development appears to be quite in depth as the futureseers of the game will inform you that your fate is in your own hands. So you are free to develop your character as you wish with various skills and abilities to invest in across the three broad classes. The system seems geared up to allowing you to focus on becoming a master of the magical arts, or becoming a character handy with warrior, rogue and magical abilities.

I didn’t spend too much time with character development in the demo, preferring to take a walk around the first town you enter and some of the surrounding areas. While the opening quest is very linear and tutorial styled, once you are out you enter a world which seems from first impressions to be filled with life, crates to bash and dungeons to explore. Whether it will quite match the sheer amount of things to do as Skyrim does, we will have to wait to see, but it is a good start. I’m looking forward to seeing more of Amalur when it is released, I am hoping for some good action and that character development system is certainly looking intriguing from my brief fiddle. Time will tell whether it is a Skyrim beater, but the demo has given me cause for optimism.

Kingdoms of Amalur: Reckoning is out 10th February on PC, 360 and PS3. Chris played the PC demo.