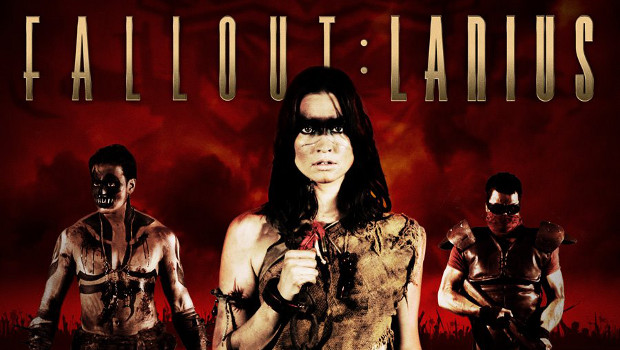 Game fans are wonderfully creative people. As a community, we constantly see costumes and theatre, weapon replicas, game-inspired fashion, original and covered game songs, fan-art and fan-fiction. Every now and again a short film will come around with results varying from “Huh, kinda cool,” and “Holy cow, so… so beautiful *sniff*”. A director glorying in the name Wade K. Savage has built a team of experienced film-makers and is asking for $10,000 to make Legate: Lanius, a short telling the story of Fallout: NV’s masked Big Bad.

The team already have Mitch Lewis, the original voice of the Legate, to reprise his role in this live-action short. It seems Lewis is only providing his voice as  ‘professional strongman and martial artist’ Johnny Domino is also listed as playing Lanius. He is the man on the left of the image above. Front and centre is Caris Eves, a theatre actor and model, as Quill. I’m going to go ahead and assume she’s both the love interest and is killed by Lanius by the end.

Savage emphasises that the film is not-for-profit and all money contributed will go to production costs, which is especially good to know. In return for your money, rewards range from your name in the credits ($5) and a HD download ($10) to (big breath) a credit, a download, a signed poster, a limited edition DVD, a Mark of Caesar pendant, a framed photo of Lanius signed by the actor and a chock-off sword prop ($1000). You know, if you have a spare thou’ lying around. Contribution period ends December 3rd.

Here is a series of pretty pictures and Wade K. Savage determinedly not looking at the camera.