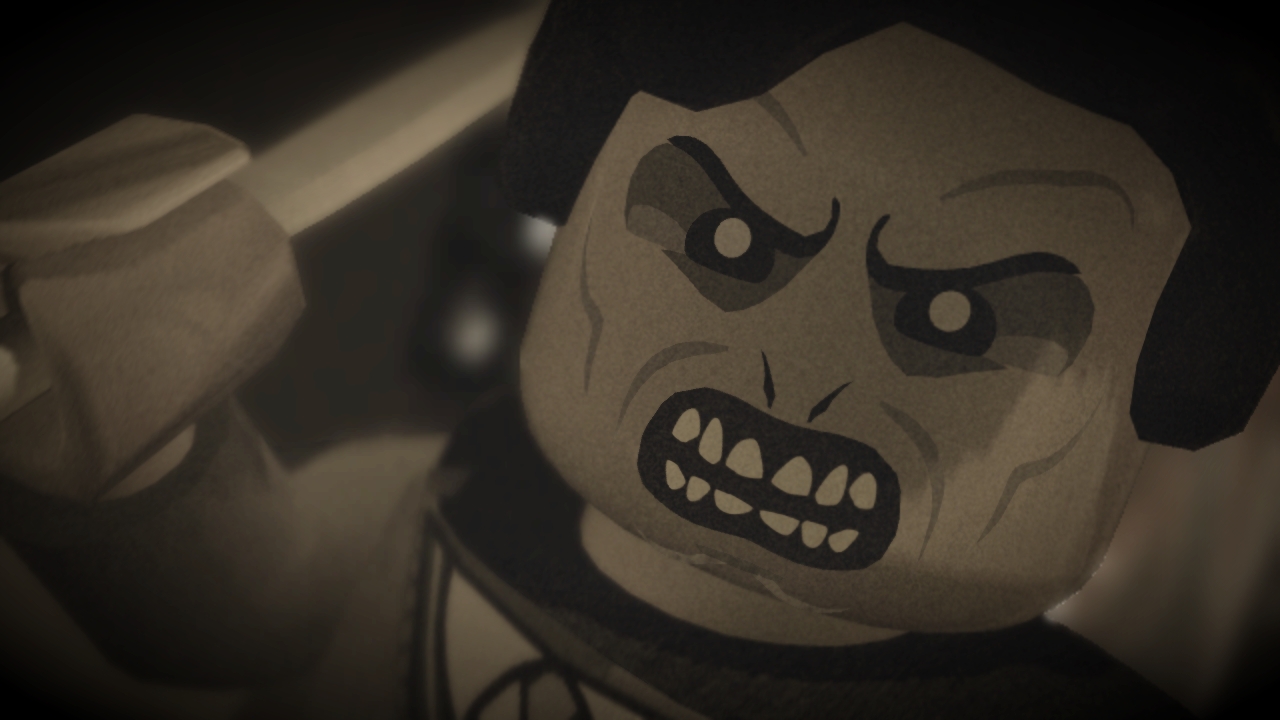 The Harry Potter books and films re-imagined as LEGO games, great combination, I’ll give it a Headshot, everyone can go home happy.

Really, that is all you need to know. Well, maybe you would like a few more details, so here goes.

Years 5-7 takes the formula established in Years 1-4 and doesn’t really do much to it, not that it needs to. The basic flow of free roaming around Hogwarts, attending lessons to learn new spells and story missions is retained. It is a system which works fantastically well and is at the heart of what makes the LEGO Harry Potter games so fun.

The game starts with minifig Harry and Dudley sitting in a playground with a dark brooding sky, your first task is to escape the playground. Or, like me, you can ignore that message and wave your wand at anything and everything you see around you (Dudley uses his body to destroy things, pathetic muggle that he is), be it blowing up the roundabout or jumping on the trampoline to having a go on the swings. After taking on, and losing to the Dementors you get some broomstick action over the River Thames at night, quite a sight I must say with LEGO buildings and boats all around. Soon enough Harry, Ron and Harmione find themselves in Diagon Alley on their way to the train which will take them to Hogwarts. Upon leaving The Leaky Cauldron you are presented with a quintessential English road complete with red telephone box and roadworks. Here you will also find a shop with some musical instruments in the window, and quick flick of the wand and an electric guitar riff breaks out leading to any non-player minifigs to start dancing a merry dance. There are some other similar situations through the course of the game, and if they don’t get you cracking a giant grin then I implore you to visit a doctor.

Hogwarts itself has received a bit of a facelift since Years 1-4, while the basic layout is much the same, there are a few nice design tweaks which keep things feeling fresh, the approach to the castle from the train station is especially sublime on your first visit. Have no fear of getting lost if you go wandering the hallways looking for suits of armour to destroy and reassemble, Nearly Headless Nick is always on hand to point lead you towards your next lesson or story sequence.

The joy of this game is when you wander the castle looking for fun and games and come across something which blocks your path, soon you attend a lesson, always filled with a great deal of laughs, which teaches you a new spell which will let you through the blocked passageway. Your route then to the next story mission might require you to destroy that once impossible to destroy object using your new spell. In this way you will never come across a story level you are unable to complete because you don’t know the relevant spells, and you know that sooner or later you will be able to find your way past that object so you can further explore Hogwarts saving any Students in Peril as you go by spraying water water at a bully or releasing the poor minifig from a spider web.

Some of the animations on the characters is truly brilliant, I never would have thought LEGO characters could convey as much emotion as they do at times during this game. Some of the best cutscenes occur during The Half-Blood Prince around the time of Professor Slughorn’s party, it is worth playing the game just to see some of the faces being pulled by the minifigs during this part of the game. Another stand out moment comes at the end of the Order of the Phoenix story, though I won’t ruin that moment for you.

While there are many brilliant comedic moments through Years 5-7, there are also some very well fashioned darker levels in keeping with the growing doom of the books and films at this stage. Levels where Harry explores Snape’s memory and when he sees Dumbledore visit Tom Riddle play out in a brilliant fashion with a lovely change to the colour scheme and mood of the game. These moments provide an extremely enjoyable change of pace to the rest of the game. As I said at the start of this review, this is a bloody good game and well deserving of the Headshot rating it will receive. Don’t take it too seriously, and if you can play with a friend, even better as you will avoid the sometimes slow and cumbersome AI getting in your way.