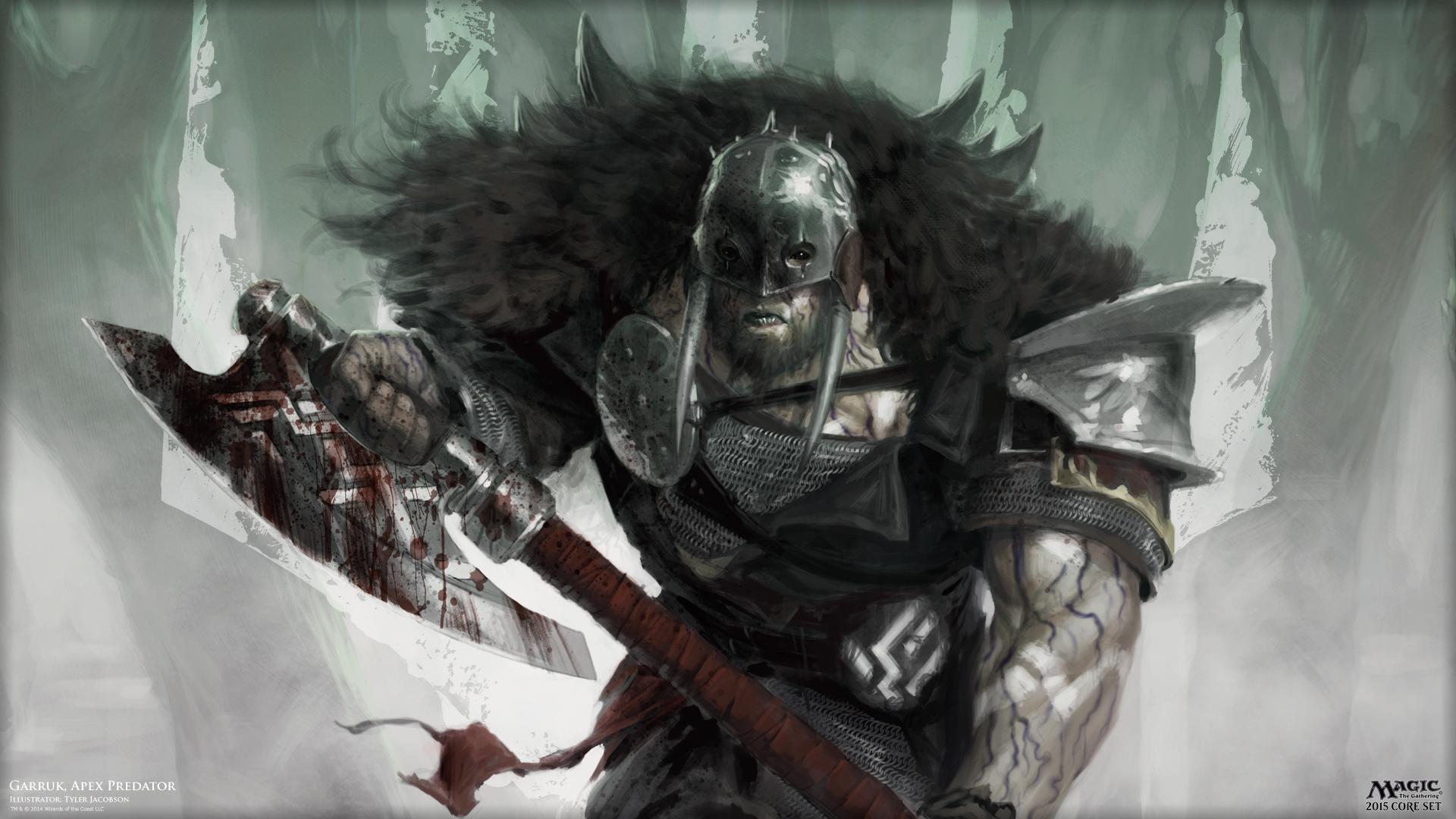 I still remember accidentally discovering Magic a few years back whilst trawling the latest videos on YouTube. The video I watched that day showed two players using physical cards of many colours whilst they talked a lot of jargon and not very much was explained to the viewer. After a couple minutes of sheer bewilderment I had skipped onto the next video thinking to myself “That doesn’t look like something I would enjoy”.

Little did I know how wrong I was.

In the few years since watching that video my ageing brain has become more accustomed to the type of games that involve more depth and tactical thought. I have also since popped my CCG cherry with a fairly recent and highly addictive game that I will try my hardest not to mention or compare with during this review. If you know me or follow me on twitter you’ll definitely know which game I’m talking about. In any case I thought it was about time I tried one of the oldest and most loved CCG’s of modern times.

For anyone such as myself that is entirely new to Magic, you’ll be happy to hear that quite a bit of Magic 2015: Duels of the Planeswalkers is explained and tested before you start the game proper. Hidden away in the slow and rather clunky feeling menu system there is a handy help section that describes the basics of cards, combat and building your own deck. There is also a skippable tutorial section that consists of five quests and a boss that help you learn the game by practising different predetermined scenarios. Reading and completing these sections set me off on a firm foot for the campaign and I would recommend this for any beginners.

Gameplay in Magic 2015 revolves around the use of different colours of cards; black, blue, white, red and green, each with their own theme. There are also neutral cards that can be used by anyone with enough mana to do so. These coloured cards consist of five different types. Land cards, which generate mana used to cast various spells and summon creatures. Creatures, which can attack your opponent and block damage from other creatures. Enchantments which affect a creature for as long as it remains in play. Sorcery spells, used to cause damage or counter opponents spells. And finally artefacts, cards with various different enhancing abilities.

Still with me? Good. When tackling the tutorial boss you’re given a choice of two card colours that you wish to base your first deck on. This choice is permanent so think carefully before making a decision as not all the colours blend perfectly. I chose white, which focuses on healing and small creatures; and green, which focuses on larger creatures with powerful attacks.

During the campaign you unlock five different planes or levels with different encounters and a boss in each one. After winning each encounter you are given a booster deck of cards that hopefully (but not always) improves the quality and effectiveness of your deck or any future deck you choose to make. This process is rather slow as a booster deck may only contain two or three cards of the colour you need and they could be doubles. While not actively encouraged, repeating sections to farm for cards or buying booster packs via the store is certainly needed if you want to make any kind of progress in a reasonable time frame. Mulitplayer also suffers a lot from the slow card unlocking and microtransactions, meaning again that you’re either forced to buy premium content or sink hundreds of hours into the game if you want to make any kind of progress here.

There also seems to be a distinct lack of game modes in Magic 2015. While the campaign consists of different encounters, if you struggle at a certain point there is no where else to turn except multiplayer. Multiplyer consists of 1v1 and three or four player free-for-all and while all these game modes are enjoyable the first few times, you soon discover your deck is under par and that multiplayer is somewhat of a pay to win event.

Magic 2015 has kept me entertained for a good ten plus hours now and the initial £7 game price has probably earned its weight, at least in my eyes. I’ve thoroughly enjoyed learning about the mechanics and tactics of the game and enjoyed trying out the multiplyer modes. However I doubt veterans of the series will consider this price tag quite the same value. I’m happy taking things at a slow pace for now but won’t be long before they’re opening their wallets to strengthen decks with booster cards, and that’s a shame as Magic 2015 started out promisingly. The campaign progress, the multiplyer battles, they all grind to a halt as soon as decide not to spend any more money and that shouldn’t be the way for a game with a base price instead of being free-to-play, and for me this is where it falls short.

I can see myself jumping back into Magic 2015 occasionally for a change of scene and when I’m in the mood for a more tactical battle, but to be honest this was never going to keep me away from Hearthstone…

…dammit I was so close.

The Verdict – On target