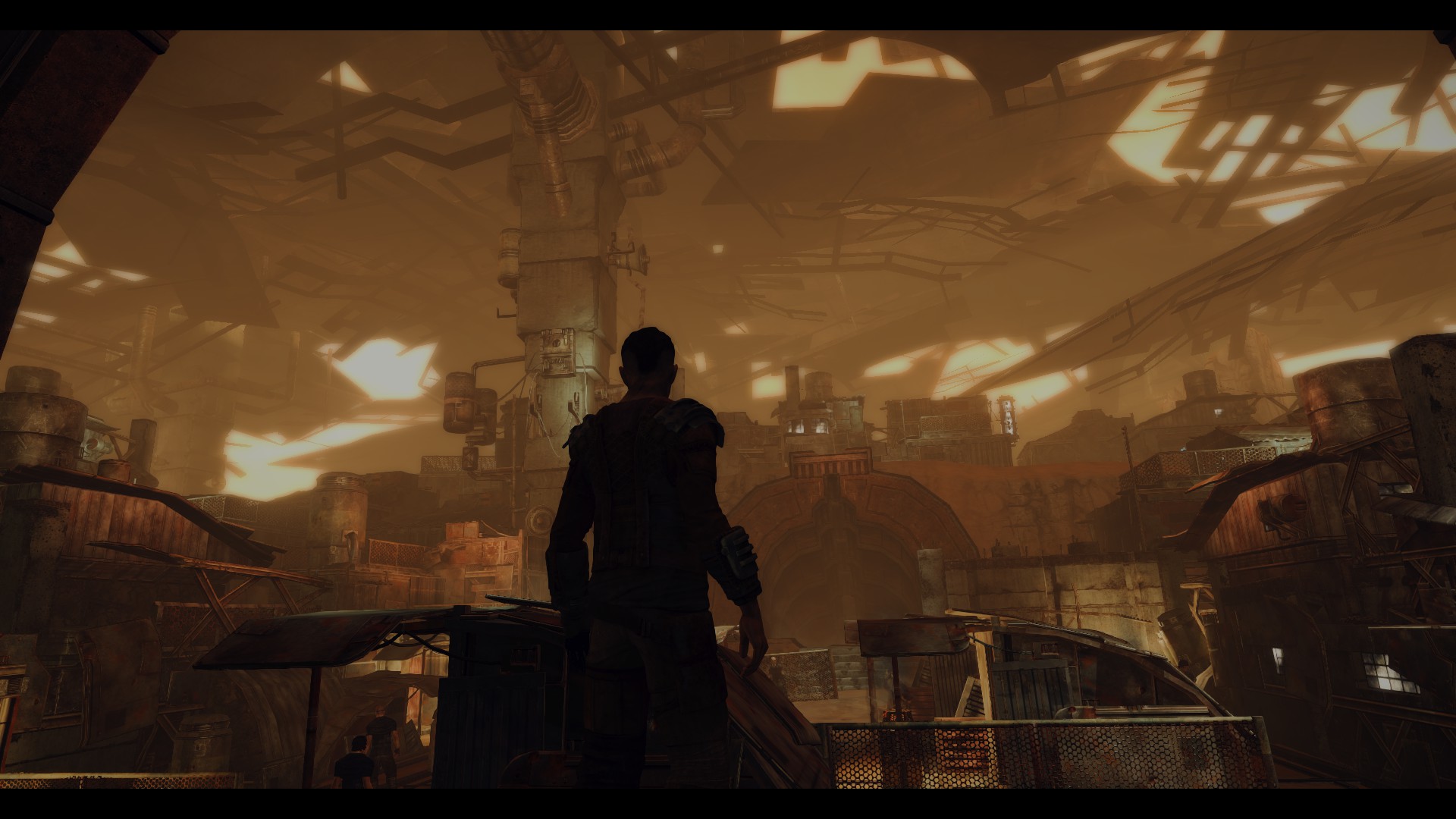 I love the lesser lights of the RPG genre as much as I enjoy the blockbuster titles. I adored Skyrim, while I also found plenty of joy in Kingdoms of Amalur. So when I heard about Mars: War Logs, a title from the people behind that Game of Thrones game I was without a doubt keen to see what it was all about. I’ve already given some thoughts on the first chapter, but hit the break and you can read the Verdict.

There have been one or two moments in the game which I’ve most certainly not enjoyed, they came across in a very crass way. They arose during some quests in the second chapter and they surrounded the women in the game. You have dealings with the mistress of a brothel, a pimp, a female murder victim and a lady who has no concept of a healthy sexual relationship. Lots of games deal with women in a crass manner, but rarely have they aggrieved me as much as they do here. There are sexual connotations and innuendos at work with the majority of female characters you come across, and they have really put a pause to my enjoyment of what is otherwise a fairly decent game. I don’t want to dwell too much further on these issues, so what did the game really do well? It got me involved into the characters and hit me with a sucker-punch at the end of the second chapter with a moment which has me wondering whether I should have made an entirely different decision on which group to support. The moment where you choose between working for the Resistance against the brutal rulers of the corner of Mars you inhabit, or work with a group inside the ruling faction might not lead to much difference in how the rest of the game plays out, but I certainly imagine it would. You get the feeling that you will be faced with this decision for about an hour of gameplay before it arrives, and when it came I was still unsure which direction to take. That is when you know a game has done well.

Those are probably the low and the highlights of the game, as with everything else it does a fairly decent job without ever being a standout classic. I talked a little bit in my intro about games like Skyrim and Amalur, it is most certainly a massive step beneath those two, but it seems to be quite a bit better than Game of Thrones judging by the general sentiment to that game and Lily’s review. What I think holds War Logs back is the evident low development budget, there is no spark to the visuals, nothing catches the eye at all and all too often the same character models are used for random NPCs.

Other bugbears arise when you enter different areas where there have been groups of enemies and they keep re-appearing on your third visit back through that little area. It doesn’t only happen when you leave them unconscious on the ground (to keep on the ‘good’ side of the morality scale), even after killing and hiding the bodies, the same group will return. It is all well and good in allowing you too level up and grab more loot, but it gets predictable. Combat is again fine while lacking the necessary something to really standout from the crowd. It takes place in pausable real-time, when you enter the tactics menu and pause the action you can give orders to you companion and choose skills or equipment you haven’t hotkeyed. (To note, I’m using my 360 pad while on the PC.) When you aren’t using you ‘magical’ electric-based powers or other tools, you are simply hitting and blocking with your melee weapon of choice. Perfunctory without being amazing, your skills can be described in a similar manner.

Upgrading your equipment and crafting is pretty cool, I’ll give it that and the general revenge storyline does a good job of keeping you moving on. While I might have some unease over the content depicted in some quests, for the large part they are handled well. Tellingly, despite the lack of razz-matazz, I kept going through the second chapter which does drag on at points. Once you get into the last two chapters, things pick up pace and the story unfolds at a decent clip. There are options all along the last quarter which will determine how the finale plays out, it is satisfying if not truly as rewarding as it could be. It is currently listed at £15 on Steam, a fair price for the ten or so hours that one playthrough taking in most side quests gives you.