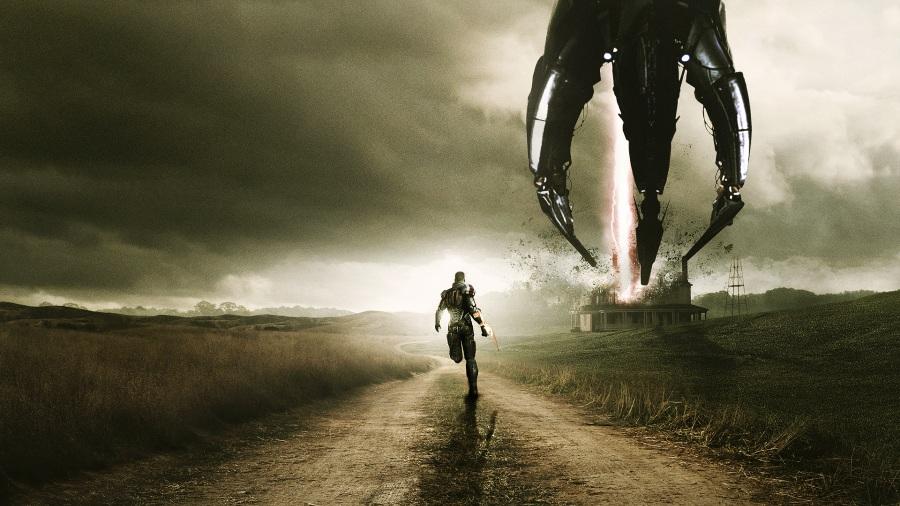 The first choice for me was one of great importance. It could mean the difference between life and death, the destruction of a whole civilisation or the lives of my crew members. At least that’s how important it felt. The decision of course was whether I wanted to keep the original Shepard on the front cover of my Mass Effect 3 box or flip over to the rather sleek looking reversible FemShep cover on the other side. I may come across a bit of stick for this but I changed to the FemShep cover, I didn’t think I would but until I saw it with my own eyes I had all but dismissed how anyone could even look at her. And that’s the essence of Mass Effect really. You may have watched your friend play or seen video footage of the game but until you play and make the decisions for yourself and deal with the consequences in your own way you will never really have experienced what the game is all about and it will hold no personal meaning to you.

It’s been a tough few weeks in my attempt at a spoiler free build up to Mass Effect 3’s launch especially with the EU release date being three days behind North America. But fear not, I wont be giving away any major plot lines or story details during this review. Bioware’s epic action RPG and final instalment in the series is set directly after the Arrival DLC from the last game, and as before you are given the option to import your previous saves including over 1,000 variables defining how the game will play out. In trying to attract new players, Bioware have included various gameplay types letting you choose to play with a focus or RPG elements, combat or both. Why anyone would want to play through Mass Effect without making any decisions is beyond me though and this seems like a strange inclusion.

It’s clear to see from the first few hours of play that a lot has changed in the time since Commander Shepard was relived of duty by the Alliance for his actions. The feeling is one of intensity and heavy burden. Everyone is counting on Shepard for information and direction on how to take on the pending Reaper assault but no one, except the always loyal minority, are willing to put solid faith in him until he proves himself to them. Tasked with readying the galaxy for the war with the Reapers and anyone else who stands in the way, it’s once again up to Shepard to gain allies and build a task force for war. A few new notable elements have been added to the game this time around. The cover mechanisms have received a little improving, meaning you are now able to move from object to object at the tap of a button and without breaking said cover which is handy when facing stronger foes that can kill you with a couple shots. You can also sprint from cover and double tap to vault over objects which at least slightly improves movement. The Normandy is now home to the War Room in which you can view the individual assets (people, fleets of ships or vehicles , weaponry etc) you have acquired over your missions and the military value that they have. This is a handy visual confirmation of all your efforts and kind of replaces the end of mission summary you used to get in Mass Effect 2. Reputation has also changed slightly this time around. Instead of gaining reputation solely for making paragon or renegade decisions you can now gain reputation neutrally increasing both bars at the same time but keeping the same ratio between the two.

The jump between ME1 and ME2 was rather large graphically with many improvements to gameplay and changes good and bad but not so much between the second and third instalments, meaning if you’ve played ME2 you will feel very at home with how everything works. Maybe this is why they decided the inclusion of multiplayer was a good idea this time around, adding something new and untouched for the players. Multiplayer is a tricky one for me and I’ve re-written this paragraph many times as my opinion has changed. On the one hand I can see that Bioware have not just added it for the sake of adding it but have put time into polishing it and making it really rather enjoyable. The problem for me is that Mass Effect will never be about anything other than Shepard and the unbeatable single player experience it offers. I played the multiplayer for hours on my first encounter finding it very addictive and enjoyable. But whilst doing so I was thinking about how much better it would be to be to sticking my Omni-blade into a Cerberus foe as part of some greater reason than to gain XP and level up. Bioware have kind of outdone themselves in the sense that as good as it is, it seems as if there is no final objective to aim towards and no longevity to the multiplayer portion of the game. There is the whole galactic readiness thing but I don’t agree with tying the single player and the multiplayer together like that. The multiplayer is not bad by a long shot, It’s fast paced, rewarding and encourages teamwork in many cases. It’s just that the single player is so good that after my initial delve into the MP side of things and clearing up most of the achievements in one night It will probably be a long time until I return again.

If I had to be picky and choose some bad points in the game they would be fairly minor ones. The duck and cover mechanisms have always been a bit temperamental and whilst they have been slightly improved for this outing, the problems are still there and make some combat situations harder than they should be. Using the same button to run, take cover and revive makes a hectic multiplayer map and single player environments frustrating when manoeuvrability should be key. Missions are not tracked as well in ME3 as they were in ME2. The end of mission summary is no longer available and it seems as though if you pick up side quests that sometimes they are not tracked in your mission log as the secondary mission tab has also been removed. Another thing that was neither here nor there but bugged me a lot was the countless amounts of DLC armour and weapons you could acquire before even starting the game. Surprise pre order bonuses, Facebook apps, BF3 and even demos for other games were all giving DLC away. I understand that building awareness for a games release is important but this just seemed a bit over the top. All the stops have been pulled out to make this the best Mass Effect yet with improved graphics and visuals making the cut scenes all the more enjoyable. Added depth in weapon customisation, improved audio and more information than you can ever need or want to read. A wealth of back-story and information on races and planets is also available for anyone who likes that kind of thing. The voice acting and scriptwriting is great, as has become standard for Mass Effect and the AI has been improved to make combat more intense and challenging than ever.

For me Mass Effect 3 is not a game you can just pick up and play without being ready to put in some serious time. If you haven’t played through Mass Effect 1 or 2 then I highly recommend you do so before playing this. Sure you could take the option of choosing major plot decisions in an unemotional ‘survey’ of sorts before starting the game. But the reason Mass Effect 3 is so great for me is that it’s the culmination of three games worth of story. Characters that you have come to know and love will be again fighting not just for their survival but the survival of many other races in the galaxy. If you haven’t experienced the death, deception, joy, love and life changing decisions of the previous two games then how can you fully enjoy this one?

Click this link for further details on our scoring system