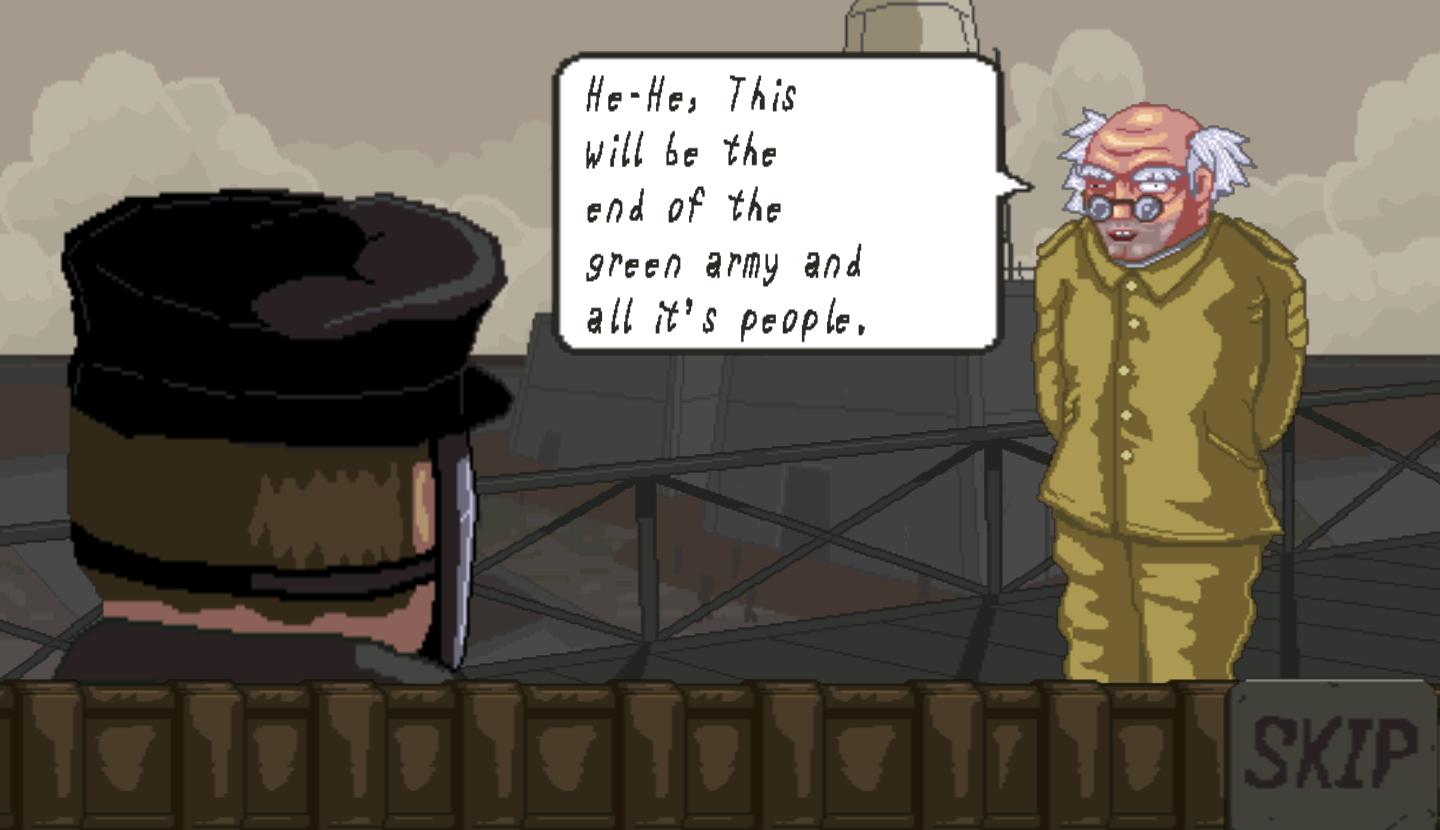 Medal Wars: Keisers Revenge is a new isometric action shooter from one man development team Retro Army, based in Scotland. Set in World War One it assumes the gameplay style of an action RPG not to dissimilar to that of Diablo. Of course in World War One they weren’t able to shoot lighting out their fingertips and instead you have an assortment of guns and explosives to help you complete your missions.

You take the place of a soldier serving in the Green Army as you come under attack from the enemy. Black Army has invaded your territory and it’s time to make a stand. You start off the campaign with a humble pistol and some very basic instructions given to you by busty Betsy your commanding officer, who soon becomes one of the more featured NPC’s in the early game. You’re mission should you choose to accept it, is to face the enemy as a daring lone soldier and take back the land that is rightfully yours.

Medal Wars has recently undergone some changes in order to improve its handling system, something that early players of the game grew to dislike. I found the new controls to be simple and easy to learn. Using a combination of the mouse and a few keys in order to move and shoot and interact. The only time I ever found myself having any difficulties was when I was surrounded by multiple enemies. This is probably more to do with my lack of skills than anything else however, so I wouldn’t look to far into it. Initially Medal Wars might seem somewhat of a simplistic game but as you delve further into the story, the upgradable weapons and collectible items, you will soon come to learn that there is more to it than just run and gun tactics. For example it features a currency system that allows you to upgrade or purchase new weapons and armour. You can also risk your hard earned gold at the card table playing 21. Win and you can buy more upgrades, decorations for your tent and more ammo than a man could ever need. Lose and its back to grinding kills and hoping for gold drops.

There are also collectible cards that feature a variety of scantily clad (and very pixelated) women, a levelling system, player statistics and unlockable medals that act as the games achievement system. There are also a variety of mission types, such as the shooting range levels, bunkers and stealth missions which keep the gameplay fresh. Without these the game could run the risk of being a little stale after a few hours of play, but thankfully this is not the case.

The story in Medal Wars contains a fair bit of whimsical British humour. Even though it is loosely based around a war between opposing countries, it often takes a light hearted approach to its characters and themes making fun of accents, body weight and the size of your commanding officers breasts. This humour can sometimes come across as a little immature and simple, but if you can look past those few occasions the rest is far better.

Medal Wars doesn’t break many barriers in todays gaming terms, but instead provides a solid gaming experience with a setting that has rarely been used in recent years. I feel there are a few things that could improve the game, such as the fact there is only one difficulty setting with unlimited respawns. But in general what has been achieved by a single person, over years of hard work is a game that ticks all the boxes you could want from an indie game. It’s enjoyable, easy to play (but at times challenging) and provides value for money.

Review based on a copy Supplied by Retro Army.