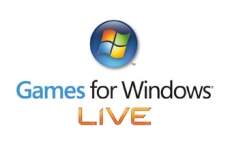 I am ever puzzled by Microsoft’s approach to PC gaming, most recently highlighted by their decision to move the Games for Windows Live forums to the Xbox forums.

This is another example of a confused approach to the PC and Games for Windows live. At times we see various execs making loud and proud statements about the company refocusing on PC gaming and then, silence with little changing or actions that come across as the complete reverse of their previous comments.

This is a company which has made some nice moves and comments for the upcoming release of the PC version of Fable 3. But again, the case of Fable is one full of confusion. We got a port of the original Fable, the second didn’t make an appearance yet the third one is receiving, from early reports, a very accomplished port.

When you look at the Games for Windows Live marketplace you see a distribution platform which was relaunched with a nice little buzz and has seen one or two very good offers, notably Age of Empires. Since then however, there has been little excitement about it and with Fable 3 being released on Steam as well, it shows a distinct lack of faith in the viability of the Marketplace in gaining a share of the digital distribution audience.

Little has been done to improve the in-game interface of the GFWL client despite its’ obvious lack of PC optimization. If Microsoft wants users to become more comfortable with the inclusion of GFWL in titles, they need to actually tailor it for use on PCs.

It is true that the Xbox is clearly the priority of the gaming division at Microsoft, but until they start to treat the PC in a consistent and positive attitude, many will continue to deride Microsoft for not caring about the platform. Their decision to close the dedicated Games for Windows forums just serves as a reminder for their confused approach to PC gaming.