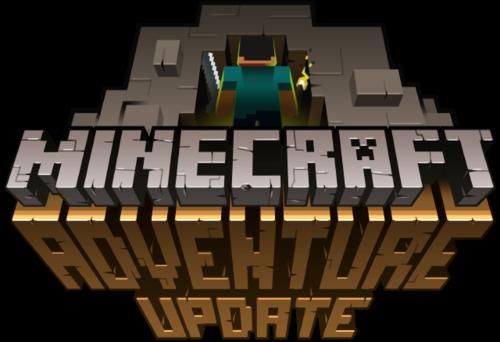 Patch 1.8, also known as the “Adventure Update” is one half of the biggest and most anticipated update given to Minecraft yet and was officially released on Wednesday. Notch aka Marcus Persson the developer and lead designer for Minecraft showed a preview of the update at PAX in a gameplay style interview. He went over some of the new additions to the game whilst playing. A trailer has also been made for the patch release.

Notable additions from this patch include a new mob, the Enderman, who once spotted will only attack when you look away from it. Creative mode, which gives you unlimited resources and health and faster travel making it easier to build efficiently. You can now gain experience from killing mobs and gain levels from earning certain amounts of experience. Also included are Randomly generated NPC villages, the ability to sprint, underground dungeons and abandoned mine shafts.

A download to the update had been leaked earlier in the week which seemed to come from within Mojang itself but nothing was properly confirmed. Notch posted on his Twitter to say “I am fine with you using it. Make sure you get it from the leaked url we are hosting, though” and that he felt a lot better for the fans who were eager for the update.

I have been waiting for this update for a long time as it will add a great deal of depth to the game on the explore and adventure side of things which is a part that I thoroughly enjoy. The good thing is that more is still to come. Minecraft is still in Beta form and due for final release on 11th of November or 11.11.11. Notch still has many things to add to the game before this time so expect more updates in the coming weeks and months.