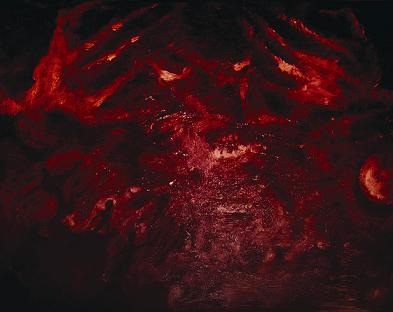 We’ve been waiting months to find out what lay at the centre of Peter Molyneux’s Cube, but now a young girl from Ipswich has finally cracked open its cryptic casing to reveal all.

Curiosity: What’s inside the Cube? was released in November 2012 as a massive social experiment by Peter ‘22 Cans’ Molyneux, brainchild of Black and White, Fable and other popular games. Simply consisting of a gigantic cube, players would co-operate by tapping away at its exterior, hoping to reach the centre to discover the contents. But it was Pandora that finished it.

“She’d been playing with Curiosity non-stop for weeks,” her father explained. “Every day, all she did was tap, tap, tap. I honestly never expected her to win – no-one did. Don’t get me wrong, I’m happy for her, but I’m just not sure all that fun was worth what’s now been unleashed.”

During the creation of Curiosity, Peter Molyneux stated that “what is inside the cube is life-changingly amazing by any definition.” Also, and most intriguingly, only the winner of Curiosity would experience the opening of the cube to see the final prize. Knowing this, I asked Pandora to describe her feelings about what she’d found inside the cube.

“The unspeakable horrors, the colours from out of space, la, la, la!!!!! ” she explained, with perhaps excessive punctuation.

Apparently overwhelmed by emotion, I left her to her thoughts and asked her mother what she felt about her daughter’s success. “I don’t know what they expect us to do with it,” she said, referring to Pandora’s prize. “It’s not like we’ve got room for it here, and how are we going to feed it?”

Peter Molyneux was unfortunately unavailable for comment, although his lawyer did state for the record that the subsequent destruction of Milton Keynes not one hour after the cube’s opening was purely coincidental, having nothing at all to do with the contents of the cube.

ADDENDUM: THIS ARTICLE WAS POSTED 1ST APRIL 2013, AND MAY THEREFORE CONTAIN LITTLE TO NO BASIS IN FACTUAL TRUTH.