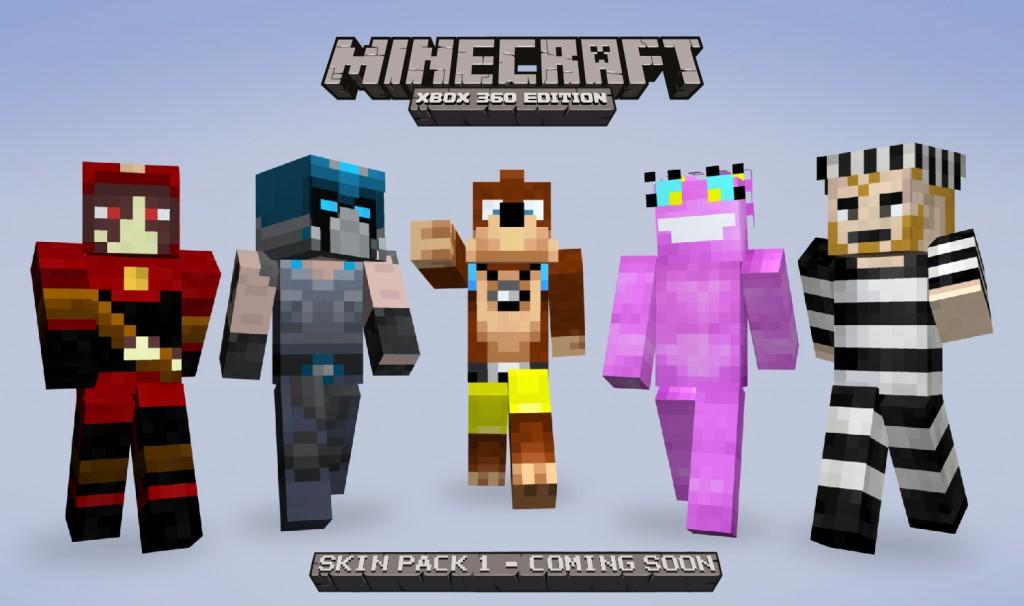 While it seems that the Xbox edition of Minecraft is always playing catch up, I can’t help but get just as exited over every update and every little bit of new content added as I did when playing on the PC. Owners of Minecraft 360 (as I like to refer to it as) are awaiting the release of the 1.7.3 update which will bring about shears, pistons and many bug fixes among other things.

Most notably though will be the option to customise the skin of your character thanks to a handy skin DLC pack planned for release along side the update. The price of the pack has not yet been stated but we do know that it will contain 40 skins including a King, a Creeper, Splosion Man, Covenant Grunt and Trials Man.

Five more skins have also recently been unveiled. The newcomers include: Ms Splosion Man, Clayton Carmine (Gears of War), Banjo (Banjo and Kazooie), Jack of Blades (Fable) and a prisoner.