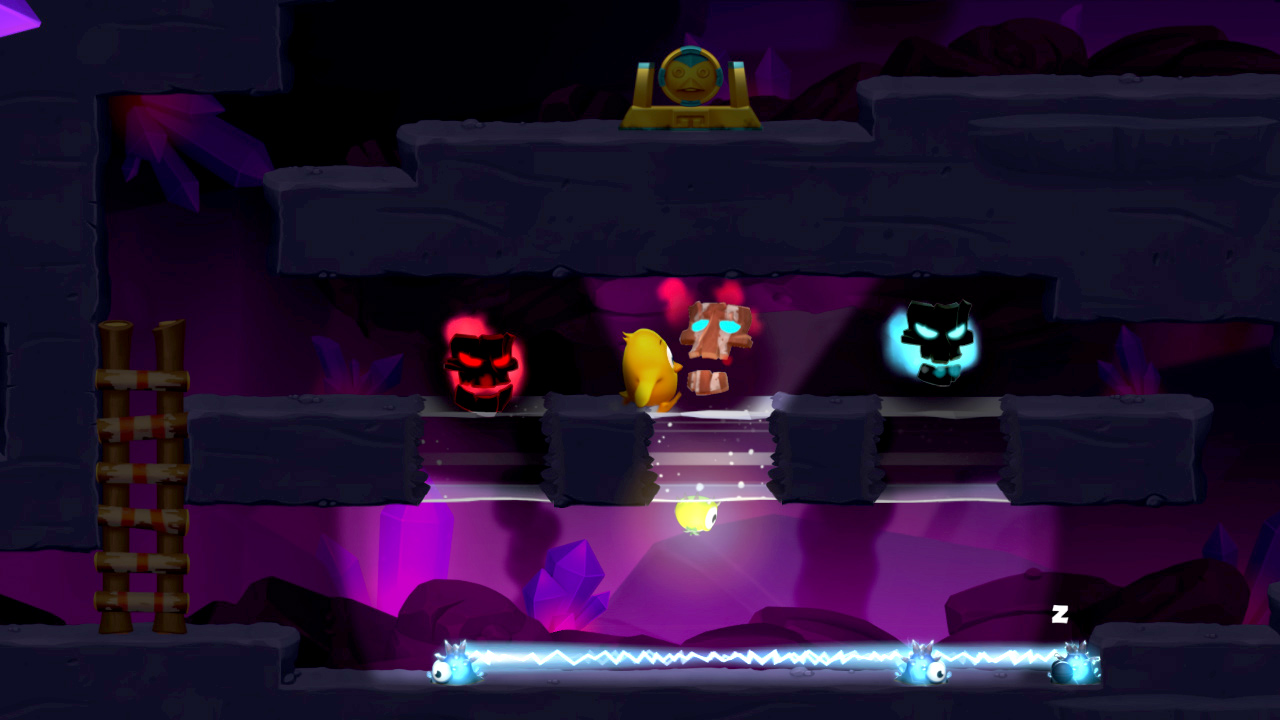 Toki Tori 2 has quietly been in development for quite some time now and with good reason. Two Tribes made the decision that this would be the first game in a decade that would be entirely without the pressures of having a publisher. Instead of being dogged down by release dates Two Tribes took “as long as necessary to really make it shine”.

Toki Tori 2 is a puzzle adventure game for Wii U. The game gives players two moves, the whistle and the stomp, with which they can manipulate the behavior of the creatures that inhabit the game world. Its design gives players the freedom to figure everything out for themselves and have fun in the process. Instead of telling players what to do and where to go, we think facilitating exploration and experimentation makes for a far more rewarding experience. We don’t use tutorials or text screens, there is
no text at all in the game. Who reads that anyway? The game’s Metroidvania style open world opens up because players learn more about the world and its creatures, not because we hand out more moves or items. This means inquisitive players can go anywhere right from the start while less experienced players can simply follow the game’s flow and build up their arsenal of knowledge on their own terms.

If you’re itching to play the good news is that Two Tribes are heading to PAX east (Boston, March 22nd-24th) and will be demoing Toki Tori 2 for the Wii U. Keep and eye out for the Indie Mega Booth number 679 and no doubt, a massive yellow chick.