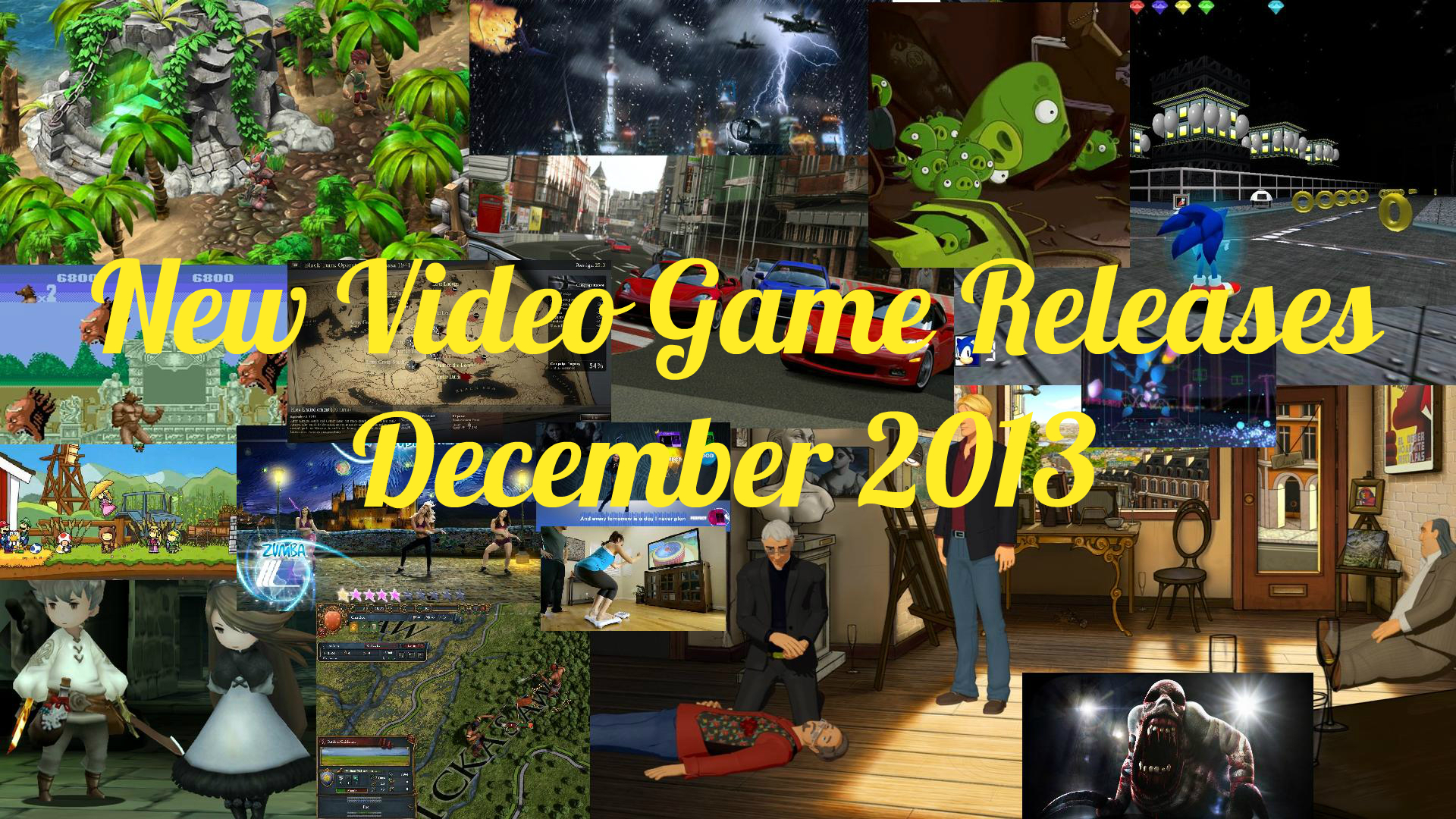 Welcome to The Reticule’s definitive roundup of gaming releases throughout December 2013. All release dates stated are for the EU, across all currently available platforms including Playstation 4 and Xbox One. Paris in the spring. Shots ring out from a gallery… A robbery – a murder – and the beginning of another epic, original Broken Sword adventure. An adventure that will hurl intrepid lawyer George Stobbart and sassy journalist Nico Collard onto the trail of a murderous conspiracy forged in the cauldron of war-torn Europe. A conspiracy whose roots lie in mysteries older than the written word. Armed only with logic, integrity and a wry sense of humour – can George and Nico outwit evil forces both ancient and modern and save mankind from disaster? From a Curse forged by the Devil himself?

Gran Turismo 6 will introduce new locations where the drama will continue to unfold: the Goodwood Hillclimb course, a very exclusive track that only a few selected guests had experienced until now, is recreated for the first time in a video game; the Silverstone Circuit, the holy ground of the GT Academy that nurtured gamers into professional racing drivers; and the legendary Brands Hatch of UK fame, for a total of 7 new tracks included at launch. No matter if you’re driving alone or if you are challenging rivals, GT6 will set the stage for your new drama. Europa Universalis IV: Conquest of Paradise is the first expansion for the critically praised empire building game Europa Universalis IV, focusing on exploration of the new world and the Native American nations. The expansion allows you to send your ships off to the west and discover a new world, unlike any you’ve seen before – for the first time in a Paradox Development Studio game, you are given the option to discover a completely randomized American continent.