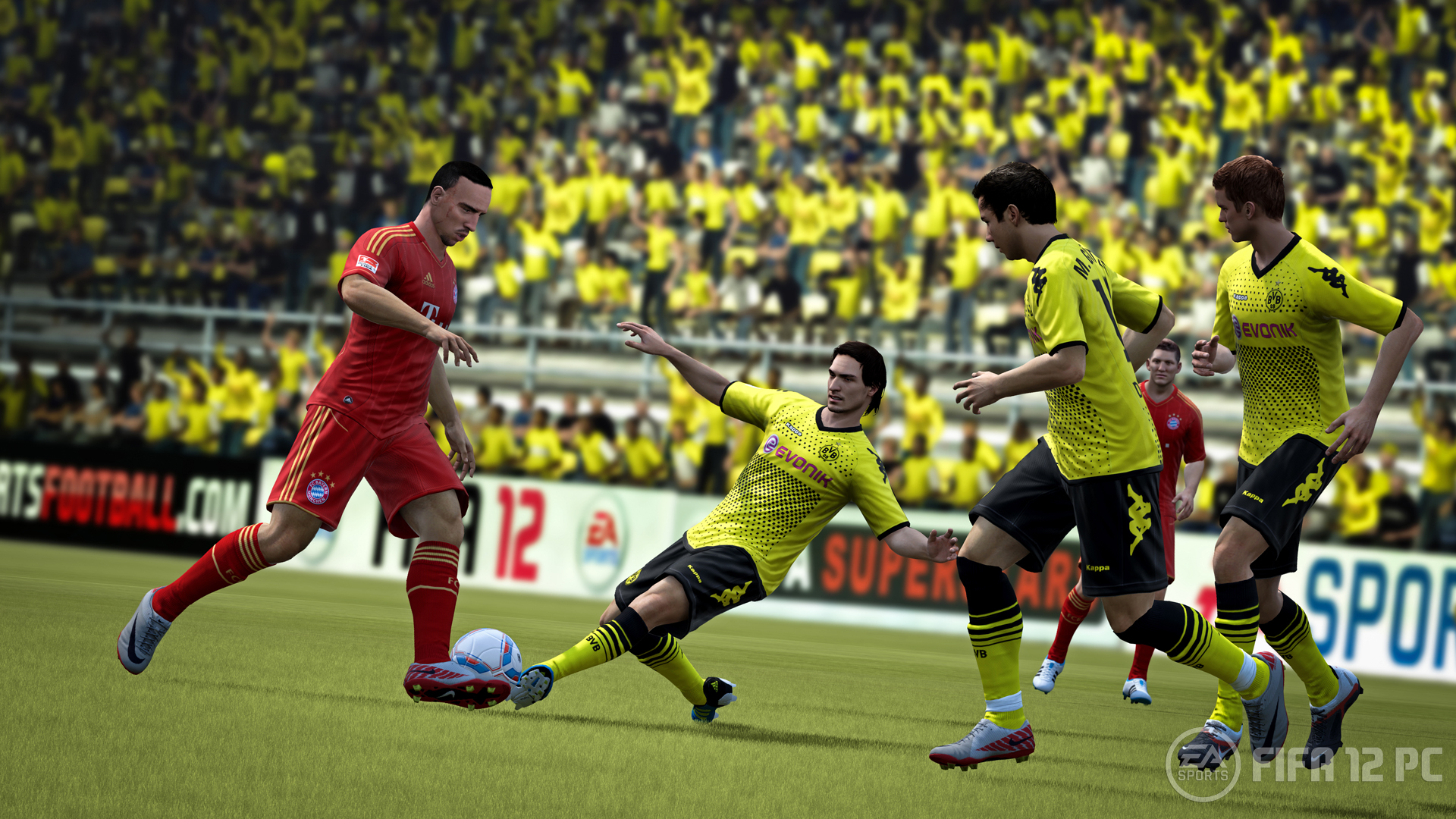 I must say that playing FIFA 12 on the PC is a very enjoyable experience. The reason is simple, this version of the chart topping franchise has been granted a full, feature complete PC version. For the past several years, the PC versions of FIFA games have been lacking the majority of the features found in the console cousins. Last year saw an improvement, with a graphics engine close to par with what the console-toys were delivering, but a lot of the gameplay changes had failed to make the transfer.

So it is nice to see this years PC version matching the consoles toe to toe, the game looks just as good, all the online features are present and correct along with the new physics system which lends a new level of realism to the defensive side of things. That physics system also makes for some amusing moments where your two strikers fall to the floor in a lovers embrace while waiting for a goal kick. The most pleasing aspect about this version of FIFA 12 on the PC is that it manages to replicate the console experience fully with no short cuts, perhaps showing that EA have finally realised that a good port of the game will actually please the PC fanbase rather than cause them to throw their arms up in frustration at lack of parity with the consoles.

While FIFA 12 is a pleasing example of a good port from EA Sports, Tiger Woods 12 was less successful with the retail game effectively being a massive plug for Tiger Woods Online. Why that was released to retail, I don’t know especially when you realise that the console version was entirely different, an issue which led to EA offering PC players refunds on their purchase.

I wish I knew why EA are so averse to releasing sports titles like Madden NFL and NHL on the PC, let alone providing us with a full version of Tiger Woods. Admittedly, sales of FIFA 12 on the PC haven’t matched those that we see on the consoles, but it did début at the top spot on the UK retail PC charts at release, so there is clearly a market out there for sports titles on the PC. That is without considering the unrivalled success of the Football Manager series. Fighting games also find themselves in a similar situation with Street Fighter being the only series to make a PC appearance in recent years. There has been no sign of Mortal Kombat or THQ’s fantastic WWE and UFC franchises appearing on the PC. But if a game like Street Fighter can make the big jump from the consoles to the PC, why can’t these other titles?

With most PC’s now easily outperforming the current generation of consoles, surely developers should be looking at what they can do to release their games on the PC to push their titles forward, especially as most PC gamers nowadays have a control pad of some sort putting that excuse to bed before it arises. If EA can do it with FIFA and Capcom with Street Fighter, why can’t we see more games like this appear on the PC?

One thought on “Nice To See FIFA 12 On The PC, Now Where Are The Rest?”