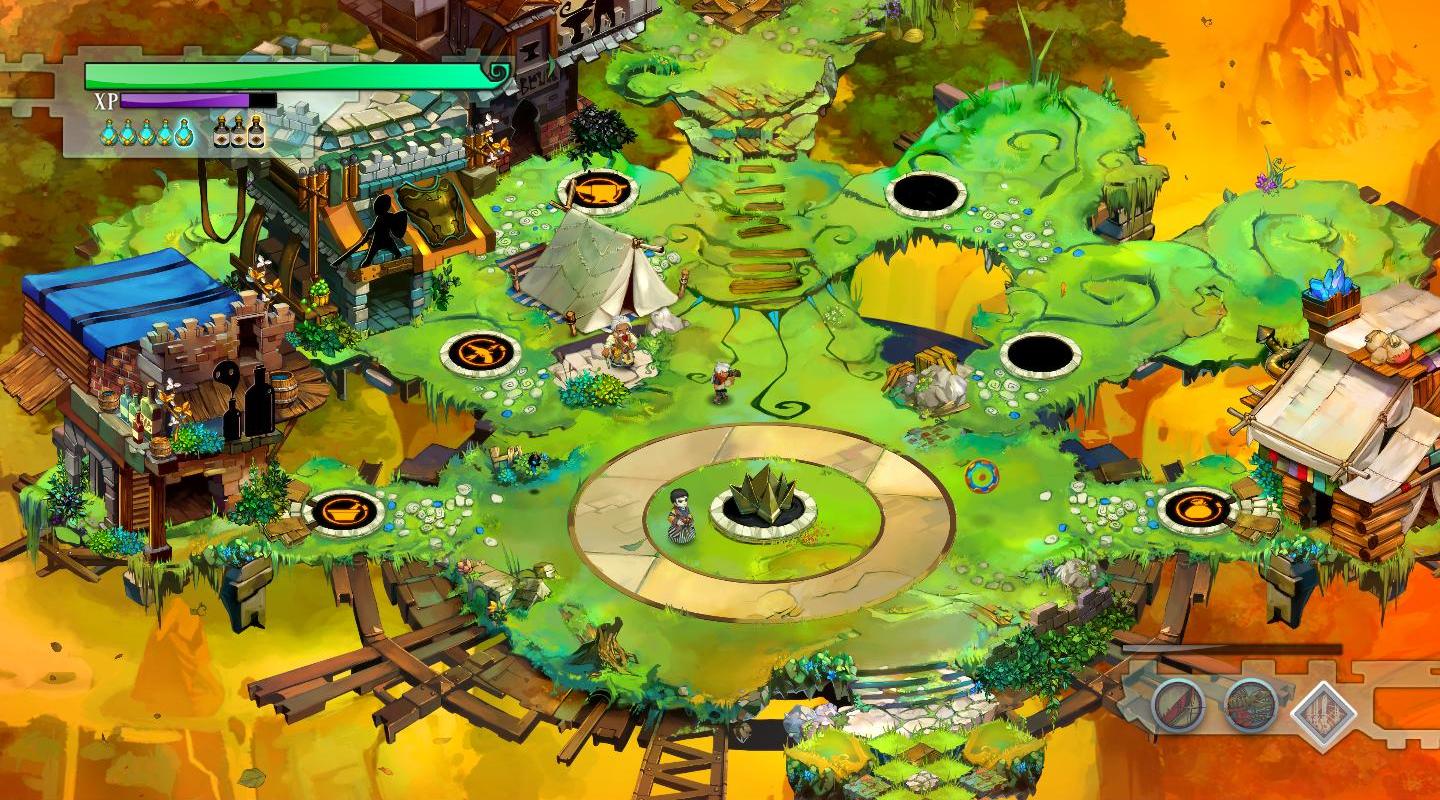 Another week on and I’m still going strong, must be some kind of record for me. This week I’ve mostly been playing Bastion (see below), which I enjoyed so much I ended up finishing it in a couple of days. I also added another game to the completion pile and finished of The Secret Of Monkey Island: Special Edition. Max Payne 2 and puzzle/platformer Braid took the place of these games and I’ve enjoyed what I’ve played so far.

Max Payne 2 has received some obvious updates from the first game, mainly the graphics and slightly altered bullet time abilities, but has still managed to keep the noir story telling and dark themes that made the previous game so unique. Having just started this game I’m eager to find out what kind of mess Max will land himself in this time. In Braid you play out the classic tale of saving a princess from a ferocious monster. The story is explained in stages at the start of each world in text form and whilst this is not the most exciting way to convey the tale, the story has been well written and is just as engaging if you take the time to read it. Braid‘s puzzles revolve around the manipulation of time, with each world allowing for a slightly different effect. I’ve already encountered some very tough puzzles and have the feeling I could be playing this one for a long time yet. Game of the Week

This weeks game of the week goes to the brilliant Bastion. I ventured into this game knowing nothing of the gameplay mechanics or story, only that it had received some great reviews when it was first released back on XBLA. Within an hour I was hooked to the wonderfully narrated story and the way that the gorgeous game world literally unfolds before your eyes. As good as the story and its delivery by the narrator is, my favourite part of the game is the customisation. Just as the world unfolds before you, the customisation of your weapons, upgrades and buffs (known as spirits) are slowly released to you as you complete objectives within the storyline. You can even customise the difficulty you play at allowing foes faster reaction times, regenerating health and a variety of other abilities. Bastion may be short and fairly easy but I have thoroughly enjoyed my time playing it.

In other news I recently discovered Backloggery (pictured above), a super handy website which allows you to list and organise your backlog of games into neat little piles. You can include games from a multitude of platforms and sort them into unplayed, unfinished, beaten and completed categories. Your overall progress is depicted by a neat little percentage bar across the top of the page. You can also add comments to each game explaining what you still need to do if you happened to stop playing the game mid way through the story/completion of achievements etc. I definitely recommend this to anyone who has problems keeping on top of their backlog of games.