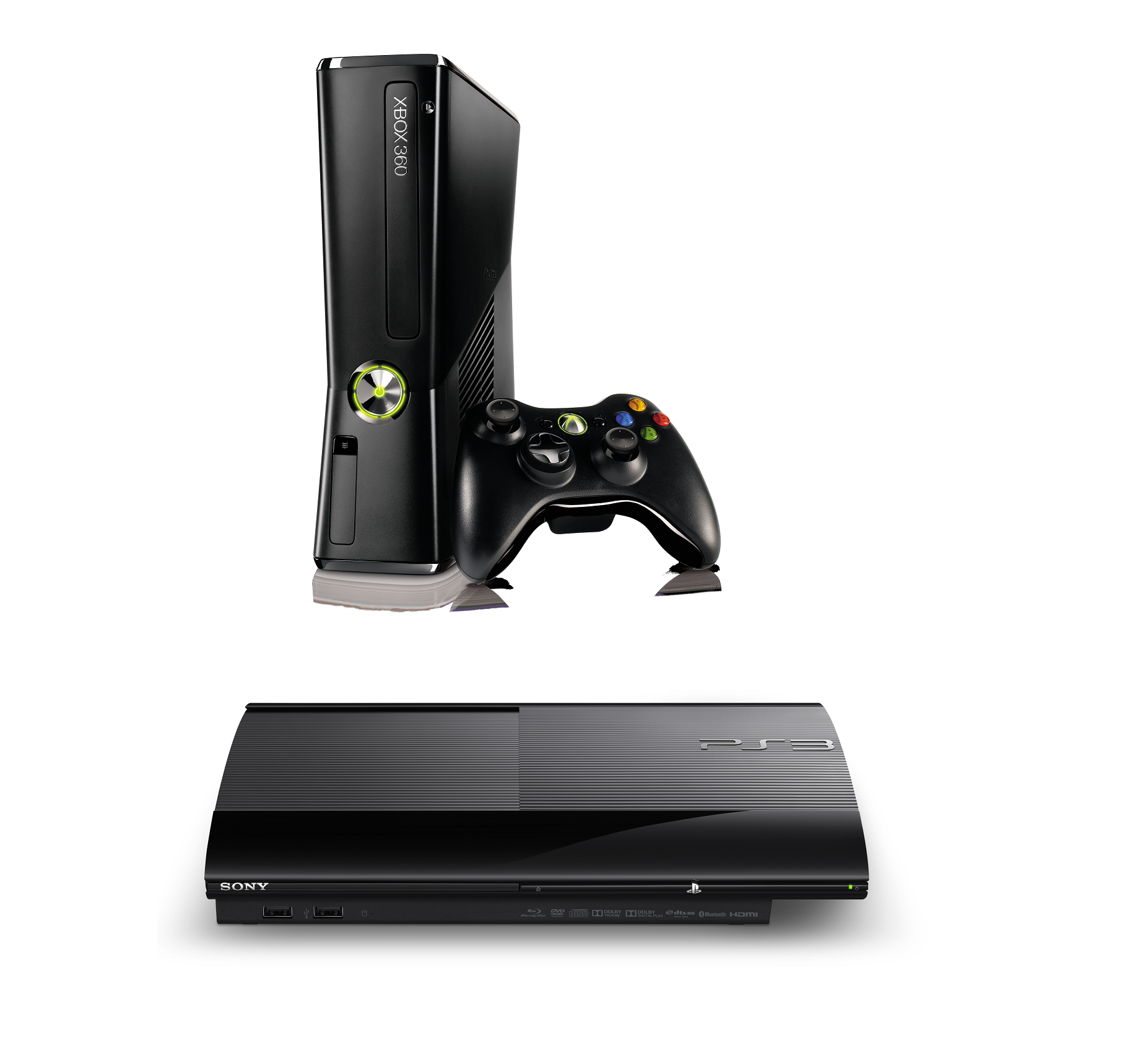 As I talked about in my Editor’s Blog yesterday, we are slap bang in the middle of a change in console generations with Sony and Microsoft launching their new hardware in the UK over the coming weeks. While last week we did a birthday special looking at the past five years in games, this week we take a look at what we have been playing this past generation.

I would struggle to talk about the last generation without mentioning Call of Duty. While I am full of scorn and disappointment at the direction the series has taken in recent years, I still have fond memories of the first Modern Warfare. While I might have played this on the PC, in my eyes it is probably one of the games which can come to define the past generation of consoles. At the time the whole experience was fresh and new. I never imagined a game in which one of the playable characters would be killed off in a nuclear explosion while the sniper mission in Pripyat is still as playable as ever.

Elsewhere we have seen the Grand Theft Auto series really come into its own. The promise that was first hinted at in GTA 3 twelve years-ago was finally realised to its full potential, both in offline and online modes with GTA V. It is a game that might have come out at the end of the generation, but that doesn’t make it any less significant as a game.

In brutal honesty, the ‘exclusive’ games for the 360 and PS3 never grabbed my attention quite as much as they should have, perhaps the only one which sticks in my mind is Forza Horizon for offering a brilliant racing experience. It is certainly one which is much more fun that the main Forza titles and lacks the bloat that undermined Gran Turismo 5 in my eyes. Nevertheless, I will be sticking with the old beasts for a while yet, even if it only to watch Netflix on my TV.

Another generation is over, which is frustrating, because I feel an awful lot like I only just got here. In fact, it was only during my last stint at the Reticule that I finally picked up a PS3 (summer 2011), taking advantage of falling hardware and software prices to pick up a home machine for under £200. It’s certainly not a purchase I regret, but I definitely don’t regret waiting four years for console exclusives to accumulate and depreciate.

Four years really was about the length of time it took for the last gen to provide enough incentives to invest in if you already had a capable enough PC. The Uncharted trilogy, Red Dead Redemption and Little Big Planet were quickly purchased: in the long term, a lot of my PS3 money went on ensuring I had a decent party machine, while also visiting some of Sony’s more ingenious exclusives (Flower especially, though the Pixeljunk games – now slowly filing onto Steam – have a place in my heart. Oh, and the PS1 backcatalogue).

We owe the last gen for our current indie movement – but the generation-agnostic PC seems to have finished what Microsoft initially started so encouragingly. At any rate, the Steam version of Super Meat Boy was probably the only game I actually needed in the last three years. Catch me if you can.

I think a lot of what we’ll remember the outgoing generation for isn’t entirely positive. The stagnation of once great series and genres – especially titles that once motivated my platform purchases – is a particular downer. The flab of Metal Gear Solid 4, the death of the Japanese console RPG… the endless attempts to retell the joke that is Final Fantasy XIII in the hope that we’ll someday acknoweldge the punchline. Microtransactions, dead-end waggle control and cynical DLC. While we’re at it, can we put together an Oscars-style ‘in memoriam’ of all the great studios we lost to AAA’s endless grind?

Oh, and it’s not over yet, not really. Perfectly serviceable versions of almost every major multiplatform release are coming to a machine you currently own, and the new current gen has started with the same whimper that these things always do. If you own a new console, I’m all pity.

And despite the words I’ve already churned out above, I still think it’s a little daft that we celebrate hardware generations at all, and not solely as the quaint PC-using upherself that I probably am. Remember all those fantastic Q Magazine cassette tape retrospectives? Empire’s definitive list of the best DVDs, penned on the day that HD-DVD exploded onto the market? Of course you don’t.

Jon
I never was a big console gamer. In fact, it think the last console I owned was a ps1 at uni. Though I did have a well used N64 back in the day.

When I look back at this console generation though, even on PC the effects can be felt. The proliferation of waist-high walls, checkpoint saving and (more annoyingly for a PC gamer) disappearing enemy-bodies have plagued me throughout the past five years of ‘development’.

I think though that it’s what the consoles do well that sticks in my mind: social gaming. I remember playing wii tennis for the first time. Your actions never quite matching up with what happens on the screen, but you’ve got just enough direct control for it to be hilarious. Especially if played at a party with friends…. And wine.

The other big thing for me was Guitar Hero. I’m about as musical as a tramp falling down the stairs while holding a sack of cats and an accordion. Guitar Hero though made me feel exactly that: like a hero. Loved it, and again, a perfect party game.

So if there’s one thing this console generation has done that I thinks is worth remembering, then it’s the introduction (and social acceptance) of gaming as a group event. Usually at parties…. With wine.

(Instead of describing my own feelings on the retirement of my current console, I thought I’d ask my own systems what they felt about the matter.)

PS3: To be honest, I’m not completely surprised. For the past couple of months I’ve just been sat here gathering dust, and the nearest I came to seeing any action was when I was turned on to briefly last month to show a couple of episodes of Supernatural. I’ve known my time’s been up for a while now, especially after the PC moved downstairs.

PC: Don’t fob this off on me. You’re the one with all the exclusives. You’ve had nearly four years hogging that television and you’ve basically wasted it. If you’d have let me have Red Dead: Redemption you’d probably have been sold years ago.

PS3: Wasted it? What about the Assassin’s Creed series?

PC: Be honest, do you seriously think if they’d come out on PC at the same time you’d really be saying that?

PC: He bought GTA 4 for me too, and which version is he still playing today?

PS3: I do have backwards compatibility. I can play Crash Bandicoot!

PC: No,you can play a specially reconstructed version of Crash Bandicoot made specifically for you. I’m still running games made 25 years ago.

PS3: You won’t be laughing when my replacement comes through. PS4 will show you what’s what.

LG Television: Wait, you mean you haven’t told him?

LG Television: He’s not buying a new console. He’s done with them. Your time is over.

PC: Yes. With me now under the television, really, what’s the point? Film and game streaming? Social media? Multiplayer? I’ve been doing all this for at least five years. What would he even need a console for? You can keep your exclusives, this house belongs to me now.

One thought on “Our Generation in Games”