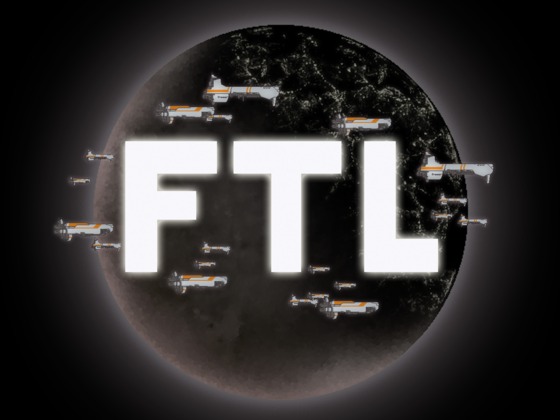 Merry Sunday everybody, it’s Nick here. With Chris no doubt dining on Ferrero Rocher and Buck’s fizz over at Eurogamer,  I’ve been left with the privilege of introducing this week’s Our Week In Games.

This week has been an FTL heavy week, with both Ed and Mike dying amidst the stars. It’s  a remarkable game that’s been absorbing the time of pretty much everyone here at the Reticule. If you haven’t had a chance to experience it yet, its recent release on Steam has meant there’s never been an easier time to climb aboard.

In other news, Chris has this week been getting to grips with Borderland 2‘s Commando class, and I’ve finally achieved the impossible by landing on the Mun. More after the jump.

In a week where my gaming mouse finally decided to go to the place for peripherals in the sky, my gaming choices have been somewhat limited to whatever my laptop’s track-pad will cope with. Before it died, however, I had an interesting time with ThirteenOranges’ Sorcery quest for Skyrim. After discovering an unusual book in the Bard’s College, I journeyed far to the west, where I discovered an isolated sorcerer’s tower. What followed was a brief adventure across several plains of existence. ThirteenOranges has done a great job at adding a puzzle element to Skyrim, with some portions of the quest requiring a little thought. The rest of it, you’ll be pleased to hear, still involves hitting things in the face with your axe. Clocking in at about 45 minutes, excluding travel time, it’s a compact yet well crafted excursion with some unusual sights.

Outside of Skyrim (if such a place even exists), my dalliances with Kerbal Space Program have reached yet another milestone. After nearly a dozen failed attempts, I’ve finally succeeded in landing an (intact) capsule on the Mun, KSP’s counterpart to our own natural satellite. After a brief excursion on the Munar surface, the brave Kerbalnauts lifted off once again in their rocket and turned for home. Moments later they promptly ran out of fuel and crashed.

Faster Than Light has been described elsewhere as “Roguelike-esque”, which seems an apt description for a game that meets most if not all standards of Roguelike. There’s permadeath, randomised star maps (albeit with a limited selection of scenarios to be arranged), and potentially an unfair demise behind every FTL beacon; but you can unlock ships and alternative ship layouts as you go, so while you can’t save your game as such you do have something to show for your progress. Unless you die before meeting any achievement requirements in which case; try again, you’ll have better luck next time, honest. At least that’s what I’ve told myself every night for the past week, cursing my own command choices.

FTL has you, a plucky Federation ship, racing towards HQ with a hostile Rebel fleet hot on your heels, jumping from beacon to beacon with the ultimate goal of upgrading your craft so that it can contend with the Rebels’ nasty flagship. The currency/XP of the game is scrap metal, spent on everything from munitions to new guns to shield and sensor upgrades. Subset Games has given us a space flight sim with a heady mixture of gritty death (crew can easily die to system fires or asphyxiate if life support is lost) amidst such sci-fi staples as teleportation and cloaking devices.

Although encounters are text-based with options, combat has your ship’s layout presented alongside the opponent’s. And then you exchange shots, putting missiles into shield modules, lasering weapon systems, or teleporting a pair of giant mantises across to eat an engineer alive (a particularly effective tactic as it turns out, unless like me you manage to have your ace boarders inside the enemy ship when it succumbs to fire and explodes).

Even on Easy difficulty FTL can be punishing, and I’ve occasionally been handed U-shaped sector layouts which leave me stranded in enemy territory if I take the wrong route, but even after beating the game I find myself coming back to it. Oh, and if you’re sweating the flagship, cloak during the bombardments, breach-bomb the shield units, and beam boarders across to the weapon segments.

I didn’t know what any of that meant either. But it’ll soon become second nature to you, and you’ll love feeling like a captain. Albeit a captain who will have to explain to HQ how their gunner died because an airlock was left open. Twice.

This week I have been beset by the debilitating illness known only as manflu, in between the multifarious hot beverages offered unto me I’ve found plenty of time for gaming. Firstly, I’ve played the hell out of FTL. Nick reviewed this recently and I can only agree with his assessment, a great little game, but currently it has limited replayability. But the potential for adding to FTL is massive, with more random encounters, races, ship types and perhaps a ship layout designer, it could expand into a truly epic rogue-like. I think the 20 or so hours I’ve plunged into FTL so far are enough that repetition of encounters are a bit of a problem now, but it’s certainly a game I look forward to returning to down the road, when the mod scene is in full flow and when the developers have (hopefully) added to their impressive creation.

I’ve also spent an unhealthy amount of time playing Borderlands 2. I’d describe Borderlands 2 as affable carnage, it looks great, feels good to play, has solid writing and when things kick off the whole world becomes a bullet ridden mass of explosions and blood. For me the biggest improvements over the original (apart from the gunplay) are: the writing and the difficulty. In Borderlands pre-DLC I found myself disliking pretty much every character, and I absolutely hated the quests that involved picking up audio transmissions for play-back. As a quest type, I’m still not too fond of them, but the writing has improved to such an extent that I’m happy to do them this time around, Handsome Jack in particular is a great bad-guy, at times sympathetic, at times a brutal villain and often just very funny. The meme-explosion of the writing will probably still grate for some, but the number of references to internet and pop-culture mean you’re bound to find something in there to make you smile. I’ve even found Claptrap slightly endearing this time around. The other improvement for me is the difficulty, Borderlands was just incredibly easy, and you could sleepwalk your way through the game. It was almost solely about picking up loot and trying out new weapons, this time the challenge has been upped considerably and it makes for a more satisfying experience all-round.

I’ve also started a co-op campaign in Shogun 2: Total War, I picked up some of the unit pack DLCs this weekend and have started the campaign with a friend. The unit packs actually have a surprisingly large impact on the game, with some pretty special hero units being added for each faction. I’m playing as the Takeda, who are focused on the use of cavalry, but I’ve found my noble horse warriors pretty limited in Shogun, due to the prevalence of spear units. It seems nearly every AI unit ends up as Yari Ashigaru or Yari Samurai and they can destroy cavalry if you’re not careful (im not), plus cavalry can end up being almost entirely useless in siege battles.

I picked up Torchlight 2 as well, but I’ve only spent a little time with the game so far and I’m relatively sure my glass cannon Outlander build is deeply flawed, he wrecks face so far (mid-way through Act II), but his squishyness and offensive skill choices will no doubt come back to bite me in the arse as I progress through the game.

First, I’d like to thank Nick for taking over this edition of Our Week in Games – I’ve been at the Eurogamer Expo for the past few days, as has undoubtedly been obvious from my tweets and everything I’ve put on the site. I’m not going to talk about anything I have been playing at the Expo; I’ve already covered them either in my daily roundups, or will be taking a closer look at them over the coming couple of weeks.

Before I came to London town I was dabbling in a bit of Borderlands 2, a game which I have enjoyed far more than I thought I would. I played a little bit of the original, but never enough to really get into it. This one though grabbed my attention from the off, I have been playing as the Commando character making great use of the turret that is his special skill. For the most part I have been wielding a pistol of some shape or form and a meaty sniper rifle that I picked up right at the start of the game. I absolutely love the sniping in Borderlands 2, it is really satisfying to see the critical hit message appear with every headshot. The sniping really isn’t hardcore style like in ARMA 2 or even as realistic as Battlefield 3, but I don’t care, it is fun and rewarding.

I was also dabbling a little bit in Torchlight 2, a game which is already blowing away Diablo 3 which had turned into a bit of a grind towards the end. Torchlight 2 feels and looks fresh, and is a big step up from the original. That is not all, I was able to squeeze in some time with the beta for A Game of Dwarves, I really need to play this some more when I get back home so I can write something detailed about it. For now, I will say that I am intrigued, but not entirely convinced it is going to live up to its potential.