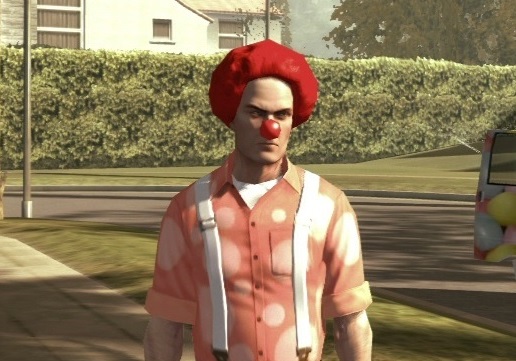 It’s been a momentous week in the real world with a new President and Vice President taking office. More momentous than that? Agent 47 has returned with the latest Hitman. While we don’t have a Hitman Verdict for you to read, we do have another edition of Our Week in Games. Hit the break!

A week full of stress for me. Work, house hunting and most critically of all, a new manager at Cardiff City.

I have however had some time for relaxing with games, though maybe not quite as much as last week. Further adventures in Star Wars Fallen Order have been enjoyable, but stumbling across a fan remake of the Opposing Force introduction led me to return to Half-Life again. It’s still a masterpiece of its time and I happily return to Black Mesa quite often. Once I’ve got through the platforming of Surface Tension, it won’t be long until Opposing Force and Blue Shift are in my sights.

We’re barely a month through 2021 and already I’m ready for the year to end. A combination of IRL happenings and a rather stubborn virus have combined to make Jan the worst month of 2020. And yes as far as I’m concerned it is the 13 month of 2020, 2021 hasn’t started yet…. it can’t have….

But that aside I’ve actually managed to get some game time in between the disasters. I’m half way through the final mission of Cyberpunk and oh my has it ramped up the combat. Still thoroughly enjoying the game and still having a very stable experience (sorry….). On top of that I’m spending some of this year focussing more heavily on my content creation, by way of a YouTube channel dedicated in part, to Tarkov. So I’ve been playing a lot of that; but from the ‘video editors’ perspective. It really makes you look at the game in a different light and you know what, when you’re not dodging gunfire or hostile PMC’s Tarkov conspires to be a startlingly beautiful game. It’s just that you don’t often get a chance to stop and admire it. On the count of the death.

Finally, when I’ve not been able to face a full game of something, or just found myself with a few minutes of breathing space the ever destructive Noita has been my go-to quick-relief game, and you know what? It’s still as brilliant as ever and with the rate of updates from Nolla Games there’s always something new to discover. A little (exploding) corner of (not-quite) tranquillity in the early-year mayhem. That’ll do nicely.