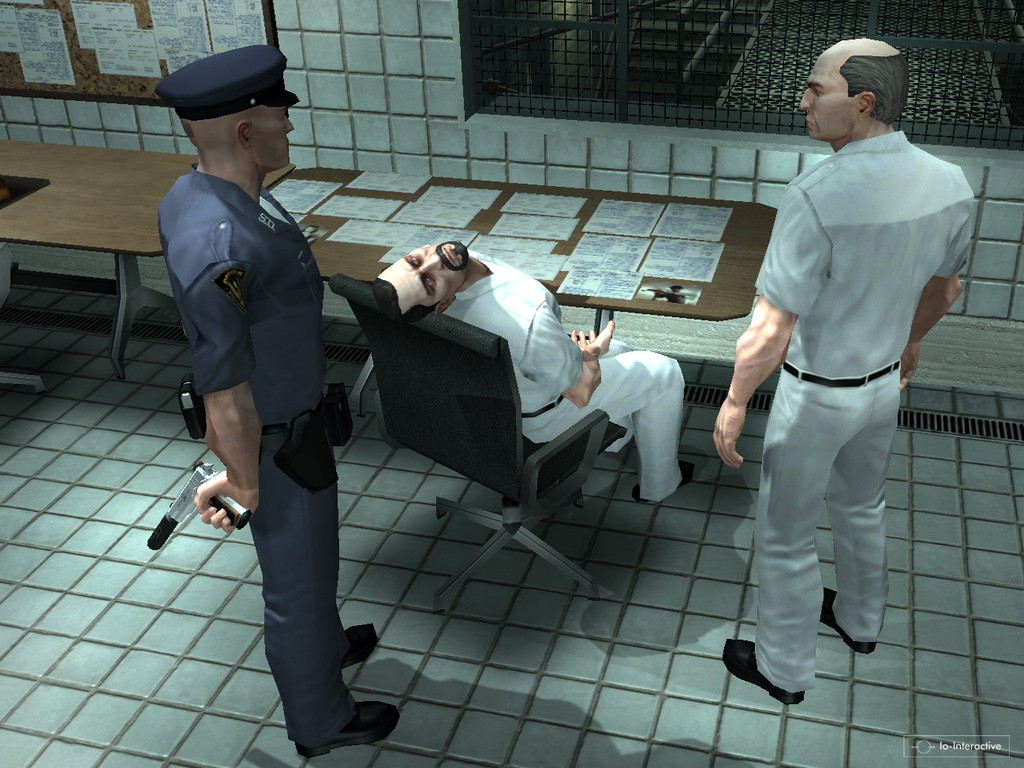 Anything much happen this past week in gaming? Oh I don’t know, how about Steambox’s, leaks of the Half-Life Alpha build and apparent screens from the MIA Return to Ravenholm from Arkane, the guys behind Dishonored. So just a little bit of action, but more important than any of that, this is Our Week in Games. Hit the jump to see what we have been up to.

I may be bald and I may be angry, but I’m no Ross Kemp.

Killing for money may be tasteless and immoral; in fact I’m relatively certain it is. Try telling people you’re a professional assassin at a party and you’ll soon see how quickly you end up alone in the kitchen. I don’t mind though; for a start, that’s where all the knives are kept.

Blood Money is the crown in the Hitman franchise. Having learnt the lessons of its past iterations, Blood Money handed you massive levels, offering you unparalleled freedom in encouraging your target’s ultimate demise. For the lovers of subtlety it offered deadly poisons, slender blades and unfortunate ‘accidents’.  It’s possible to play almost the whole game without firing a single shot, without a single enemy even noticing your presence.

But then there’s the other option, when things go…not so well.

There’s something remarkably cathartic about replaying a level you previously ghosted, but this time with a shotgun in hand. The guard who forced you to wait ten minutes while he walked agonizingly slowly across a courtyard? He’s now plastered across the patio. The doorman who rudely refused you entry? Nothing but a red stain.

You don’t want to know. I have a controller! I scream at the heavens. Nothing can stand before me now.

I managed to destroy my old one in a strange accident. To be specific, it got crushed beneath a collapsing bookshelf and was never quite the same. Vengeful poltergeist, or traditional literature furious at my videogame habit?

But I have a replacement now, ready to take advantage of Sleeping Dogs. I was thoroughly underwhelmed by the demo but that, I suspect, is because I was trying to use a keyboard. And possibly because the warehouse level featured in said demo is pretty awful even in the full game (really, my camera goes all weird and I now wonder if it’s a fluke of the indoor camera mechanics rather than a lack of decent mouse support).

As an undercover cop tale throwing you into an open-world Hong Kong, Sleeping Dogs is what some might unsympathetically call a Grand Theft Auto clone. Which doesn’t seem fair considering the gamut of additional features: brawling mechanics not entirely dissimilar to the strike/parry system of Arkham Asylum, minigames that aren’t awful for hacking and planting bugs, RPG-esque ability progression. But, um, realistically you’re probably not going to think much of SD if you can’t stand GTA.

I’m enjoying it so far (ahh, starting the year with yet another OWIG about a title I haven’t finished yet!) but the shooting segments are much weaker than other parts of the game: not hard, thanks to regenerating health in cover, but not all that fun either. And I’ll never be entirely at home with checkpoints over universal saves, especially when the game crashes from time to time. I definitely find the protagonist more interesting than I expected to, for what that’s worth.

I have a controller! Nothing can stand before me except for these big grappler dudes who aren’t vulnerable to the cheap tactics I used before. Time to adapt. Fairly quiet week of gaming from me this week, largely because I don’t remember much of the rest of the week after going out on Thursday. Why can’t there be any games which truly replicate the feeling of being drunk and then hungover, so you know that it isn’t always worth going out and doing it? All I know is that my antics wouldn’t do me any good if I was truly playing for Shamrock Rovers like I am with my Be A Pro in FIFA 13.

Yes, I have finally got around to playing FIFA 13, and of course I am playing it on the PC. I initially tried to create my Be A Pro character based on the EA Sports facial creation editor which maps out an in-game face for you based on photos you upload to their website. Sadly, the result of this process looked more like an alien than anything I ever saw when watching The X-Files as a kid. I then went to create a relatively normal looking fella to play on the right wing, but due to FIFA 13 not including any Welsh leagues (or even the Welsh national team), I wasn’t able to play with my regular club, TNS. So I placed myself with Shamrock Rovers in the Irish League. Pre-season has been a success so far, and it looks like I will be starting the league games. So far, a better result than my undrafted rookie on Madden 13.