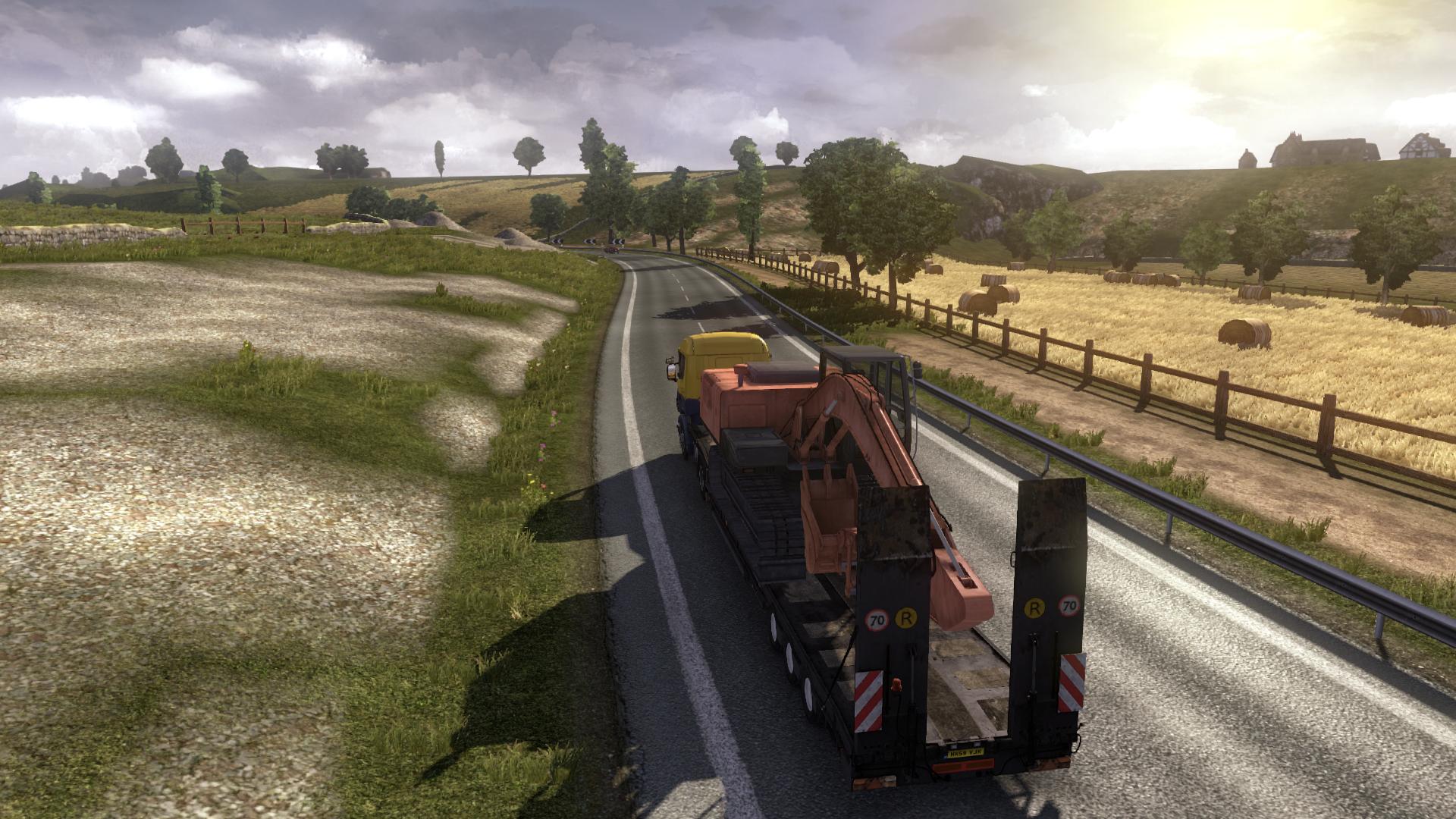 Another week goes by and we get ever closer to the one year mark of Our Week in Games, time sure has gone by quite quickly since then. I think one of my favourite ongoing parts of Our Week in Games has been Nick’s tales of his adventures in Kerbal Space Program, they have been thoroughly enjoyable. We’ll have a proper look back over the past year when we hit Week 52. For now, hit the break for some trucking action…I mean Our Week in Games.

Amongst my Redshirt and other assorted dives into indie games this past week, I had wanted to make some big progress with my TNS save on Football Manager. Sadly I came across a game stopping bug at the same point in my save, my solution? Load a saved game from many months ago with Newport County in the Conference, on the first day of the first season for some reason. Things pretty soon came to an end with the same error stopping me from making progress. I’m going to have a tough decision this week: try and solved the problem or sit tight and wait for the next game later this year.

To make up for my crushing football related disappointment I went back to my favourite past-time, trucking. Yes Euro Truck Sim 2 has been brought back into action inspired by the recent patch I’ve picked back up my trucking career with the continued aim of exploring every city on the map. Now, there are quite a few cities out there and it will certainly take a while to see them all. One thing I did noticed when I got back into the cab was that I hadn’t explored Swansea yet. It was just a short trip down the road from Cardiff and I was able to pick up a job taking me to Metz. On my journey through Wales and southern England I felt like the scenary had been drastically improved with a lot more to see in what had originally been a fairly subdued area to travel through. The trucking was going well overall until I left the Channel Tunnel in France and managed to nearly mangle my entire vehicle on a small concrete wall. A trucker’s life is never easy my friends.

Who am I? Where am I? What’s a videogame? I’d had a busy week and so that rarest of occurrences crept up on me: I forgot a game was due for release. I’d been anticipating Shadowrun Returns yet horror of horrors I had to be reminded by the internet that it was dropping on the 25th.

It’s a nice slice of nostalgia, although the checkpoint saves (and absence of a save and quit function) are holding back my progression somewhat. It’s channelling the days when you’d leave your console on for ages because you don’t want to replay a stretch of the game. That’s dedication to being old school.

But it’s competing with Fallout: New Vegas for my attention. Between the DLC being on sale and the fact that I’ve got a much better PC since the last time I tried it, time seemed right for a replay. FNV was one of my favourite RPGs, and the additional content is very welcome, but I’d managed to forget much of the engine’s clumsy scripting behaviour: characters bumping into each other and interrupting their own dramatic sequences to say hello to passers-by, the usual.

It’s also, strangely enough, a Fallout game where the vaults are some of the least enjoyable “dungeons” to explore. Labyrinthine corridors combined with a map that really isn’t well-suited to multi-storey areas.

Shadowrun Returns avoids that at least, what with an isometric view that’s evocative of the likes of the original Fallout and lends itself well to cramped interiors. Although New Vegas has a much better save system. If you ignore how many times its crashed on me…

In these two very different RPGs, my character is still orientated around punching things to death. It’ll be interesting to see how long that can carry the respective builds without having to branch out into anything as uncouth as… talking about problems with people.

This week I have mostly been contemplating the sheer number of hours it’s going to take to finish off all the games I currently own. After some rough estimation and the use of a handy tool, I worked out the total hours needed to be around five hundred. That’s an average of seven and a half hours per game, spread over sixty six games. That total includes first completion of the single player campaign only and doesn’t take into account multiple playthroughs or online multiplayer.

So let’s say I game for an average of two hours a day, five days a week (I can only dream – the actual figure is probably lower than this). At ten hours per week completion of all my games would take only fifty weeks of solid gaming. Again, this doesn’t take into account online multiplayer or the fact that I will probably buy new games in that fifty week period, which undoubtedly I will.

Let’s assume I buy one new game per month and use the average of seven and a half hours I worked out earlier to add this to the total. Over fifty weeks I would buy twelve new games and add ninety hours of game time, bringing the new total to five hundred and ninety. At ten hours a week the total time needed now stands at fifty nine weeks or one year, one month and three weeks. Now to factor in online game time.

Online gaming is a tricky thing to calculate as it can very dramatically from player to player and from game to game. I think in this instance however it would be fair to say that our current total would at least double as at least half of my games have some kind of online compatibility and a number of those could rack up a hundred hours on their own. Doubling my current figure this estimation brings the new total to one thousand one hundred and eighty hours. At ten hours a week the total time now stands at one hundred and eighteen weeks or two years, three months and two weeks!

Thinking about how long completion of all my games is going to take makes me wonder if anyone else has a bigger backlog than my own. How about you, the reader? Do you constantly buy games even though you don’t need them, or are you a completionist who wont buy another game until your current one is finished? Have you ever worked out how long it would take to complete the backlog of games you own? Let us know in the comments.