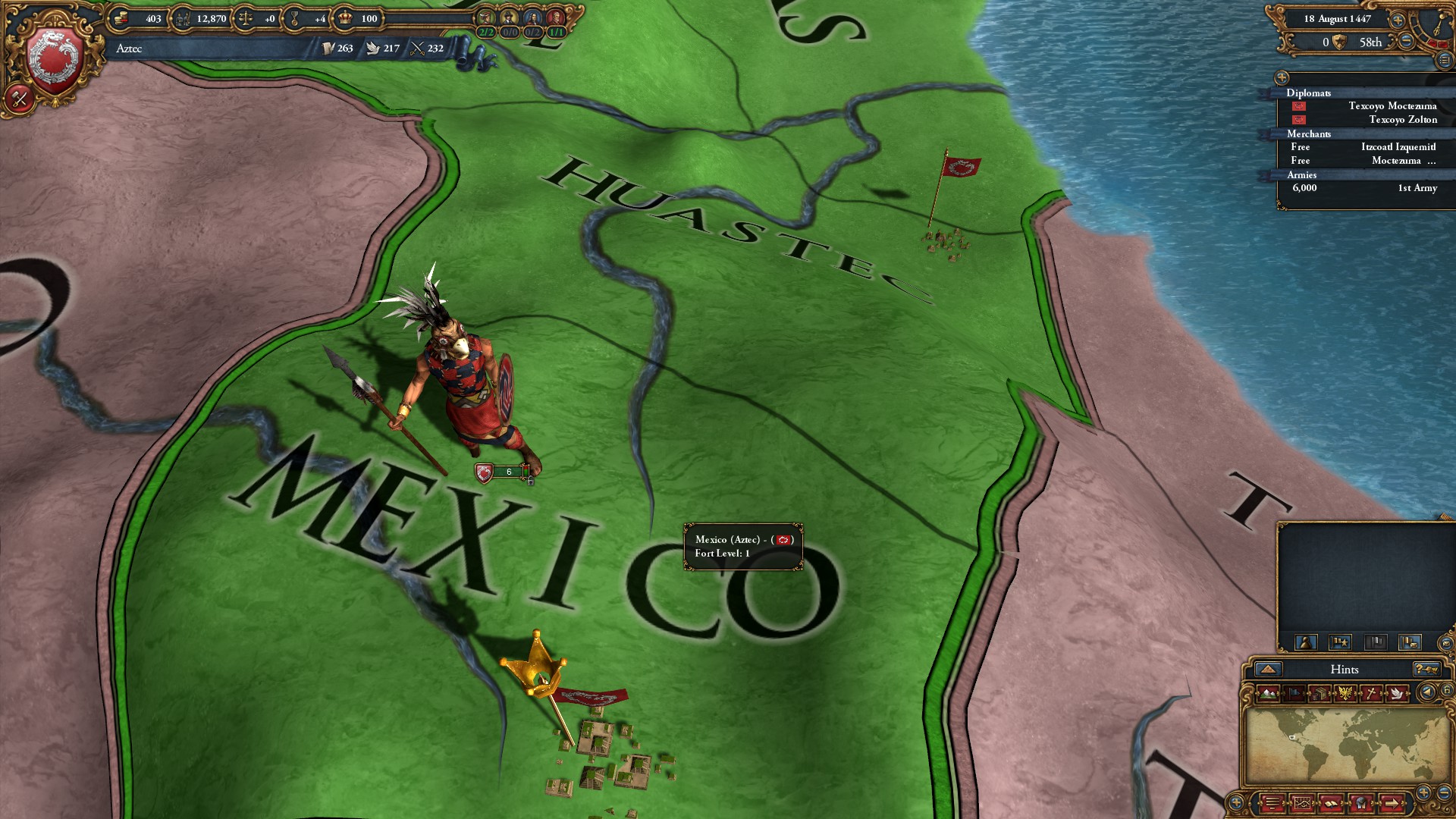 After the special edition of Our Week in Games last week we are back to our normal service with tales of conquest, rebellions and more. Gamescom has come and gone in the meantime with a PS4 release date and news that if you pre-order the Xbone you will get FIFA for free. What else has caught your eye? I’ve had very little time to take much of a look at the Gamescom events, still busy with work on my flat, a shame as I think some really cool stuff has happened at the event in Germany. Microsoft have certainly continued with their policy of tracking back on a lot of the more negative features of the Xbone, but I’m still not convinced that I need it in my life. The PlayStation 4 meanwhile is becoming ever more appealing with the continued push towards the indies. I am a bit concerned that their list of exclusive titles isn’t as special, but it definitely is a machine I am interested in.

In the gaming world, I have of course played some more Spelunky and you can find one of my attempts at the Daily Challenge below. I have been watching the videos of others doing the Challenges when I get the chance and I’ve been picking up some hints here and there on how to make some progress. I’m still a bit crap, but in the Adventure mode I have managed to get the Tunnel Digger to build a tunnel to the Jungle. I never managed to get that far on the Xbox, safe to say I was happy when it happened.

I’ve also been diving headfirst into the wonderful Europa Universalis IV from Paradox. I have often tried their grand strategy games and come away feeling a bit so-so. In large part that is because in their previous titles, when playing as a smaller nation nothing ever happens. This time though, first time around as the Aztec’s I managed to defeat one enemy..only to suffer from crippling debt and the Mayan’s and peasant rebels ruining all my good work.

After a similar failure with some of the Native American tribes I have decided that my next adventure will lie with one of the Irish provinces and reforming the mighty island and ultimately launching an assault on England. It will end miserably, I know it.

If you recall, last week the team set out on their maiden voyage in the SS Reticule. Nick, Chris and I had the crucial task of relaying important information to our superiors several sectors away and so far had passed through a couple of battles with only a few scratches and our minds still firmly set on the task ahead. My FTL story continues…

Jumping again we encounter more blasted slavers in our home sector but this ship looks far advanced compared to the small one we encountered earlier. They hail us and shockingly demand a crew member for safe passage. Luckily a strong bond has formed between this team and all of us are needed if we are to succeed. Combat is not beneficial to us here but it seems there is no way around it, ATTACK. We immediately take a direct shot to our engine room and fire starts to spread. While Nick gets busy with the extinguisher we make shots of our own taking out their weapons. With no means of attack they panic and surrender, offering us a slave as a bargaining chip. Reluctantly we accept, knowing that we cannot take more damage at this time. Thankful to escape the slavers Alison agrees to join us in our mission and is beamed aboard the ship.

Just as things are beginning to look up, we encounter our worst situation yet, electrical storms and an automated scout ship. With the storm scrambling our internal systems we quickly lose the use of our weapons and oxygen slowly begins to drain from the ship. The reactor has also been damaged meaning we have no choice but to redirect power from the FTL drive into the weapons system in order to stand a chance against the scout ship. Arming our weapons we fire and systematically destroy the scouts weaponry, engine, FTL drive and eventually the whole ship. We took far too much damage during that encounter and used almost all of our rockets in order to escape quickly, the only positive taken from that encounter is that we now have enough scrap to upgrade our shields and do just that. Hoping never to see another storm cloud we quickly repair the ship, engage the FTL drive and jump twice more. Picking up unencrypted radio signals we hear half conversations of an allies attempts to secure an enemy ship. We can only wish them the best of luck and decide to continue onward with more important matters. Nearing the exit of the sector we pray for clear passage onto sector two… as always things are never that easy and we spot a rebel scout attacking one of our refuelling posts. Hoping for some easy scrap for upgrades we attack. With a low rocket count we deploy our lasers and destroy the scout in two easy shots. An extra missile and some scraps are the bounty and the easy target was welcome for a change.

Finally making it to the second sector we are informed of the area ahead. If the reports are true, this area has been under the control of pirates for quite some time. Some traders are still attempting to barter with the few settlements that remain, but in doing so they put themselves at great risk. Almost immediately we pick up a distress signal from small research station and after hailing it numerous times without reply we move on, not wanting the rebel fleet to gain anymore ground on our position. If the rest of our journey was this easy we would be there in no time, but you will just have to wait until next week for the next leg in our adventure. The story continues…