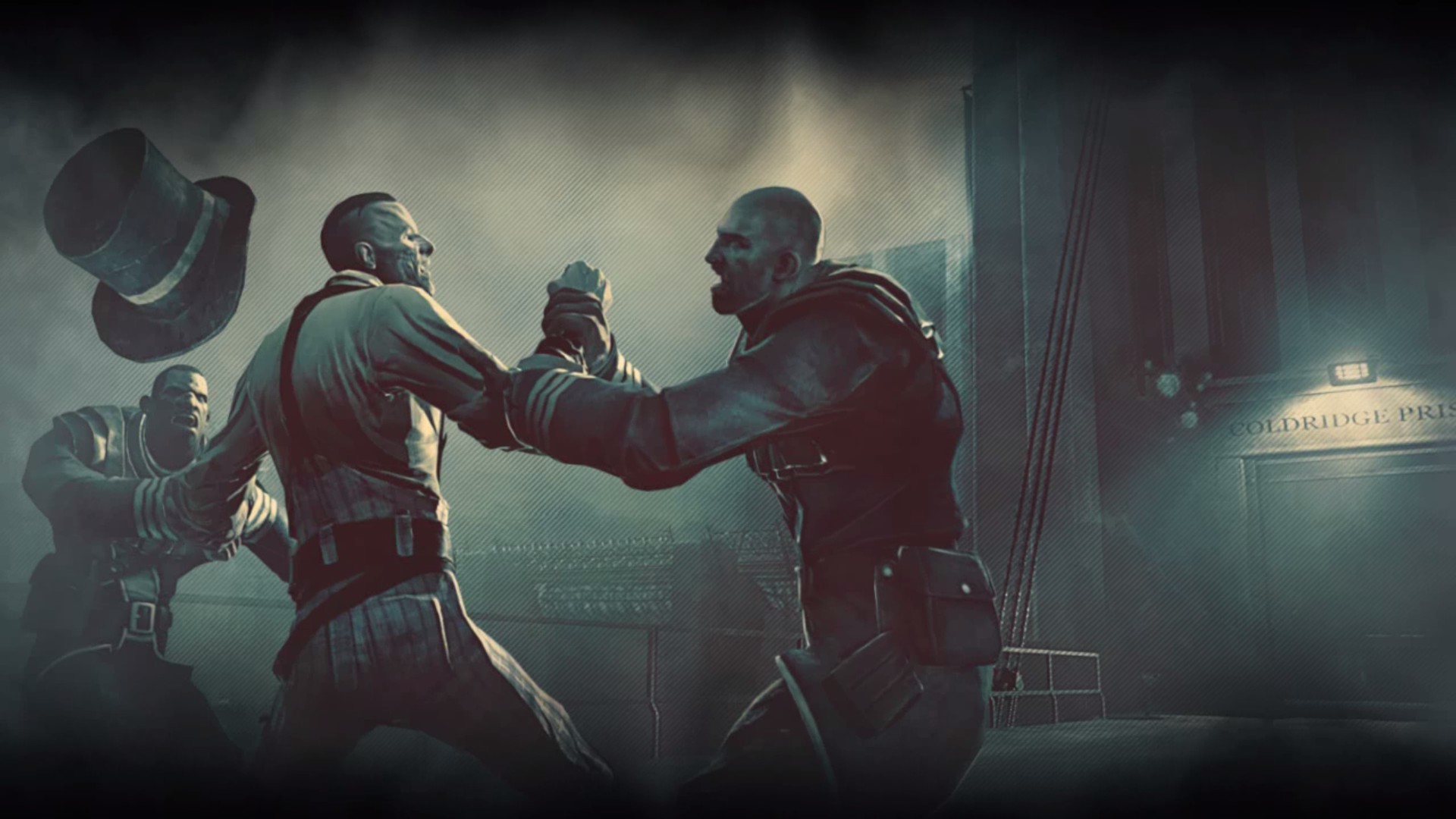 It is time for more of Our Week in Games as the football transfer window approaches last orders, the kids get ready to go back to school and the end of year big hitting games get ever closer to launch. That’s right, we are now in September, a month where we will see Rome II and Grand Theft Auto V launch. You can see the latest GTA trailer after the break before we get down to business. My past week has been taken with playing something I can’t talk about yet so we’ll put that to one side. I’ve also been playing the latest bit of DLC for Dishonored, my Verdict on that will go up sometime this week, but it is a perfect finale to what has been a great game.

The DLC setup for Dishonored has worked for me, it hasn’t been wishy-washy tosh like the infamous Horse Armour from Oblivion and there hasn’t been a million map packs like Call of Duty or a handful of largely hit and miss pieces of story as seen in the Fallout games. It has worked because it has struck the perfect balance by providing those who want the leaderboard chasing challenge missions with something to do followed up with a two part story which offers something different to the original game without making many compromises on quality.

It is a order of content which BioShock: Infinite is copying as well with its own challenge missions followed by a two part story. With reasonable pricing and a good amount of time post-launch for the developers to fine-tune the extra content, I think we are finally seeing a well rounded way of creating DLC.

As a die-hard Hitman fan, fully aware of how the community reacted to Absolution, I’m not sure I should really be admitting this. This week I’ve been sitting down to my first playthrough, and… I bloody loved it.

Agent 47 is far too overpowered in the fifth game in the Hitman series. With the new instinct system it’s simple to stroll into a room and kill all five guards in the blink of an eye, so as a result, skulking around in the background disguised as a waiter makes very little sense. For my first playthrough, I took a far more fluid, natural approach, brutally murdering my way through legions of guards.

With this playstyle, Absolution ceases to be about a deadly assassin seeking, well, absolution. Instead it became a series of  horror films about a group of guards, just trying t0 stay alive against an unstoppable bald horror. Heavier weapons, reinforcements, laser trip-mines, nothing seemed to stop him.  Jason Vorhees and Michael Myers have nothing on the mysterious figure known only by his number.

To my immense surprise, Absolution seemed to be expecting my decision and applauded me for it. On one level, you’re dropped straight into a corn-field and given the opportunity to dress as a scarecrow. Another, you can find yourself disguised as an ancient samurai, haunting the penthouse of a hotel. The only way the game could encourage you more is if it set one of the levels in a holiday camp on the shores of Crystal Lake.

If you remember last week, we had just entered a new sector of space. Finding it a lot easier than expected we strolled along curious as to why things were so quiet. My FTL adventure continues…

As we move forward a small ship de-cloaks behind us. Instantly we react by powering up the shield and weapons systems. The ship seemingly unimpressed continues on its trajectory towards us, not quite close enough yet to pose a threat. As we cautiously advance, we encounter another ship sending a distress signal. This time the crew responds explaining that they need guidance to the nearest depot to fix their FTL drive. pointing out that we were on a vital mission and had to move forward not backward they reluctantly said goodbye. I felt bad as the rebel fleet would most likely catch up with them before further help arrived, but I didn’t make it to the position of captain by shying away from tough decisions. Onward we go.

“Oh joy, a store”, I lierally scream inside the SS Reticule. With little scrap to spend we can only afford the basics returning full structural integrity to the hull of the ship and buying a couple more rockets as we are still very low. This section been much kinder to us as has taken very little time to traverse. I head for the exit and the long-range beacon as we enter section three. On the way we pass by a civilian station looking for drone parts to speed up vital repairs. With nothing to offer we move on, regretting the missed chance to earn some scrap in trade. The next sector is Zoltan controlled and being far from any Federation contact we need to be careful, not letting our guard down for a moment. Two more jumps go by witout any trouble, the third however takes us straight into the path of a heavily armed pirate ship. Powering all systems we waste no time laying in a couple shots their weapons room. The upgraded shields hold well and despite their best efforts we take absolutely no damage. A couple more hits and they offer their surrender, we don’t accept and instead sent more rockets in their direction. Down they go, leaving behind scrap, rockets and fuel which we desperately need.

Again we near the exit with little trouble. Feeling good about the current situation we head for the long-range beacon, passing by a rebel transport ship in the process. Posing no threat to us we don’t take any notice of it and move onto sector four.

This sector is mantis controlled and having saved Fiona (a mantis) from slavers in an earlier sector I’m hoping she can provide some valuable assistance in allowing us to travers this area as fast as possible.

Suddenly realising the ship is critically low on fuel (I guess I missed that section of flight school) we pick up yet another distress beacon. Hoping they can provide us with additional supplies we offer our help. The signal is coming from a small space station whose defence system has gone haywire, causing it to fire upon anyone friend or foe. We fire on the system hoping to destroy it and make life easy for the crew inside the station. This backfires on us massively and missing our target we take hits as the system retaliates, sustaining major damage to our hull. Without a second thought I engage the FTL drive and move on… but just what happens next will have to wait till next week I’m afraid.