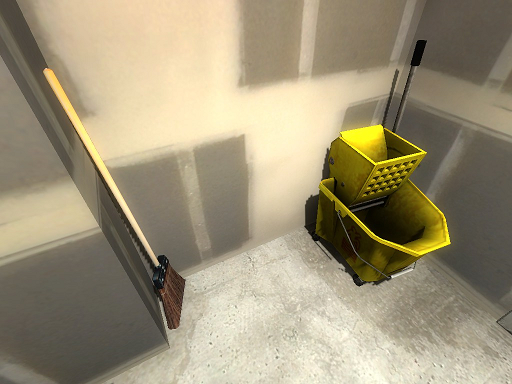 Another week gone and we get ever closer to the launch of the next-gen consoles, but following the delays to Watch Dogs and Drive Club, is anyone really that excited for the launch titles? If you think that Football Manager, Assassin’s Creed and Battlefield are coming out this week, isn’t everyone going to be happy?

If that doesn’t get you thinking on this Sunday lunchtime, why not hit the break to read about The Stanley Parable and Kerbal Space Program.

So, full disclosure: I played the original Parable only a few months ago. It originated as a Half-Life 2 mod from 2011, one of those narrative-heavy experiences that demands the use of the word meta. And for once I don’t mean that in a derogatory sense, honestly! It seemed a no brainer to try out the HD remake’s new demo… which turned out to be a bizarre standalone story very much in the spirit of the full game, but otherwise reflecting little of it. It’s much more linear, but no less weird.

Oh, and I’ve also started Gone Home. Which coincidentally is another first-person-no-shooter that originated with a modification: a mod for Amnesia, in this case. I look forward to seeing what all the fuss is about, although I gather it’s a much more serious and less meta (sorry) outing than Parable.

Anyway, beginning the game again… I don’t think anyone will “lose out” on the Parable experience if they ignore the original modification and play the remake alone, but conversely I’d heartily recommend grabbing the demo and the remake even if you have experienced the mod. You might have a much better idea of what to expect but in some strange ways it made me appreciate the additional content that much more, with visuals and events that go above and beyond the limitations of the older engine.

And if you think playing the mod was enough, well, the damning truth is that the mod didn’t have a broom closet. I rest my case. Just when I thought I was beginning to get to grips with Kerbal Space Program, someone goes and changes the rules.

The introduction of career mode means a major change to how you play the game – Within the original sandbox mode anything goes; you have access to all parts at all times, meaning pretty much all problems can be solved by adding more and larger rockets. As a player who considers anything that doesn’t immediately explode a success, this freedom meant I was slowly, but inefficiently making progress into the solar system with hugely overpowered rockets.

Career mode, however, introduces the tech-tree.

You will learn to hate the tech tree. You know exactly what you want your rocket to do, but because you haven’t earned the required science yet, the necessary parts are locked away from you. As a result, you’re forced to rethink your approach, sometimes even your whole mission plan, all in the name of science. Whereas in sandbox I would consider anything less than a manned landing a failure, career mode and its reliance on the acquisition of ‘science’ points means even a close fly-by of a planet yields precious points.

You will learn to love the tech tree. When the mission ends and you tally up your science points, realising you can take another step down one of the multiple research routes, the tech tree flowers with possibilities. Do you unlock larger engines to reach more distant targets, or do you unlock more research equipment to allow more opportunities for science?

Last night, I first landed an unmanned probe on the Mun. Something I managed months ago in sandbox has managed to become fresh and exciting in career mode. With my probe on the surface I can acquire precious research points, bringing me one step closer to sending a Kerbal to join it. While I have been playing Football Manager, I won’t talk about it until later this week. I have still been dabbling in GTA and spent some time last night taking flying lessons. I got stuck doing a loop-the-loop with a barrel roll thrown in for fun, but it was overall a thoroughly enjoyable experience to take myself away from the missions and murder. What a game.