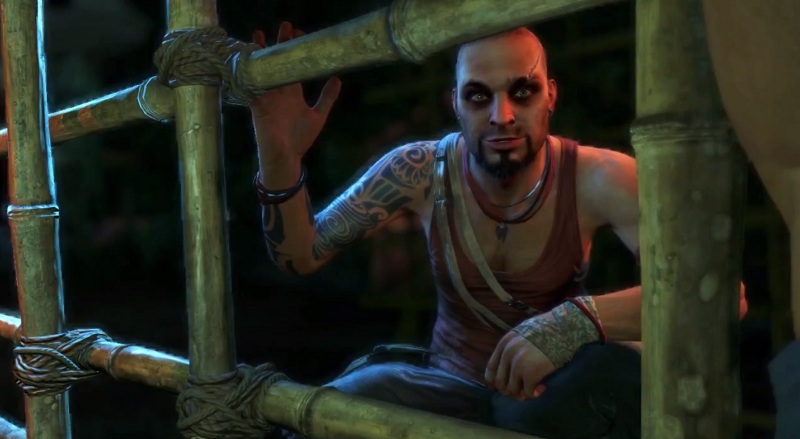 The latest outrage in the games industry lies with the rebirth of a seminal favourite, Dungeon Keeper. EA released a new mobile version of the game this months using the now commonplace free-to-play philosophy. Their free-to-play methods seem to have done down like a paid of concrete boots with gamers, even the BBC picked up on the outrage. I haven’t played this monstrous, evil game yet…but my impression of mobile games like this is that you flick on once or twice during a day and have a quick blast before switching to something else. If you play like that, surely the in-app purchases aren’t such a big deal? But maybe that is just me wanting to play devil’s advocate as usual.

On a less controversial note, why not hit the break to check out our latest version of Our Week in Games. I didn’t know what this week was going to hold for me, I had planned on playing Divinity: Original Sin, but my time on the PC has been sorely limited this past week. I did get to play around with The Bureau: Xcom Declassified. I seem to remember it received quite a bashing on release, but I’m quite enjoying it. It isn’t a masterpiece, but it would probably fit between an On Target and Headshot Verdict. I’m not too clued up on how the main turn based series goes as I’ve never spent much time with those titles, so taking it on its own it is quite enjoyable. Especially when passing a few hours before going out to watch the Super Bowl and the Bronco’s getting smashed. Hopefully Brady can lead the Patriots to the big game next year.

Over the past few days my girlfriend had commandeered the PC which has left me to chose a console to play. In recent weeks I have found myself playing Gran Turismo or Assassin’s Creed on the PlayStation, but after finishing season three of White Collar on Netflix on the 360 I thought I would stick with that machine. I looked though the games on my bookcase and immediately passed over Grand Theft Auto 5 and Halo 4 instead picking out Far Cry 3, something which I haven’t played for over a year. Needless to say I was a bit rusty at first with the Xbox pad, my first few ventures to attack enemy camps ending in total failure as I got used to playing without my beloved mouse and keyboard.

I made some progress with the final batch of missions and knocked off a few more camps. I couldn’t shake the feeling that the story took a dip after Vaas was taken out of the picture, but the open world environment is still a joy to run wild in. The camps on the second island are certainly a tad more challenging than what you encounter at the beginning of the game, but there isn’t much that can beat shooting open a cage trapping a leopard, wingsuit diving off a cliff then causing chaos with explosive tipped arrows. Definitely a great game, I’m just disappointed that I’ve left it so long to finish off.

I stumble across a little pond on the other side of the train tracks. Just as I’m about to hit the edge; the tree line on the other side my objective, I sense movement. I’m hitting the dirt before my conscious mind even fully recognises the threat. I scan around and see a shape In the pond: another player, crouched.

That’s when the zombie horde arrives. Seven of them, which is a rarity and a real issue in Day-Z.

We’re both trying to keep each other in view and deal with the zeds at the same time. He’s unlucky and attracts more attention and I can see he’s taking a pounding. So I help. I kill three of his attackers before I have to run myself. That’s when he shoots me in the back of the head. Never turn your back on a player in Day-Z.

Much later, and I’m fully geared up and cautiously exploring the southern airfield when I again sense movement in a nearby building. I crouch, raise my AKs and am shot in the face.
Never turn your front on a player in Day-Z.

Next life, I’m only walking sideways…. At some point in the year, my brain activity invariably drops to the level where I’m content browsing eBay listings for Master System games. Part of me is convinced that at some point, some loft-clearing mother is going to put up a bundle of rare and sought after games – Phantasy Star, Power Strike and Sonic Spinball would do nicely – and fudge the listing in such a way that I pick up a set of unnecessarily expensive collectors items for a pittance. These things happen – like that time when a complete numpty put a complete in box PAL set of Sonic games and let it sell for £20.

Oh wait, that was me.

This has been a week of such idleness, full of wistful looks at graph-papered boxes. For once, I’ve actually hit on a bit of a retro-gaming bargain – £1 for a small but striking Sony Trinitron CRT (I was sick of looking at the slurred image that I get through my LCD). The trouble is that spending begats spending – I need to put the TV on a cabinet of some sort for starters. And then there’s the Mega Drive urge, with the specific twist of wanting to own a shelf full of Japanese carts – a peculiar bit of one-upmanship over the past self that let so many great titles slip through their fingers in exchange for a little extra cupboard space. But who doesn’t love the Japanese Sonic boxart with its crazy colours, busy-ass graphics and bizarre motivational English (“Don’t give up on the sun. Don’t make the sun laugh at you.”)?

All this forms the background of a week in which I failed to get an interview with Official Nintendo Magazine. Which yeah, makes a lot of sense. More fuel to the fire: I only just found out that the Animal Crossing player under my bed that I keep streetpassing has a town named after a location in Zelda. So yes, maybe I’m not Nintendo journalist material – are Official Dreamcast Magazine still hiring?

So, just before my internet troubles I managed to download Metal Gear Rising: Revengeance to keep me company in the foreboding murky swamp that is Steam’s offline mode.

I am what is technically known as bad at action games: I’ve got terrible timing and no sense of rhythm. Which also rules out dancing, although dancing doesn’t involve quite so many game over screens.

But Revengeance, while still not the kind of game I’d call easy, was a lot simpler for me to pick up than I was expecting. Which is great, because I’m enjoying it immensely. Visceral, silly… in the most complimentary and least sarcastic sense possible, I’d say it’s a very videogamey videogame. The tale of political intrigue and angsty cyborgs is unapologetically daft and bombastic. I initially thought, hey, in terms of this atmosphere isn’t far removed from Human Revolution… but then I judo-threw a giant robot. So. Slightly different.

Certain segments are punishing, but once you get into the swing of it (and upgrade your abilities: I kept forgetting about that functionality for chapters at a time) you can keep up with most anything the game can throw at you. By which I mean you will find yourself hacking enemies to pieces in the blink of an eye when previously they all but guaranteed at least one reload.

The carefully physics-modelled cutting mechanics have been dismissed as a gimmick, but they’re fun. I generally find “fun” to be a bit of a cop-out but I don’t know how else to phrase just how satisfying it is to hack bosses up little bits at a time. Speaking of bosses, I think I’m at the last one. I’ll report back if I ever beat it… I am bad at Spelunky. Really bad. Strolling through the jungle may be par for the course for most players, but for me even reaching it is a triumphant achievement. But despite this fact, over the past week I’ve been feeling the lure of the daily challenge. I’m not sure what the appeal is – perhaps it’s the fact that I know I only get one shot at it. I can dive in relatively certain that within the space of five minutes (generally less), my corpse will be regurgitated back out of those caves with my dignity in tatters and I can get on with my life.

My only problem with Spelunky at the moment is those giant spiders. I’m by no means an arachnophobe – the little spiders die by the dozens by my whip (except for when they brutally kill me) but there’s something about their giant cousins that make me panic. I know in theory I can avoid their leaps, but in practice the very sight of one sends me into fits of panic and I inevitably run straight into them. So they kill me. As a result, the next time I see one, I panic just a little bit more.

I know Spelunky still has a great many secrets left for me to find, I’ve barely scratched the surface of the jungle caves and even the mines still hold questions for me – who is that shopkeeper entombed in the walls, and why is he there, for one thing. One day I might find out, but for now I’d just be content with not jumping head first into a pile of spikes upon seeing a giant spider.