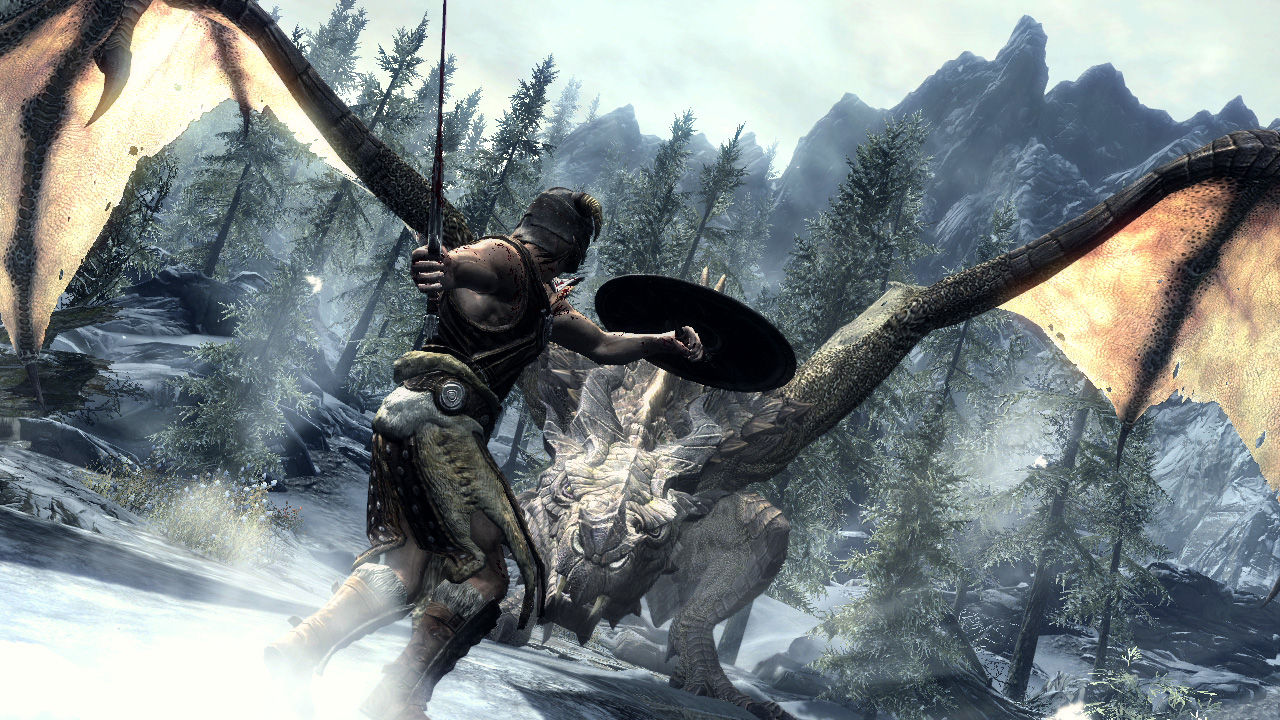 The Sunday regular of Our Week in Games is being put on hold for a few weeks as the end of the year approaches. Instead, we are going to talk a little bit about Our Year in Games until Christmas when we will all talk about some of our Games of the Year.

It is worth noting that just because we talk about a game here, it doesn’t mean it will necessarily be part of our Games of the Year list. It certainly isn’t for me, so hit the jump to find out what some of us here at Reticule Towers have been getting up to this past year. Perhaps the one game that has defined my year in gaming is Football Manager, both last year’s edition 2012 and the up to date 2013 version. It is a series which I always have installed and ready to play at a moment’s notice, whether it is when the latest title is released, after the annual spring update with all of the January transfers included, during the summer when there isn’t any football happening or even at the start of a new season even when I know that the new game will be released in a matter of weeks.

In short, it is a constant in my year of games, regardless of what major shooter or RPG is released in any particular year, I will always boot up my copy of Football Manager. In a year with titles as varied as Guild Wars 2, Trials Evolution, Max Payne 3 and Wipeout 2048, a bit of spreadsheet action is a welcome break.

What is brilliant about Football Manager is the kind of stories that can develop as your career unfolds. Earlier this year I started an old save from the 2012 edition and found myself in the middle of managing a team in Argentina and soon enough moved back across the ocean to manage in Germany, all after leading the humble TNS from Wales to the Champions League Group Stages.

Admittedly I might have cheated a little bit to get TNS as far as I did by constantly replaying matches over and over until I got the right result, but when you are playing on your own, what matters is having fun.

With the latest edition I have adopted a more honourable approach, but at times I have still resorted to the sneaky quit and reload to get the results I need. But that moment when you see the clock ticking down in your cup final match and you see your young defender who has only made a handful of appearances knock in the winning goal is priceless. Moments like that are why I still love this game. For me, 2012 has been a year of rediscovery. Through the summer lull in games I became somewhat disillusioned with video games. Every one I picked up seemed dull and monotonous; I’d begun to forget what made me love them in the first place. Then, after visiting the Play Expo, I bought a Mega Drive.

Playing games like Sonic 2, Earthworm Jim and The Lion King brought back the wonderment I felt as a child. The beautiful pixel art, the finely tuned gameplay and memorable music made me remember why I love video games. I wasn’t entirely clouded by nostalgia though and this look back at the 4th generation made me appreciate how far we’ve come. Back in the 90s I would be awe-struck by the complexity of even the most generic modern day games.

One game made me realise all this perfectly — Toejam & Earl. If I had to pick 3 games that define me as a gamer, this would be one of them (Secret of Monkey Island & Final Fantasy Tactics the other two). Toejam & Earl was crucial to me during my formative years and re-visiting it as an adult was one of the most rewarding things I’ve experienced in gaming. I was immensely proud when I managed to complete the game, something I’d failed to do as a kid, and it made me realise how much I’d grown as a gamer and a person; and how much games have grown too. Simply put, playing this classic gave me back my love for games. When I was asked to compile a list of the games that had had the most impact on me in 2012, one title leapt out almost immediately – Skyrim. In the last year, I’ve explored fantastic environments and delved deeply into mysterious dungeons. I have travelled to lands beyond death and places from out of time. But what makes Skyrim> so remarkable is that very few of these adventures were planned by its original developers.

It is tragic that in an age of DLC, so many developers see community created content as inconsequential, irrelevant or sometimes even detrimental to the success of their games. If you’re planning on releasing priced DLC, often the last thing on your mind is allowing your players to create their own content for free. Especially when that content often meets or even exceed the quality of the material you are trying to charge for.

Luckily for everyone, however, Bethesda took the opposite approach. With Steam Workshop integration and a full modding tool-kit, they have thrown open the fantasy world of Skyrim to anyone to play with. From graphical tweaks to new weapons and even entire adventures, the Elder Scrolls’ modding community have proven time and time again that modders are not something to be feared, but a valuable resource that can add value to your game for years to come.

As a result, I have travelled the lands of Skyrim for months, experiencing amazing adventures each time thanks to the remarkable world crafted by both Bethesda and its fans. With its breathtaking vistas and exquisitely crafted world, it’s a land I don’t expect I’ll be seeing the last of any time soon.