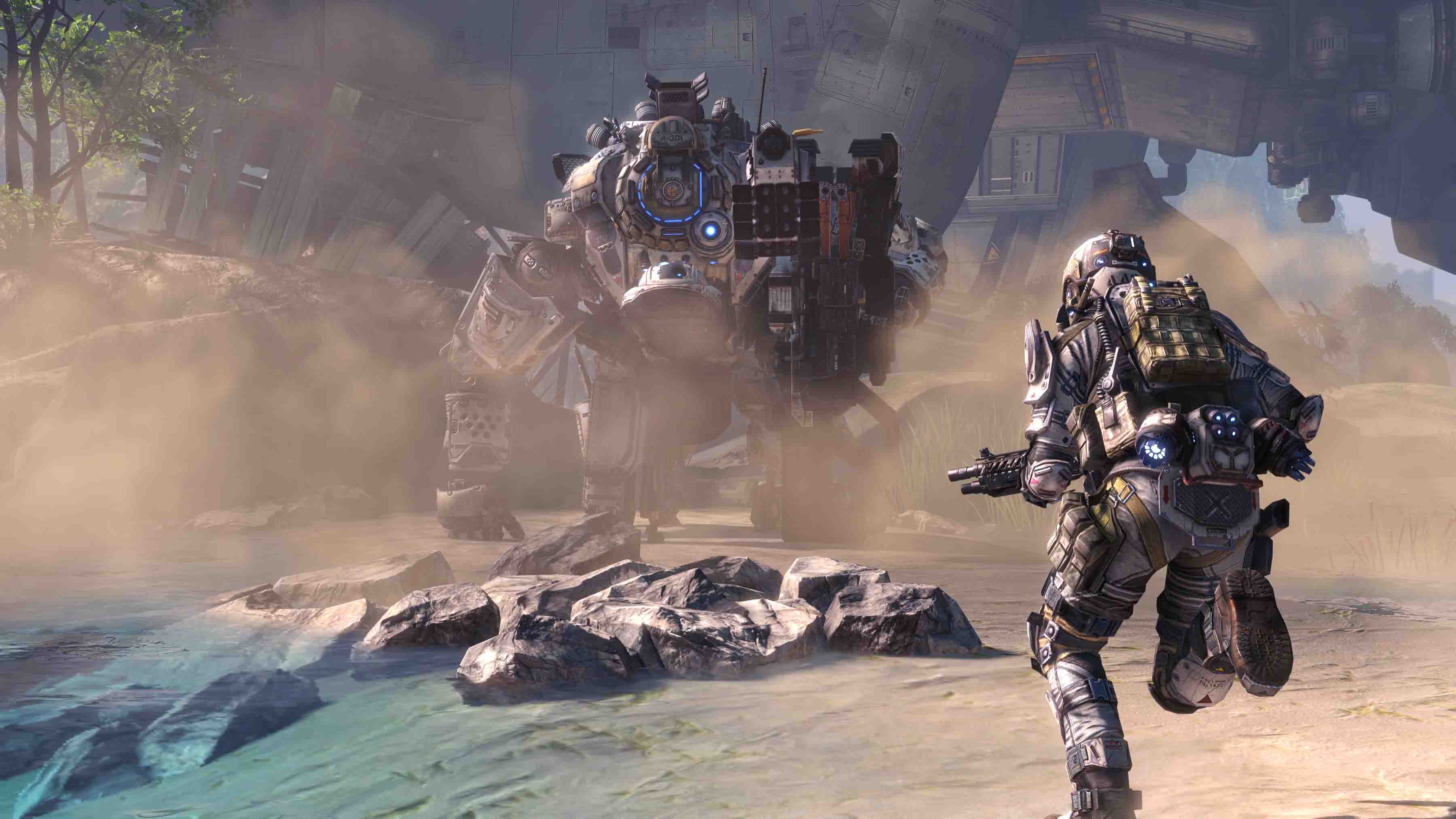 For this, the first Sunday on 2014, we here at Reticule Towers decided we would take a look at some of the games we are looking forward to this year. Why not hit the break to see what titles we are excited about.

I was wondering about picking Watch Dogs in this list, but something about The Division is just a little bit more exciting. While Watch Dogs looks great, and is certainly something I am really looking forward to, I think The Division is pushing things a bit more. The online connectivity could be something special and the mix of action, RPG and open-world elements will surely be a challenge for Ubisoft to perfect. I have hopes for this.

Coming out of a year where Battlefield 4 has so far flattered to deceives and Call of Duty still doesn’t entice me, I still haven’t been able to really get into Planetside 2 or the groove of Counter-Strike: Global Offensive. What do we have then for the year ahead? The very exciting Titanfall.

Of course, it is only exciting if you are looking to pick it up on the Xbox One or PC as I can’t see the 360 version holding up its end of the bargain. I’m mighty disappointed that there hasn’t been a confirmed PlayStation 4 release, but this might just be the multiplayer shooter to bring me back into the genre.

I can imagine I might get some flak for this one, as while I enjoyed Diablo III, there was a lot of resentment over the way long-term play was devalued by the Auction House and the initial connectivity issues. It is sad to think that the console release of the game has seemingly proven to be a more rounded and user friendly experience.

I can only hope that Blizzard have learnt their lesson from 2012 and the changes that I have read about for Reaper of Souls certainly sound promising. Time will tell whether this stands up to scrutiny, but I am trusting Blizzard to do a good job with it.

Eidos Montreal’s Thief game has been on my wishlist (in a literal, Amazon wishlist sense even) since it was first officially announced to be in development. It’s still firmly wedged in there despite the sea of negativity that seems to be circling around due to the new direction that certain elements of the gameplay and art direction have taken. The fact that some of this negativity has come from journalists who’ve actually had substantial amounts of hands-on time with the game isn’t especially reassuring, but there’s still plenty of room for the game to be great in spite of issues that largely derive from a sense that the established Thief formula isn’t to be tampered with.

Opinions were pretty similar before Human Revolution hit, when it turned out that adding third-person take-downs, regenerating health and forty-thousand shades of orange did little to detract from the team’s strong understanding of the series’ core gameplay. When we’re able to take in Thief as a complete product, perhaps we’ll experience the same collective amnesia for supposed outrages such as action sequences, context-sensitive rope arrows and that general sense of Dishonja-vu.

2012 was a memorably weak year at E3 – to be expected when the next-gen consoles were still to show themselves – and big new IPs didn’t really have to do much to capture people’s attention. Watch Dogs brought its A-game anyway: I remember seeing the Watch Dogs presentation live on Ubi’s stream and getting excited thanks to the focus on social simulation – and even as the game inevitably descended into a firefight, the possibilities presented by the player character’s non-combative abilities (i.e. the hacking) seemed exciting enough.

Finding out how much depth these systems have in the final game will be one of 2014’s treats. I’m also intrigued by the tone – a city with the complexity of Liberty City or Los Santos with none of the wonky, unrelenting ‘satire’ could actually have something interesting to say for a change. Or, alternatively, it could be a joyless, pretentious grind.

Ubisoft’s modern 2D Rayman series is a thoroughly welcome little anomaly. Flat-art 2D platformers funded by a major publisher are a rarity in themselves, but the beautiful artwork and the Ubi-art engine that realises it has found room to innovate in a space where even Nintendo seem to be running low on ideas. News that Ubisoft has two non-Rayman games in the pipeline utilising the same tech and artistic processes – World War 1 puzzle adventure game Valiant Hearts and platforming RPG Child of Light – is very welcome.

Child of Light is a collision of influences and sources that immediately capture my interest – though perhaps the most surprising thing is that this fairytale RPG about a young girl in a Yoshitaka Amano-inspired watercolour world is actually a development encore for Far Cry 3‘s core team. Did I ever tell you the definition of whimsicality?

Exciting games that aren’t being developed in Montreal

I’m naturally looking forward to seeing how Season Two of Telltale’s The Walking Dead progresses, after the strong start in the first episode. Then there’s Transistor and Hotline Miami 2: Wrong Number to keep an eye on – two follow ups to beloved indie action titles.

It’d be bad form for me not to mention some crowdfunded games – of the stuff I’ve mentioned in my roundups likely to come out this year, I think Secrets of Raetikon is probably the most interesting (and on Steam early access this Tuesday). Still, the most exciting thing about the year ahead will doubtlessly be all those games that more or less come out of nowhere. That and a Steam release of Ikaruga. So far this is nothing more than a sandbox, but admittedly a very interesting one. The videos and information on the title show it to be full of potential, the realistic collisions and damage that can be brought to your spaceship or station are a joy to behold. Drape a decent story or combat mechanism over this and I think you’ve got a very enjoyable game indeed. That’s even before you go into the number sci-fi ship replicas you’ll likely see (and be able to ram-into)…. Promising stuff indeed.

It’s a new Elite: what more do you need? For these of a younger persuasion, Elite was THE original space exploration game and was doing randomly generated content WAY before it was cool. Hell, Elite used Wire-frame graphics….

The new title looks gorgeous, has improved combat and seems to be just as interesting and randomised as the first titles. It even has Oculus Rift support…

A completely procedural but persistent universe. You can fly to, into then land ON planets and then take off again. The initial trailer seriously wowed, but didn’t show much of the actual gameplay. Whether it lives ups to its promise will depend on just how much game there is in there, or perhaps just how intricate the systems and the degree of freedom you have to interact with, and manipulate said systems are. Even given the incredibly limited amount of information available, I’m still incredibly excited.