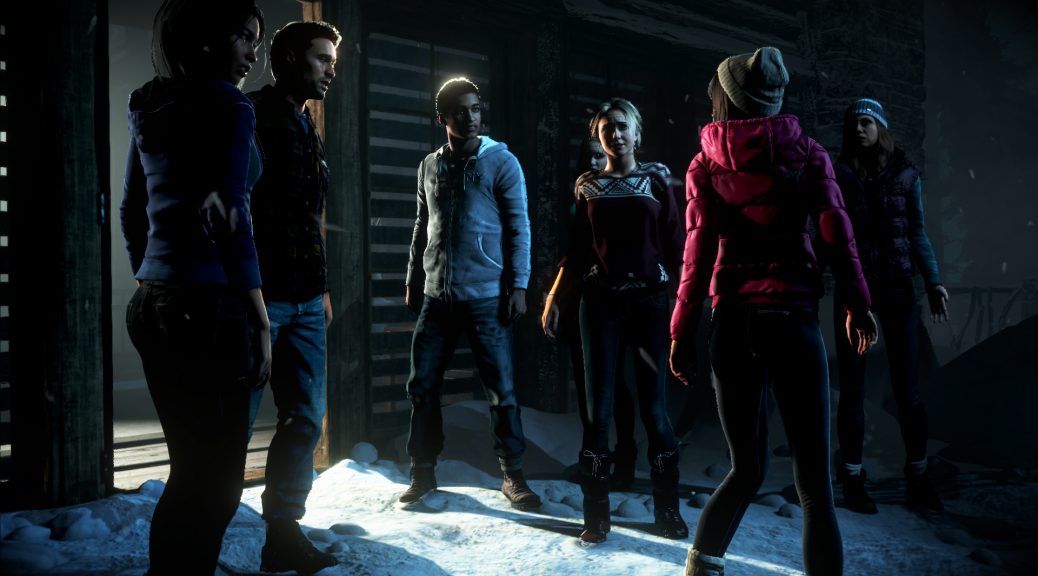 Welcome to Our Year in Games coming at you from Reticule Towers. I realise that we didn’t do any sort of yearly roundup for 2015, but we’re making up for it this year. I’ve invited a few old faces to take part in Our Year in Games, so hopefully you won’t just have me for company!

My January kicked off with Dragon Age: Inquistion, certainly not a new game, but one that had been stuck in the great big pile of shame for many moons. It is a great game, one that has so much depth to it that I found it so easy to get lost with side missions that I felt I wasn’t ever going to make it to the end of the core story. And after over sixty hours of game time, I felt that I had to push on and polish it off. So in a few days of leave in January I put my mind to focus, tidied off some the side quests that were the most engaging, and set about finishing the tale. It’s been a year, so I can’t remember how the game ended, but I came away more than satisfied with the time I had spent with it. In an ideal world I would go back and pick up the new stories that were released with the DLC, but having not played the earlier games in the franchise, and feeling a desire to play other things, I haven’t got around to picking them up. I might never do so, but I’m pleased that at the very least this year, I finished off the main questline.

I’m not sure when I first bought Until Dawn, but I’m pretty sure that the first time I loaded the game up that I played the first five or ten minutes, then promptly wimped out and took the disc out of my PS4. In February of this year, I set about challenging my fear and getting stuck into the game. I’ve always been a fan of slasher movies (they’re the only horror I can manage!), and I pushed myself to play. Once I had got used to the vibe of the game, and had a feeling for when the scares would arrive, I was in the for long haul. Not that Until Dawn is a long game mind, but it is certainly one that I came to really enjoy. It leans heavily on the Quick Time Events, but that is fine with what is a fairly cinematic tale of teens being stranded, and hunted, on a frozen mountaintop.

I certainly enjoyed the Butterfly effect, and was conscious that my actions would have a profound impact on the other members of the gang. I certainly didn’t finish the game with the whole group surviving, and there were a few characters who I felt deserved to be bumped off in the night. But as a whole, Until Dawn was a bit of a cracker. I do intend to go back to it at some point to explore some of the other options, be they killing everyone off as soon as possible, or simply trying to learn more about the history of the mine and sanatorium. If you haven’t played Until Dawn for whatever reason, I heartily recommend you find a copy and see what it has to offer.

Around the same time that I was playing Dragon’s Age, I was also putting a close to Assassin’s Creed: Syndicate. I’d spent quite a bit of time at launch, and over the Christmas period, working my way through Syndicate, but it wasn’t until the end of January that I put the finishing touches to my time with this Victorian London Simulator. I hadn’t played an Assassin’s Creed game since Black Flag, and having avoided the mess of Unity, I was able to enjoy Syndicate for what it was, and appreciate the newfound freedom you were offered with your assassinations. I spent the majority of my time playing as Evie, only really using Jacob during the missions where he was required. It is probably Jacob’s fault that I didn’t finish the game over the festive period last year, but the desire to knock another title off my list of shame was strong in January and I finished Syndicate.

It suffers from some typical Ubisoft open-world issues, namely that there are just too many side missions and collectables to distract you. Some of the side missions were fairly enjoyable, but by the time I neared the end of the story, I was largely giving up on them and the ‘Conquer the Streets of London’ theme with the different strongholds. It is certainly a game worth playing, but one that could have been condensed without losing any of its charm. The sequence set during World War One was a highlight of my time with the game.

I spent some time in the early summer actually playing on my Wii U. I want to love the console, and there are some phenomenally good games available for it. Sadly, Nintendo got everything wrong with the marketing, and the Game Pad soon proved to be a faux pas. However, Xenoblade Chronicles X is a majestic game that pushed the little machine to breaking point. I could almost see it sweating while trying to gather the energy to display some of the grand vistas of this massive, massive game. It is telling that you could download data packs from the Nintendo Store to help the game run quicker. In my short dalliance with the grand adventure, I never got anywhere near the end game and barely scratched the surface of the second continent. If I had the time, and none of the other games in the backlog to play, I could probably sink a hundred hours into this behemoth without thinking about it. I did try to play it remotely using the Game Pad, but the tiny low-res screen didn’t do the game justice. I will forever wish that I picked the game up at launch, and devoted a solid fortnight into it. If it was re-released with the added horsepower of the Switch, or even if it made an appearance on Sony or Microsoft’s machines, I would be happy as they would be able to do the game justice.

That’s it for Part One of my Our Year in Games. The next instalment will cover the Uncharted Collection, DriveClub, Football Manager 2015 and Battlefield 4. Keep your eyes open for it over the Christmas weekend.