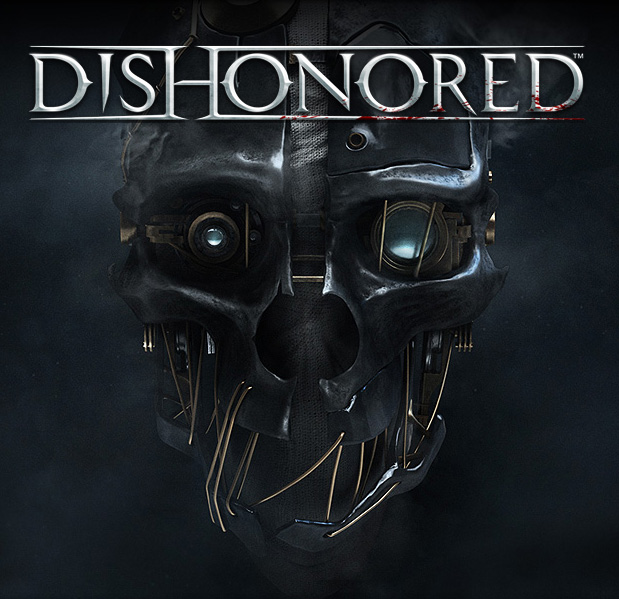 It is the first day of December, and crucially it is also the first Sunday of December. What does that mean? Why it means we take another break from our regularly scheduled programming and get ready to bring you the first of four editions of Our Year in Games.

The idea is simple, for the next four Sunday’s we will talk about what we have been playing over the past year and share some of our favourite gaming moments. It isn’t Our Game of the Year; that will come on Christmas Day. For now, hit the jump and check out what we have to share from the past year. The first title I think about when I look on the past twelve months is Dishonored, not for the main game (I talked about that last year) but for the lovingly crafted DLC. I maintain my belief that few games have managed to fulfil the potential that lies within the DLC concept. Map packs and additional vehicles don’t sound like great fun to me; rather they come across as a slightly cynical way to make a few bucks extra.

The new story based content for Dishonored that came out in April and August though is DLC done right. Before I played the first part, The Knife of Dunwall, I was worried that it might be criminally short and overpriced. Fortunately it wasn’t a forerunner to Burial at Sea, the extortionate trip down memory lane to Rapture.

Both parts were in their own right well fleshed out with a subtle, but enjoyable tweak to the original Dishonored formula as Daud leads you down an entirely different tale with a few different powers to keep the action feeling fresh. The city of Dunwall was one that I was dying to see more of after finishing Corvo’s tale, and it was a pleasure to see more of it and the surrounding areas in the two-part tale. Either due to lack of funds or inclination, I tend to play games at least a year out of sync with the full £30 reality of the gaming cutting edge. I went into the start of this year feeling that I’d make an effort to keep up for two reasons. Firstly, because I spent most of the year intending to get back into writing – for better or worse (mostly the latter), the wider conversation favours whatever was released less than a month ago.

Secondly, 2013 seemed on paper to be a year full of games that I couldn’t wait to play anyway. Q1 offered an embarrasment of riches. For starters, there was Ni No Kuni – I have a history with JRPGs, but more importantly, it was a Studio Ghibli collaboration. Then there was the Tomb Raider reboot – timely, considering I’d been replaying the first two games for much of 2012. Then there was Bioshock Infinite, a game I breathlessly described to my housemates upon its original announcement (“They’re making Bioshock in the sky! I love things in the sky!”). The extended list – games like Dead Space 3 and Metal Gear Rising Revengeance – meant that I wouldn’t have a moment spare.

I have played just two of the games in the last paragraph – Tomb Raider and Bioshock Infinite – and both due to sales where they were available for less than £12. I’m probably a worrying case study for the industry in that respect – someone who refuses to buy even the games they’re most excited about at their initial value because I’m drowning in unplayed games. But then, £850 day-one Playstation bundles and midnight Call of Duty: Ghosts launch parties are things that exist, so what do I know? This year has been a bit of a revelation for me. Towards the beginning I was becoming quite jaded with my favourite hobby. I was failing to see innovation in any new games and I was harking back to the days of Deus ex and Dungeon Keeper. I’ve written about this before, but I had become so out of kilter with the medium that I was evaluating titles against how I thought they should be, rather than how they actually were.

Case in point would have to be the superlative Dishonored. I bounced off that, hard, first time around. I kept viewing it as a title that aped some of my fondest games of yester-year and yet, didn’t live up to any. It was part Thief, part Deus Ex, part Half Life, but never managed to successfully be any of them. This was of course an idiotic position to hold; it doesn’t succeed in becoming any of those titles because it is it’s own, unique IP.

It’s odd, in hindsight it’s such an obviously flawed position to inhabit but at the time, perhaps in part due to the number of journalists thinking along similar lines, it was all too easy to write any new title off as insignificant in comparison to those that have gone before.

Luckily though a title game along that shook me out of this fugue and ‘reset’ my expectations. I was now looking at each title on its own merits, rather than trying to hold it up to the impossible standards of rose-tinted memory and fantasy.

That title was Bioshock:Infinite, and I’ll talk about that more next week.

People often accuse military-based games of glamourising a career in the armed forces, of painting a picture of heroism and bravado with none of the down-sides. Those people have obviously never played any of the ArmA series.

Join the military and see the world! Well, some of it, anyway. Mostly the bits of world behind heavy chunks of cover, the bits concealed by dense vegetation and at the bottom of muddy ditches. There is another option – you could choose to take in the beautiful vistas on offer due to ArmA 3’s almost unmatched view distance, but only if you’re happy with the prospect of instant, unexpected and at times inexplicable death at the hands of very fast moving pieces of lead.

So, after playing ArmA-3 do I want to join the real military? Do I want to crawl on my face for miles across rough terrain only to die without even hearing the shot that killed me? Do I want to be treated as expendable by my superiors, an asset to be tossed away for negligible gains?