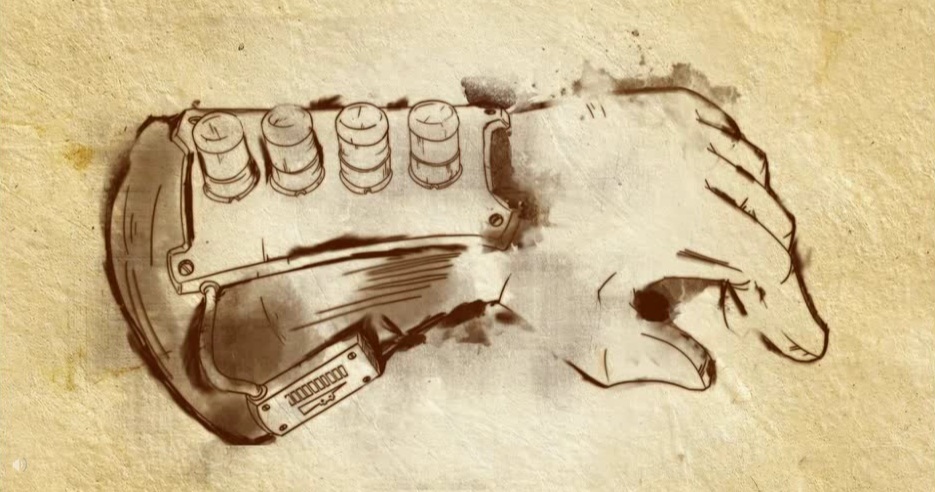 In case you missed it, Square Enix and Airtight Games‘ delightful-looking first-person puzzler Quantum Conundrum has an E3 video, pre-order discount and bonuses, and a release date.

Skip down a few paragraphs for the news and pre-order details, but here is some background on the game to refresh your memory.

Quantum Conundrum finds you dropped off at your weird uncle Professor Fitz Quadwrangle’s house (voiced by the inimitable John de Lancie) only to find he has gone and trapped himself in another dimension. With the help of Quadwrangle’s greatest invention, the Inter -Dimensional Shift Glove you make your way through the chaotic and extensive home to try to rescue him. The IDS glove can shift you through a number of dimensions which each have various properties: normal, fluffy, heavy and anti-gravity. One of your uncle’s previous experiments, a fluffy blue… thing called Ike, keeps you company and helps or hinders as best he can.

While it is clearly its own beast, Quantum Conundrum has drawn many comparisons with Portal not least for its physics-based puzzles, plethora of boxes, disembodied observing voice and general science-y feel. This may have something to do with QC’s Creative Director being Kim Swift, one of the minds behind Narbacular Drop which, as some of you may remember, was the original DigiPen project Portal developed from. Kim Swift and the rest of the Narbacular Drop team were hired by Valve. She later left and was snapped up by Airtight Games. What a career.

Anyhow, the news announced last week is that Quantum Conundrum will be released exclusively on Steam on June 21st. (QC will be released at a later date ‘this summer’ on PSN and Xbox Arcade). It will be priced at just under £10, or £14 for the ‘Season Pass’ which includes the game, soundtrack and pre-orders two DLC packs. If you pre-order before release, you get 10% knocked off the price and unlock three cosmetic items for Team Fortress 2. On top of all that, those who pre-order are automatically  entered into a draw to have themselves included as a portrait inside the game, which like everything else in the manor will change to reflect the style of each dimension.