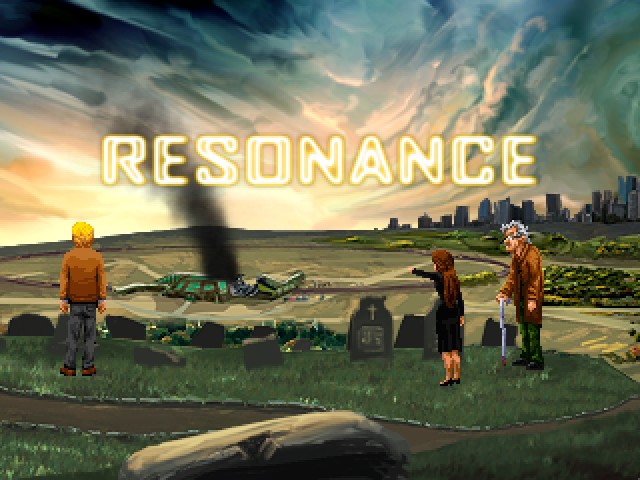 Today sees a new sci-fi mystery adventure unleashed on to the world. Resonance is another title in the point-and-click revolution. I gave the demo a whirl and this is what I found.

Resonance, developed by Vince “XII” Twelve and published by Wadjet Eye Games, is a near-future mystery about four people caught up in the chaos when a physicist, on the point of a discovery which could change the world, dies in an apparent accident that removed a neat sphere of matter from his laboratory.

The four characters are all controllable, at times multiple persons at the same time though only up to two in the demo that is available. Following a trend in Wadjet Eye Games, in addition to the standard inventory-based puzzles, Resonance includes memories and subjects as puzzle and conversation elements. You drag items from the environment to a character’s unique ‘short term memory’ slots and then they can be selected as topics in conversation. The art work is simply lovely, being detailed and natural while it is also clear what is interactive. There are plenty of environmental elements with unique responses, and unique to each protagonist in the scene too, which adds flavour and sells the characters’ personality. I found the puzzles all clear and logical, and though I struggled over wiring a fuse box – I can never do those – it became clear what I was supposed to do after a little thought. I felt like a genius completing some puzzles, and though I am sure it was by design that is a great feeling to get from a point-and-click.

Anyway, it’s well worth checking out the demo and if the rest of the game continues in the same quality it should be an adventure game classic. Resonance will be available on Steam from July 25th, but is available (with a free steam code) from Wadjet Eye Games now. Here is the launch trailer for a taster.