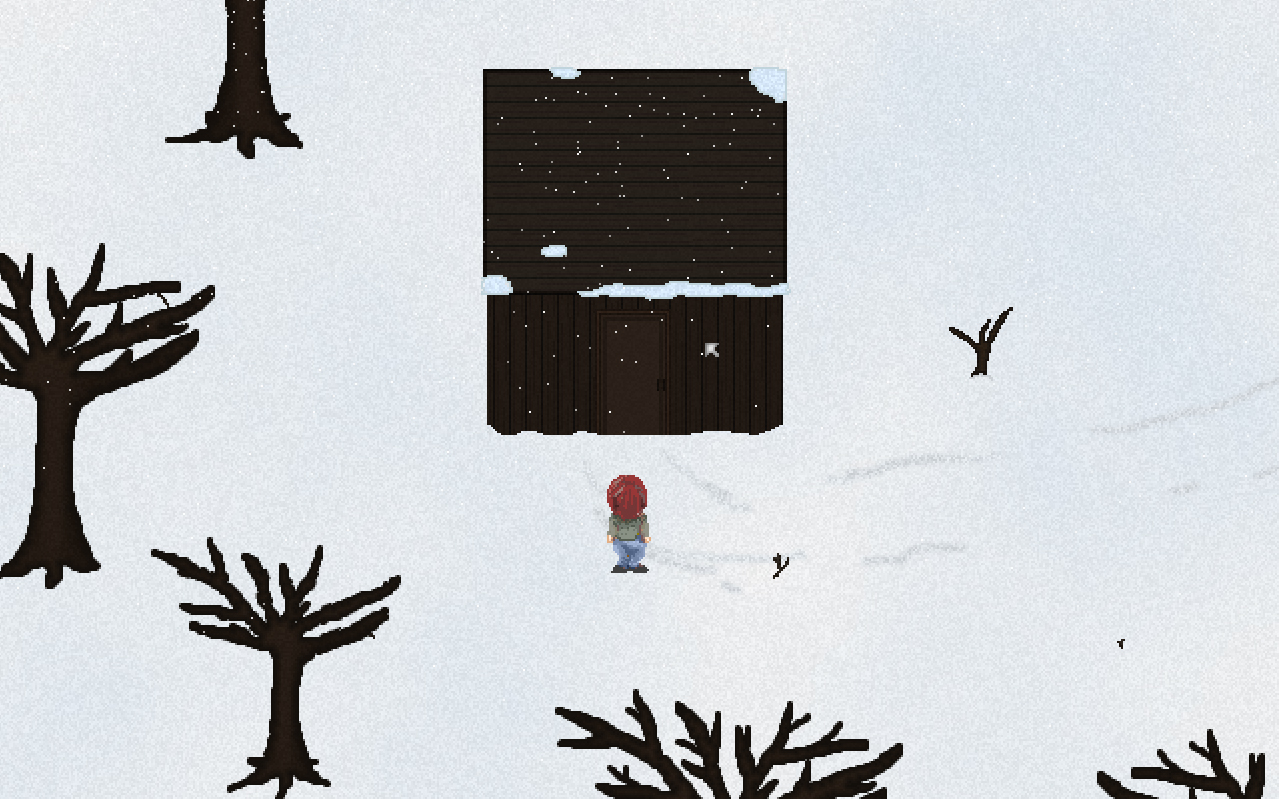 Games journalists are a funny breed. They spend so much of their time judging and critiquing those lovely little bits of art and code, that the inevitable happens. The thought streaks across the mind, “I could do better”, and sometimes, they do. Richard & Alice is such an attempt, from the journalistic minds of Lewis Denby and Ashton Raze, and is shaping up to be something rather special.

The snow is deep in the future. Set in a world of massive climate-change, R&A is a point-and-click story of a story, told through two sets of prison bars. Ex-military man-of-decency Richard, caged for an undisclosed breach of rules, suddenly finds the opposite cell occupied for the first time in a long time by the mysterious and distant Alice. Caged for murder, what follows is a series of flashbacks into Alice’s past – surviving the eternal winter plaguing the world, the evil and desperation that has become the norm, and protecting her slightly hyperactive 5 year old son from all of the above.

The exposition comes naturally from a woman that sees things as any mother would – with the safety of her son paramount. Even a blood-soaked bathroom is simply something else her son should never see, never mind what happened in there – just close the door. Even her distaste for guns is established early on, despite the inevitable prison-stretch for murder. The questions keep mounting during the entire 30 minutes of the alpha-build I played and – despite not exactly loving the format (point-and-click games tend to make me feel rather stupid), I am honestly left wanting more.

Shunning the more traditional point-and-click interfaces, R&A boils it down to basics. Left click for interact, right-click for “look”. It works in a way that my mind can cope with, and avoids any of the traditional nonsense of trying to “use” a “tree”. This is also one of those lovely games that have a response for just about everything – trying to open a door with a toy car gets you a motherly “Don’t be silly…”. It’s a small thing to note, but it belies a certain respect for your audience when you just know they will try to open a locked door with a toy car.

The visuals are somewhat rudimentary, but the writing feels top-notch so far; as it should from the mighty pens of our own breed. The sinister nature of this wintered future is expressive, the pleasingly few characters properly fleshed out, and the puzzles logical and straight-forward… so far at least. Scraps of paper found here and there carve out a world teetering on the brink of self-annihilation – empty cities, entire communities – frozen and cracked. There is also an understated vibe of forced-slavery flowing through Alice’s story that makes me slightly uncomfortable. It’s a story that grips, and I sincerely hope it maintains the interest through the full game.

I normally don’t do point-and-click games. Mostly due to the fact that I missed most of the good ones the first time around, and never thought of going back. Their brand of puzzles make my brain itch, and the convoluted interfaces tend to simply annoy me. But, as is generally the way with these things, I can always appreciate a good story. Richard & Alice brings this to the table and sticks it right under your nose – one sniff, and you are hooked. Really looking forward to this one, oh yes.