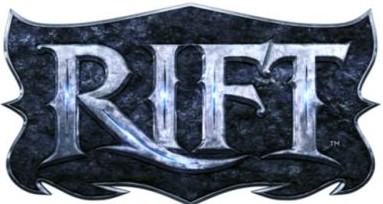 Let’s open this with some candour. To review an MMO after 23 levels and suggest I have experienced everything the game has to offer would be false, that’s why we’re calling this ‘impressions’. My highest level character is level 23, but I’ve tried out different classes and both of the starting areas, dabbled with the PvP battleground equivalent and ventured into a couple of party dungeons. So what follows needs to be kept in the context of what I’ve played. There are no doubt some amazing sights I’ve yet to behold, or perhaps even brilliantly told story vignettes hidden away in the higher level zones.

Rift follows the tradition of the ‘theme park’ MMO almost to the letter in much of its design. It is a quest driven, grind heavy, cool-down gazer, with lore you will probably zone out of after the first few quests. That does not mean it is a bad game. What it does mean, is that if those kinds of games – the Warcraft’s and Everquest’s of the world – don’t appeal to you, then this won’t either. Where Rift’s design shies away from the expected template is where it excels, it’s a shame this innovation only applies to some very specific aspects of the game. 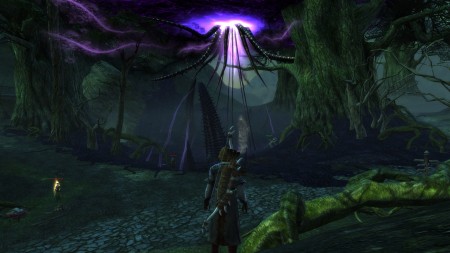 The story is about a rather ugly looking chap named Regulos, whose idea of a good time involves opening big portals that cause great big tentacles to snake through to the world of Telara, presumably with the aim of tickling it’s inhabitants to death. Unfortunately this well meaning jape has gone astray, and each of these portals or ‘Rifts’ as they’re called is accompanied by invading forces who wish to take over the realm of Telara on behalf of their master. You’re cast as a member of one of the two factions tasked with halting the invasions, either the machine-reliant Defiant, or the god-bothering Guardians. Unsurprisingly, these two factions are also at war with each other, lending some justification to the PvP shenanigans you’d expect in an MMO.

The titular Rifts are essentially an iteration of the public quests that first came to popularity with Warhammer Online. As a Rift opens, players will group together to fend off invasions in return for rewards and special currency. If a Rift is allowed to incubate it’s malice for long enough, the creatures that spill out of it will start trying to take over zones, killing quest giver NPCs and controlling previously safe areas. This is clever on a number of levels. Firstly it gives people not only incentive to group together, but literally forces you to work with others to save Telara; too often MMO’s limit the actual multi-player aspects of the game to optional dungeons, somewhat defying the point of their existence. Secondly, it means that repetitive grind is lessened, dynamic events that have you charging through areas, desperately sealing Rifts before the zone is overwhelmed are infinitely preferable to slogging through dozens of dull quests. Thirdly, the Rifts look awesome, they’re clearly influenced by Cthulhu-esque stylings, but they liven up what might otherwise be a rather generic looking (if pretty) fantasy world. The other piece of ingenuity to be found in Rift is the class system. There are four archetypes or ‘callings’ that are instantly recognisable to anyone whose played any kind of RPG before – Warrior, Rogue, Mage and Priest. While normally you’d expect each of these classes to perform a very specific role on the battlefield, in Rift there is a huge scope for experimentation and changing your role on the fly. Within each of the four archetypes are nine souls (one is specific to PvP for each archetype), you can use up to three of these souls at any one time, to create whatever combination you’d like. So for instance, within the Rogue class I found myself using the Bards support skills and heals, combined with the pet from the Ranger class, topped off with some damaging bow based attacks from the Marksman. Additionally you can purchase extra role slots (with in-game money, not real life currency thankfully), meaning you can switch between different soul combinations at any time. Most often people will use this to have one solo PvE class, one specific to group-play and one for PvP, but you can experiment and test out builds to your hearts content as long as you’re willing to shell out a bit of the in-game currency.

So we’ve established that Rift is a game with some great ideas, well implemented. The question is whether these things provide enough variety in the long term, that the game won’t lapse into the seemingly never ending grind that can plague many MMO’s. For me at least it is too early to say, but like all games of this type, who you play with is almost as important as what you are playing. Rift isn’t going to provide you with a stellar single player experience. Even if you’re hopping in and out of public events, there will still be long periods of time where you’re hauling through torturous quests, with morsels of armour and abilities, failing to sate your appetite for fun. Conversely, if you have a solid group of gaming friends and you’re seeking a new game to play together, Rift is an excellent choice. Good looking and with some clever innovations, it deserves a place at the MMO table.

One thought on “Rift – Impressions”