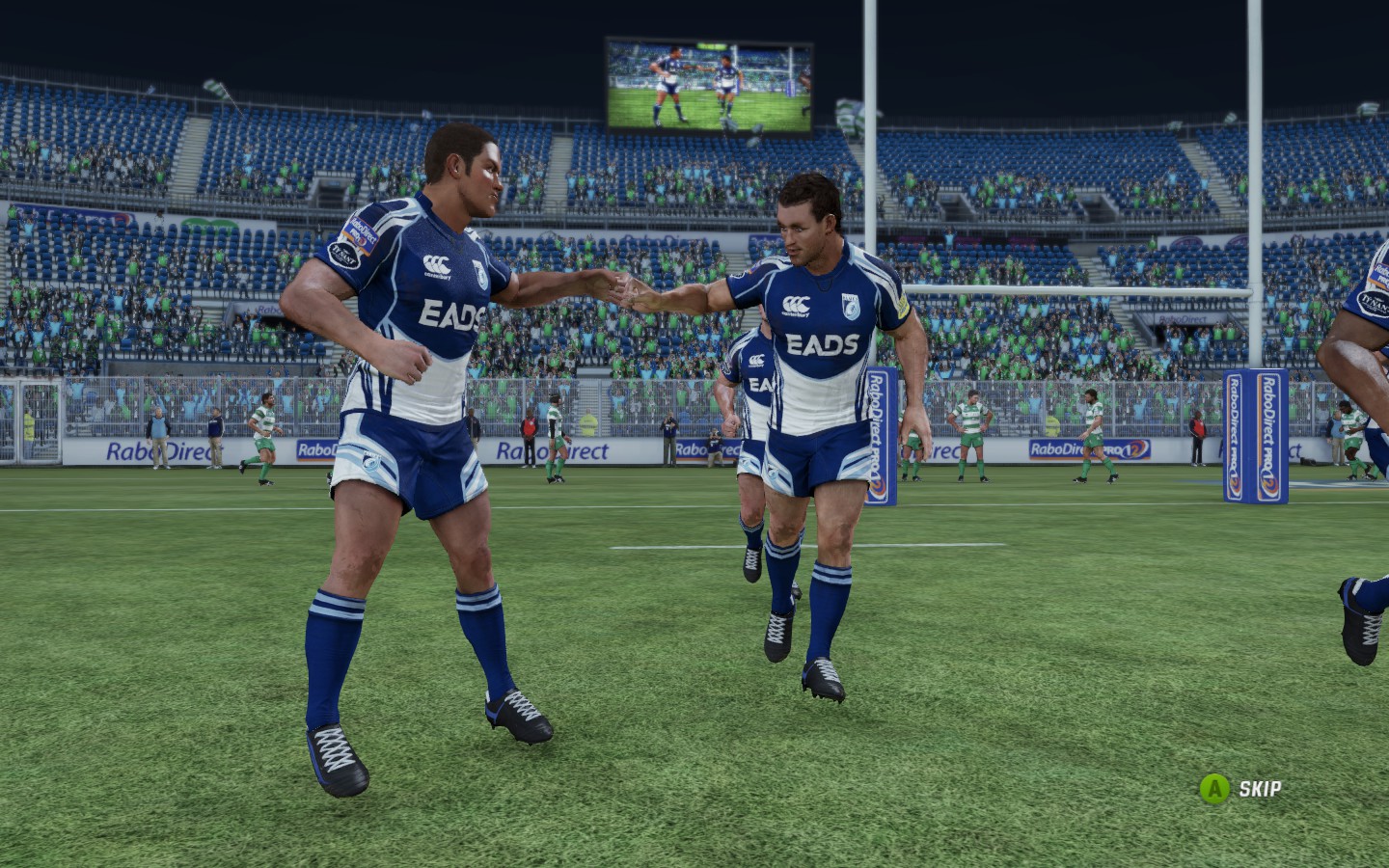 If you want to relive the amazing Rugby World Cup that came to end with a thrilling final which saw New Zealand win by a point from France, then you may as well try out Rugby Challenge, a decent little rugby game from New Zealand developers, Sidhe.

The full name of the game is Jonah Lomu’s Rugby Challenge in honour of the great man, but apart from a few special all stars teams, I’m not too sure why his name has been used in the title. In all honesty I was expecting a voice over from Lomu in the training sessions, but we aren’t fortunate enough to get that.

Despite the lack of Kiwi accented introductions, the training mode is an essential first stop, with a nifty video which explains the basics of rugby union a must see for those of you who aren’t entirely clued up with the sport. It is a simple way to develop an understanding of the overall aim of the game. Once you know what is involved in the sport it is worthwhile going through the tutorials which teach you how to play the game itself. You really have to pay this a visit if you want to stand a chance when you get to a match. Unlike football games where the basic controls are ingrained in our brains it is good to know that the shoulder buttons on an Xbox 360 controller are used to pass the ball and that A will kick it. Keyboard controls are present and correct on this PC version which I played, but I find the control pad leads to a more comfortable experience.

When you have got the basics of the game sorted in your head it is time to take to the field. From the off you will realise that this is a very impressive looking game with decent sounding grunts at the scrum. The match experience is fun and easy to get to grips with after a couple of matches, but it isn’t quite as in-depth as I was hoping. Rucks are simply a challenge of adding players in a loose or tight bind and hoping that the control meters swing your way.

It is a system which works well, but the animation becomes extremely stilted without any of the fluidity that you see in the game. In addition there seems to be a lack of penalties at this part of the game, the ruck is a key area where infringements are likely, but sadly they don’t occur as they should. Elsewhere the scrums are simple tasks of pushing up on the analogue sticks when two bars join and penalties or conversions require a bit of compensating for the wind then timing the swing of a bar. Due to the complexities of rugby, I can see why developers Sidhe have gone down this approach, but it does come across as being very arcade feeling at times. Despite this, the actual matches are fun affairs, working the ball into position get a crucial drop goal at the end of the match is moment to savour.

I fully realise that sport licencing is a tricky business, but the hodge podge level of licencing becomes very obvious when you are trying to recreate the glitz and glamour of the World Cup in your own home. Despite this, most of the major leagues and tournaments are present, some with the correct names and some without which means there are plenty of different competitions to play without touching the career mode. The career mode is where you will want to spend the majority of your time, here you can combine club and international play over a few seasons with the various tournaments that your chosen teams are involved in. For me I had Cardiff Blues in their league and European competition and Canada in the World Cup to break things up a bit. There isn’t much more beyond the matches, you can switch your players around if they are injured or you want to change things a bit, but there aren’t any tactical options or detailed team management tools like we see in FIFA and PES.

Rugby Challenge is good at what it sets out to do, which is provide you with a game in which you can just play rugby and enjoy the matches. There isn’t much depth to the career mode, but there are plenty of competitions to play around in and loads of different teams to play with. You could say it is the England of rugby games, does what it does well, but lacks in depth and tricks.

For more information on our scoring system please read this post.

3 thoughts on “Rugby Challenge – The Verdict”