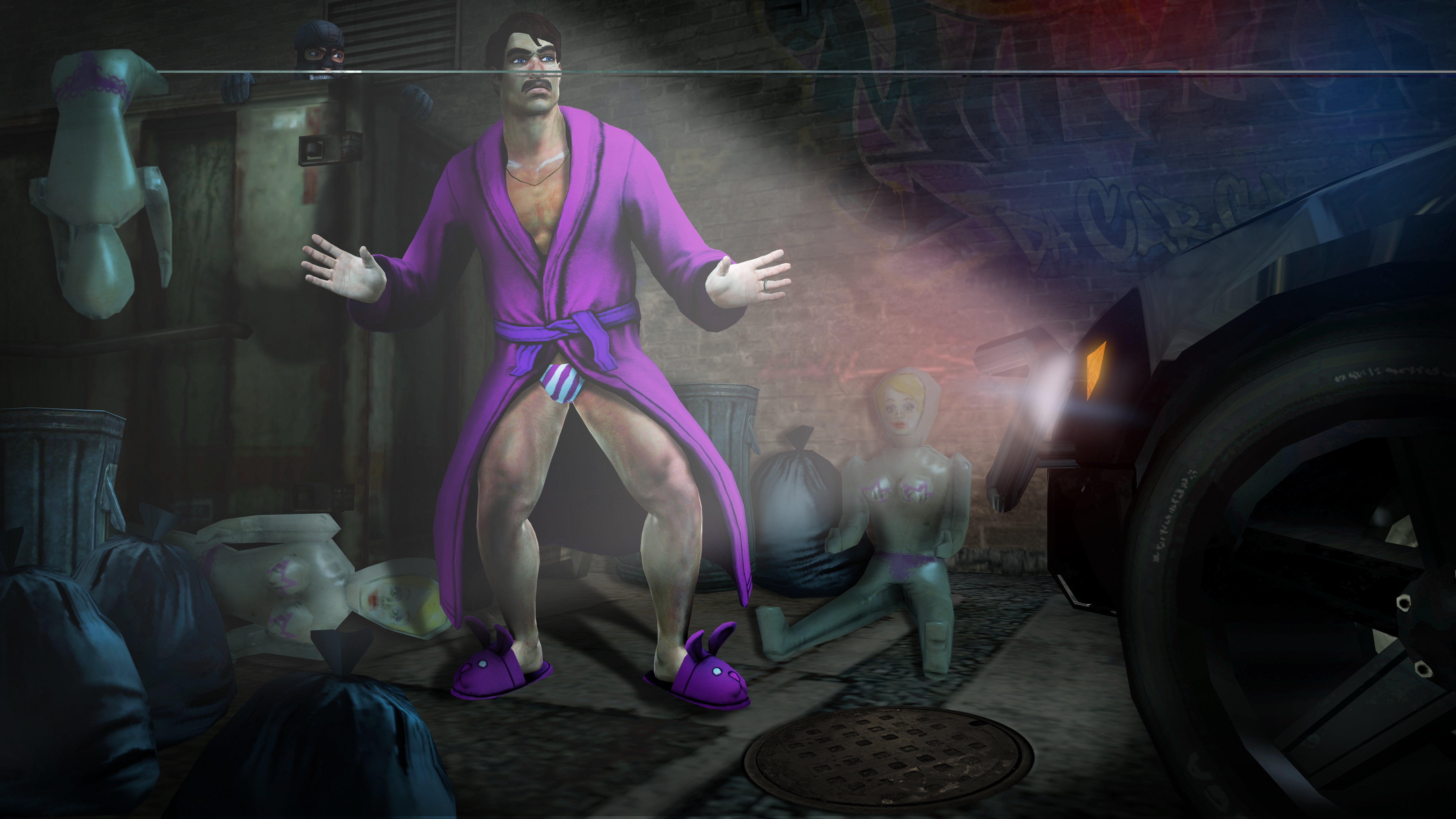 I can’t put my finger on it, but none of the previous games from the Saints Row series have ever made their mark on me. In fact, I had never played any of them until I saw the stand full of Xbox 360’s running the third entry in the series at the Eurogamer Expo. From the first moment I played it, I was in love.

I may not love it like Half-Life or Battlefield 2, but I was pleasantly taken aback by this game, I had followed the trailers and news surrounding it with only a small glimmer of interest taking for a poor mans Grand Theft Auto. How wrong I was to ignore it, Saints Row: The Third is, without a shadow of a doubt, the game I had the most fun with at the Expo, and in a world where we have a lot of really good games which don’t always make the leap into being fun to play on your own, this does stand out.

The level of character customisation would put the create a wrestler option from the WWE games to shame. I got to the game at one point and I found myself controlling a man with a giant bunny head, tattooed upper body and hot pants, it was so bizarre. Needless to say, I kept playing like that despite the ludicrousness of it.

In my hands on with the game, I spent the majority of my time driving around town assaulting people, stealing cars and knocking people flying off their motorbikes. Some of the animations when you run towards someone and attack them without any weapons are hilarious, I know I spotted at least one DDT along with a few more wrestling moves. Knocking people flying off their bikes is another richly rewarding experience with slow-mo kung fu kicks flying here, there and everywhere.

The few side missions I played were as barmy as the character customisation, in one you had to cause as much damage to your own body within a set time as possible to pull off a health insurance scam, much running into vehicles trying to get run over ensued. In another I was driving around wearing a flame retardant suit in a burning car trying to clear all the checkpoints with the time limit, touching another car instantly destroyed it and gave me bonus time. I also saw someone driving around with a tiger in the passenger seat, mauling at them as they drove. I’m not entirely sure how much depth there is when it comes to the main story, but from looking at the map there were plenty of icons indicating mini-games and side missions. It doesn’t really matter too much though, at the end of the day, Saints Row: The Third is fun, and that is all that counts.

One thought on “Saints Row: The Third – Eurogamer Expo Hands On”