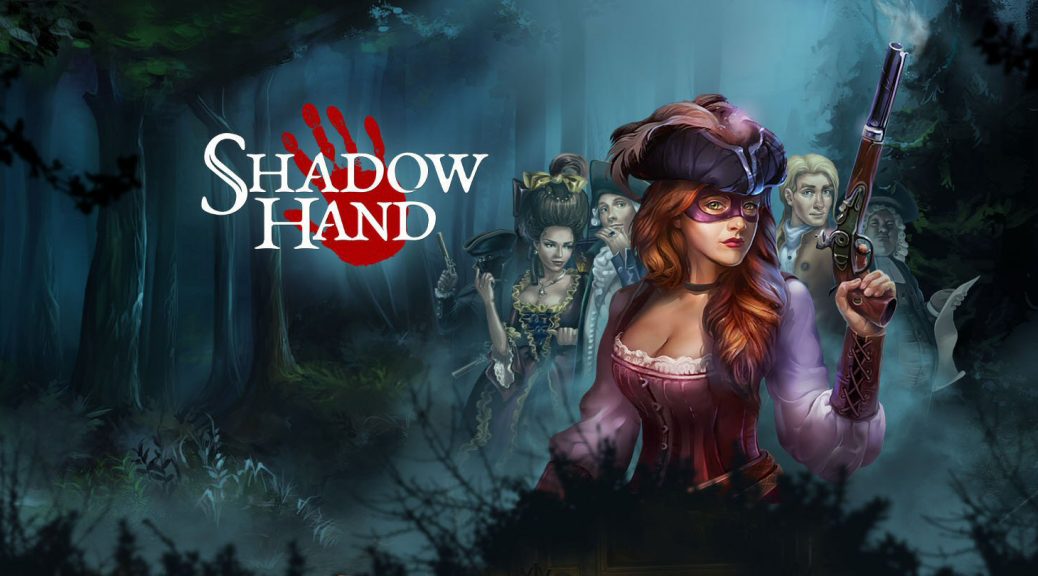 It was two years ago that I first laid sight on Shadowhand from Grey Alien games. It was at EGX, and I said at the time that it was a card game I could get behind, with a combination of RPG elements and solitaire style action. To celebrate the confirmation of the 7th December release date, a new trailer has been released. Hooray!

A lot of work has clearly gone on since I saw the game two years ago, with a fleshed-out story and more variety in the card combat. The story follows Lady Cornelia Darkmoor, an aristocrat who masquerades as a highwaywoman known as Shadowhand. Set during late 18th Century England, Shadowhand will find herself in a tangled web of corruption, smuggling and blackmail. There will be 22 chapters to battle your way through, so there should be plenty to keep you busy.

You can check the Steam page for Shadowhand for more details.