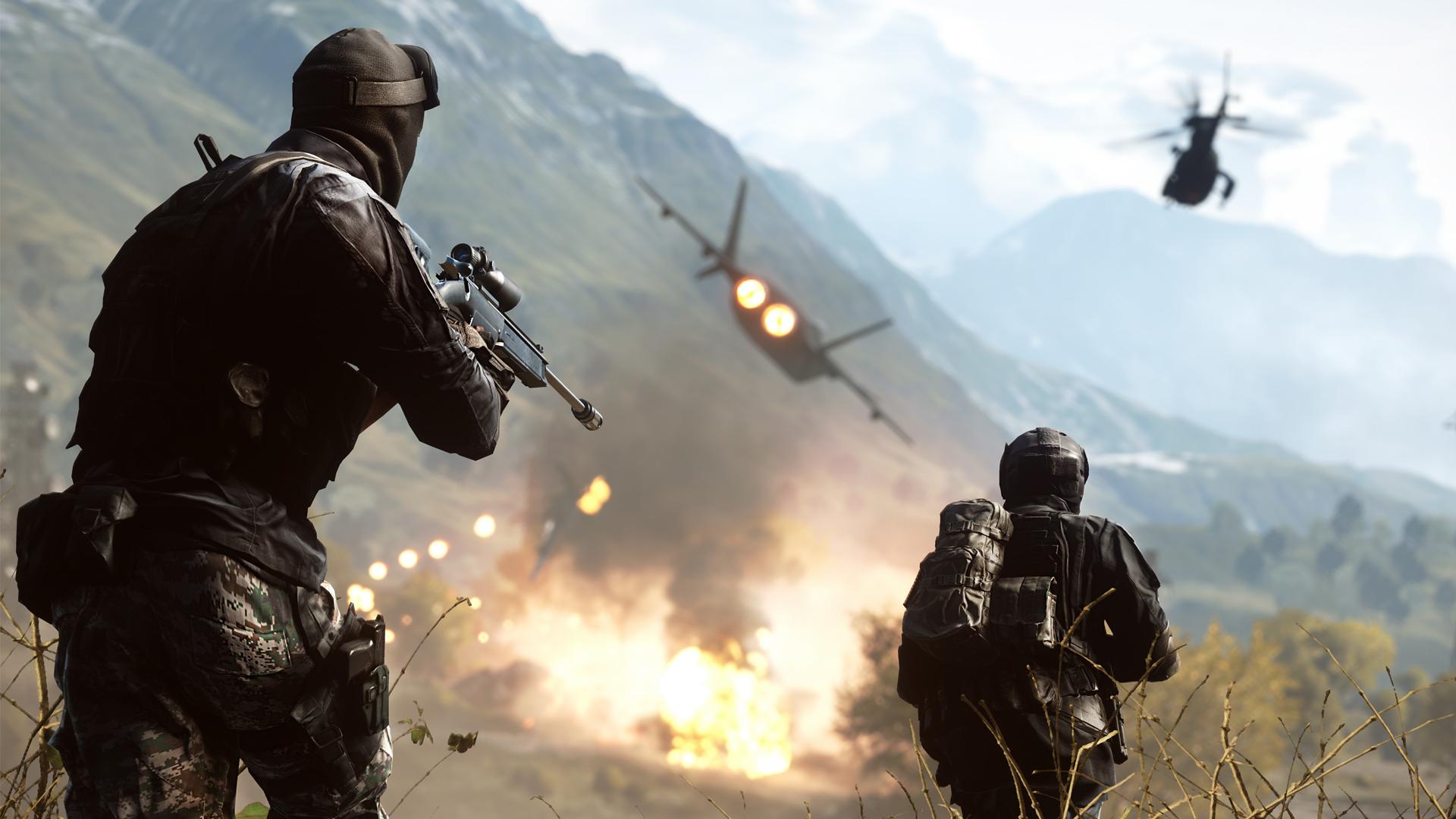 Battlefield is and should be about team based gameplay whether that be single player with AI or multiplayer with a team of friends. With that in mind it’s strange that the campaign of Battlefield 4 does such a terrible job of making you feel like part of a team. Instead you are a mostly silent bystander who opens a lot of doors and watches as everyone else engages in conversation with their backs to you. Sometimes they push you and trap you in corners as the in game scenes unfold. Sometimes they order you, the leader of the team to help move an object, get to a position or open yet another door and that’s about the extent of the interactions. I wish I could tell you that was the worst of what’s wrong with Battlefield 4‘s campaign, but unfortunately I’m only getting started.

Frostbite 3 is an engine well known for it’s ability to produce amazing graphics, DICE have obviously made the most of this and for the most part Battlefield 4 has some of the best graphics I’ve seen on the Xbox 360. Visual effects seem to be the only thing they have focussed on however, as the gameplay in the campaign suffers from the age old problem of being all style and no substance.

A big example of this is during one of the games set pieces, as a building you’re standing on collapses around you. You fall helplessly through floors and past enemies, all the time not being able to do a single thing about it and it sucks. Sure, the set piece moments look amazing but my guess is that because so many people complained about the QT events in BF3, the developers removed the majority of these and we now have the watch-as-cool-stuff-happens-around-you-and-you-cant-to-jack-about-it events, which are much worse. Would you still buy a game knowing you can’t play the best parts of it?

Thankfully Battlefield 4‘s multiplayer is an entirely different beast. A beast that has just been let out its cage and is hungry for fast paced action, destruction and the slumped bodies of soldiers recently crushed by falling skyscrapers. Thanks to the pre-release beta, the Siege of Shanghai map might well be the best known for anyone who doesn’t yet own the game. You might be surprised to hear there are actually ten maps in total and two new game modes in the base game, along with new vehicles and three playable factions. This news alone is enough to get me interested in the idea of playing battlefield multiplayer again and the new games modes really do fit in well to the roster.

The first of the new game modes, Obliteration sees both teams with high value targets that need defending from the enemy. A bomb will randomly spawn on the map and it’s your task to transport that bomb to the opposing teams high value targets whilst simultaneously defending yours in case of a counter attack. This game mode calls for high amounts of team co-operation and usually works best when everyone travels together across the map, aiding the bomb carrier until he reaches one of the targets. When planted the bomb has to be defended for a short amount of time until it detonates, so it’s not simply a case of making it to the target.

For those who are veterans of Battlefield, Defuse the second game type added to BF4, is a rather different kettle of fish. For starters you only get one life per round, once you die you can either quit or watch over your team mates shoulders as they continue with the game and respawn as the next round begins. Secondly, Defuse focuses on infantry only gameplay in small maps much like you would see in team deathmatch. The aim of the game is for one team to defend a point on the map, whilst the other carries a bomb to that point and attempts to detonate it. The game will be over if the attacking team detonates their bomb or if all players on one side die, unless the bomb has been planted with only one defender still alive, in which case they would still need to defuse the bomb before it detonates in order to win the round.

This game type produced mixed reactions from me at first as I wasn’t sure it fitted into the Battlefield style of play, but after a few games the hardcore feel to this game type really affected me. I found myself being more cautious, aiming faster and more accurately and sticking with team members more often. This could in turn transfer to the other games and improve your play style overall. The only problem is if this is the game you favour above all, unlocking new weapons and levelling up would take forever as you gain little XP from playing it.

If I was considering Battlefield 4 simply as a multiplayer game, this review would certainly score much higher praise. But as things are it seems like a brilliant multiplayer game has had a single player campaign tacked onto it in order to justify another full priced retail release. Did DICE/EA really need to release a new game for what is essentially the same experience with some new game modes and vehicles? Certainly not and it shows, almost as if the campaign was one big afterthought. Poor AI, buggy checkpoints, forgettable characters, ghastly textures in startlingly obvious places like the sky, and an unusual system of unlocking guns in a single player campaign simply don’t work and drag down the fine work that has been moulded and improved upon in the multiplayer portion of the game.