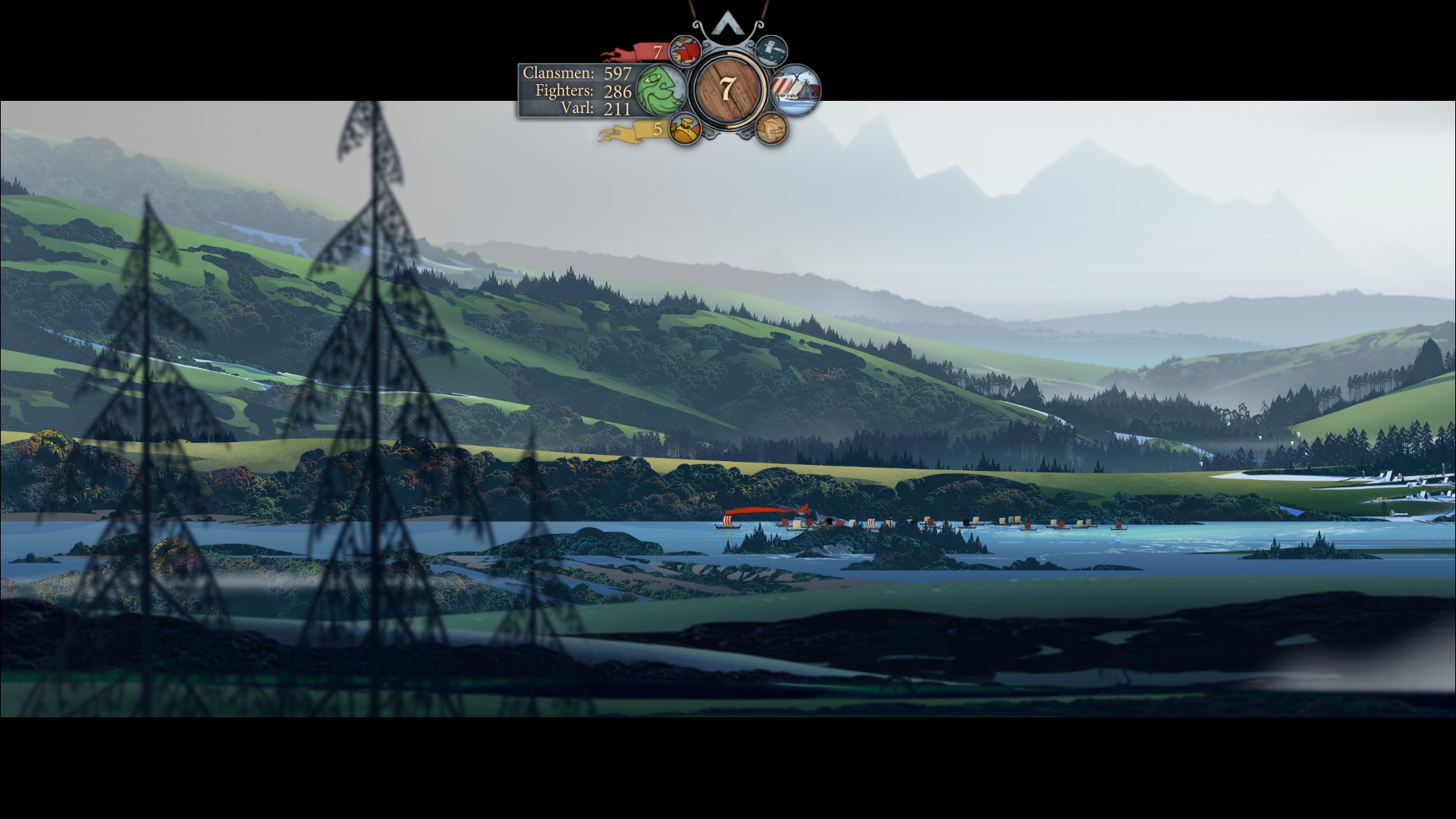 This is only a short Verdict on The Banner Saga 2. Jon was originally lined up to take a look, but work matters took priority, so I have bravely stepped into the breach. However, I haven’t played the first Banner Saga, so this review is coming from a newcomers’ perspective.

For reasons that will forever be lost to me, I never played the first Banner Saga when it came out in 2014. Looking back, I was busy racing around in Assetto Corsa and watching the Super Bowl. Two very valid activities, but it meant I missed out on Stoic’s inspired artwork and storytelling. Now that I have played some of The Banner Saga 2, I realise that I will have to go back and start the adventure from where it belongs – the beginning. Before I do that, it is worth sharing some words on the second part of the Saga. The first thing to say, is that you can come into The Banner Saga 2 without having played the first game in the series. A handy recap brings you up to date with the story, and when you start, you can choose to import a save file, or start afresh with Alette, or her father, Rook.

Being new to the series, I chose to start with Alette, a young archer who is charged with leading a caravan of survivors to safety and escape the Dredge while taking part in some extremely good turn-based battles.

I might have come into the story at the mid-point, but I have already found myself engaged with the characters and the world as a whole. Part of that is down to the excellent writing and important choices you have to make as you make your journey, the other part is thanks to the beautiful artwork. Whether it be in the battles, while the caravan is travelling, or the moments of conversation, the artwork is constantly drawing you in, and informing you of the world these characters inhabit and their motivations for being there. I didn’t think I would find myself drawn into the story so much, but that is why I feel like I need to leave the game shortly after completing the first Chapter, and go back to the first game so I can fully appreciate the histories of these complex characters. I could easily carry on playing The Banner Saga 2 without completing the first, but I would feel that I am doing a disservice to creators in not being fully aware of the context of the decisions I am making.

The decisions you have to make as the caravan travels towards safety (at least, I hope there will be safety) in Arberrang are thought provoking with sacrifices potentially being made for the greater good. Will you leave your followers who are struggling to get picked off by the Dredge, or will you stand and fight? It might be simple, but the turn-based battle can lead to further consequences later on. Combat has a pleasant depth as you balance different Hero types and abilities against a formidable foe. Fans of turn-based strategy will have a field day here, sadly my strategic abilities aren’t my strong suit so I’ve been playing with the difficulty turned down.

That’s not a problem though, it means I can be more relaxed and enjoy the story moments that develop during battles while ensuring I maintain momentum in the game without being let down by my own ineptitude. While I will be leaving The Banner Saga 2 early, it is for the best reason, I want to become further invested in the tale that Stoic are telling. For anyone who played the first game, this is a must-buy. For anyone who is a fan of good storytelling, fantastic artwork and good turn-based action, I recommend picking up both games, I doubt you will be disappointed.

For more on our scoring system, please read this post.